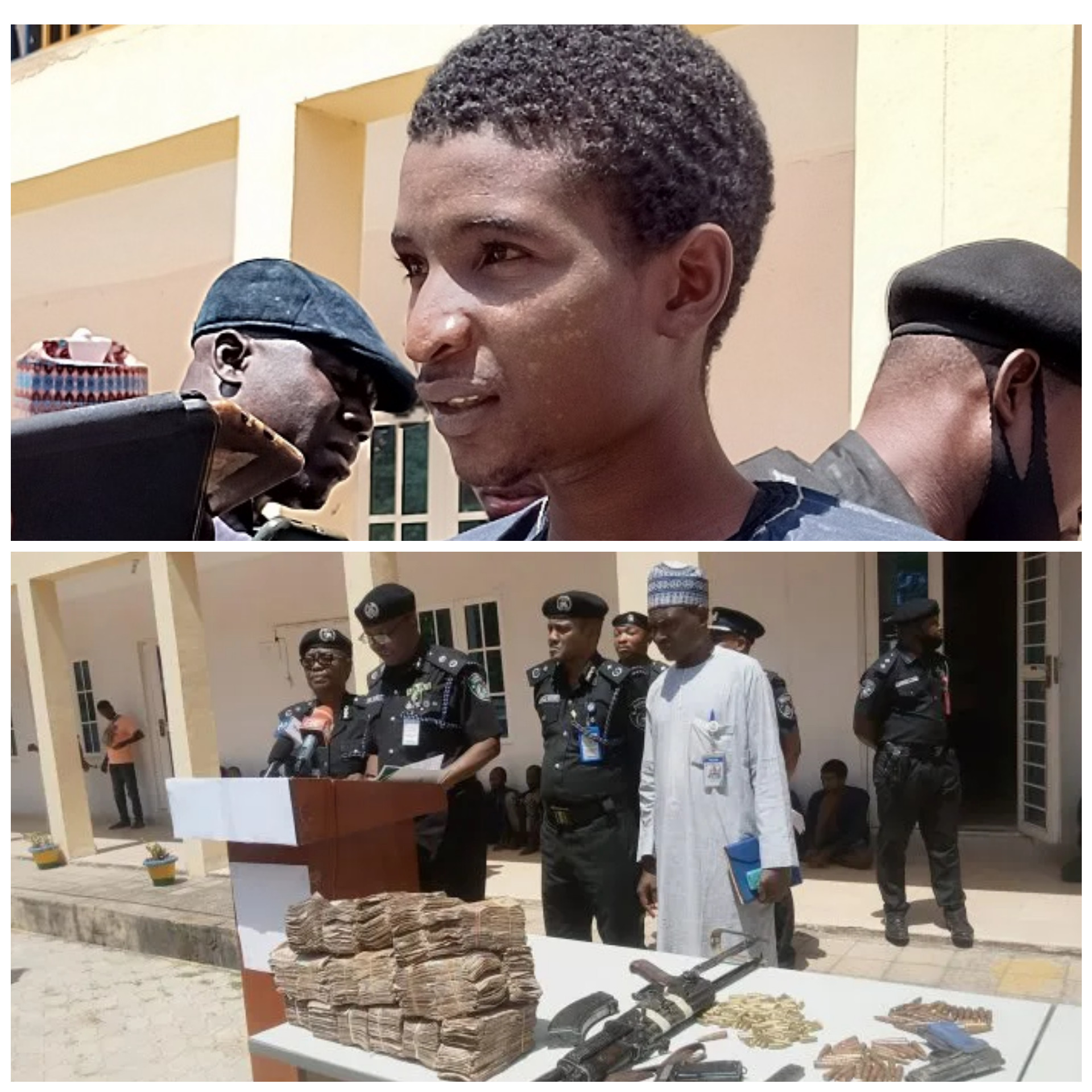 The Commissioner of Police in the state, CP Mamman Sanda made the disclosure while briefing newsmen at the Command headquarters on Tuesday, October 18, 2022.

The CP said N8.4million cash, weapons, motorcycles and other exhibits were recovered from the suspect.

“On 16/09/2022 at about 1730hrs the Command arrested the 20 years old Abubakar Isah at Tashan Daudu, Soro via Ganjuwa LGA at Gobirawa,” the Commissioner stated.

“The following exhibits were recovered in his possession; Eight million four hundred- and sixty-six-thousand-naira (N8.466,000.00) cash, one SMG rifle with ninety-two live ammunition, One empty magazine SMG OFN rifle, One 7.62mm calibre of live ammunitions, Eight different models of phones, one MP3, one Honda Motorcycle, one Cutlass.” he added. 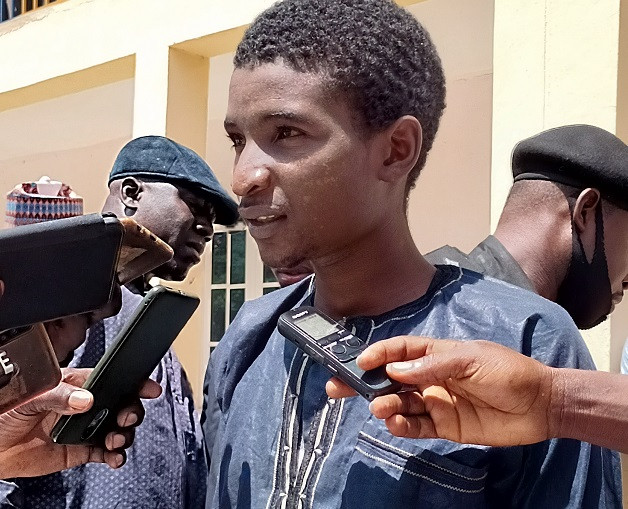 While answering questions from journalists, the suspect insisted that he is innocent of the crimes though he agreed that all the exhibits were found in his possession at the point of arrest.

According to him, he is a cattle rearer and was contracted by one Ibrahim who is now at large to go to another village to rear some cattle for him for a period of time after which he will be paid the agreed sum.

“On the day I was arrested, I was on the back seat of the motorcycle which was driven by my boss going to the village where I will tend the cattle for him, he did not tell me the name of the village, he only asked me to go with him,” he said.

“He gave me a bag to hold while he drove the motorcycle. When we got to the bank of a river where we were to board a canoe to cross to the other side, we just saw Policemen with guns pointed at us. My boss jumped off the motorcycle and ran away. I was then arrested and brought here,”

Probed further, he insisted that he was innocent and he did not know what was contained in the bag until it was opened at the Police Command headquarters saying that,

“I only held the bag without knowing its contents, that is the reason I am here,” the suspect added.

The Police Commissioner said that all efforts to get him to talk so that his boss and others can be traced and arrested proved abortive as the telephone number he gave has since been switched off.

The CP said from the look of things, the suspect belongs to a gang of kidnappers because there is no way someone of his age will have such an amount of money and the sophisticated weapons found with him.

“From the foregoing, it is obvious that the Bauchi State Police Command has not been resting on its oars in the areas of crime bursting towards ensuring adequate peace and security in the State”, the Commissioner added.

“We shall not relent and we shall continue to deliver on our mandate to protect lives and properties of the people of Bauchi State by ensuring a peaceful and conducive atmosphere to enable the good people of Bauchi State to go about their normal and lawful businesses and to keep them abreast on the progress of the Command regularly.”

I know Ghanaians are suffering - Akufo-Addo