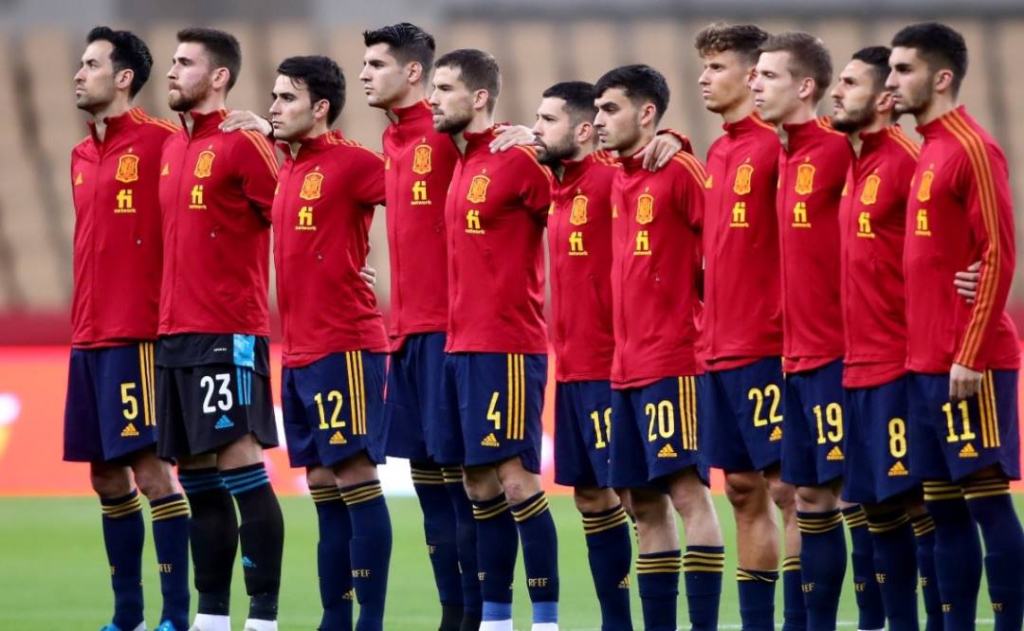 Spain’s preparations for the Fifa World Cup Qatar 2022 promise to be very different to their chaotic build-up to Russia 2018.

La Roja were rocked to the core when coach Julen Lopetegui was sacked two days before their opening match against Portugal, after it was announced he would be taking over at Real Madrid following the World Cup. Fernando Hierro was hastily appointed caretaker and Spain went on to share the points with the Portuguese in a thriller, edge out Iran and secure the most nerve-wracking of draws with Morocco to advance to the last 16, where they went out to the hosts on penalties.

In the four years since then, Luis Enrique has transformed Spanish fortunes. Though not the firmest of favourites for the Trophy – Enrique himself has Brazil and Argentina down as the teams to beat – Spain should be in the mix. A young side with a sprinkling of experience showed just how competitive it can be in reaching the Uefa Nations League final and the semifinals at Uefa Euro 2020.

All is calm in the Spain camp these days. Having made a fine start to their latest Nations League campaign, and with a much-needed generational handover now behind them, La Roja have high hopes of their exciting new breed. A side built for the future but with the ability to make an impact in the present, Luis Enrique’s Spain have what it takes to go deep at Qatar 2022.

Luis Enrique had no hesitation in making the Athletic Club keeper his No 1 ahead of David de Gea, who had stepped into the great Iker Casillas’ shoes. It has proven to be an inspired choice, with Simon establishing himself as a mainstay of the new-look Spain.

A star of Euro 2020, he has character and mental strength to go with his adventurous style, as he showed in keeping it together after a costly error against Croatia in the last 16 at that tournament. Unafraid to play the ball out with his feet, Simon had a big hand in the subsequent quarterfinal win over Switzerland, with his saves in normal time and the penalty shootout taking the Spanish into the semis, where they lost to eventual champions Italy.

Simon is now an undisputed first pick ahead of De Gea and Robert Sanchez, the two other keepers Luis Enrique usually calls upon. The first link in Spain’s creative chain, thanks to his ability to pick a pass and build play, he has earned the confidence of his teammates and the fans ahead of Qatar 2022 and has grown in belief with every game.

Born in Agen, France, Laporte took out Spanish nationality in May 2021 and was immediately called up by Luis Enrique to solve La Roja’s problems at the back. With Sergio Ramos out of the picture and Gerard Pique out of form, Laporte became irreplaceable, starting and finishing every one of Spain’s games at Euro 2020.

Having moved to Spain at the age of 16 and spent the next few years learning his trade at Athletic Club, he joined Pep Guardiola’s Manchester City in January 2018 and became a permanent fixture in the centre of the Citizens defence.

The left-footed centre-half is a first choice in a rearguard where Pau Torres, Eric Garcia and Inigo Martinez are still vying to become his regular central-defensive partner and where Cesar Azpilicueta, Marcos Llorente, Jordi Alba, Dani Carvajal, Gaya and Marcos Alonso have all auditioned for the left-back slot without entirely convincing Enrique. After Simon, Laporte is the next cog in the Spanish creative machine, a player who specialises in bringing the ball out of defence: “I love being on the ball and playing,” he said in an interview with Spanish newspaper El País.

“Did you see the Euros Pedri had?” asked Luis Enrique in the wake of Spain’s semifinal defeat to Italy in England last year. “I haven’t seen any 18-year-old do that in any competition, not even Andres Iniesta. How he played! How he found space! His character! I haven’t seen anything like it. It’s just mind-blowing.”

Those words sum up the importance of the young Barcelona tyro in the Spain set-up. A No 10 for his country and a No 8 for his club, Pedri has a big future ahead of him. As for the present, he is already generating plenty of excitement. One of the biggest talents in world football, he combines exquisite technique with the intelligence to sniff out, occupy and make the most of any space available to him. Brimming with attitude, impudence and confidence, he has shown the character needed to fill two of the most demanding jerseys in the game. Versatile with it, his understanding of the game is such that he can slot in wherever he is needed: wide midfield, in the hole and on the wing.

Pedri is the figurehead of a new breed that also features the impressive Gavi, another 18-year-old La Masia product to have gained the trust of Luis Enrique, who defied the critics by not just calling up the talented teen but handing him a starting place. A favourite of Xavi’s at the Camp Nou and naturally talented, Gavi is not afraid to roll his sleeves up and hunt the ball down, just one of the factors that make him a special player. “He’s an erupting volcano. It’s very hard not to love Gavi,” said the Spain coach.

Barring a major surprise, Busquets will be the sole surviving South Africa 2010 winner in the squad at Qatar 2022. In a revitalised, new-look side, he stands for experience and remains every bit as important to Luis Enrique’s system as he does to Xavi’s at Barcelona.

A schemer who makes up for his perceived lack of physical presence with an intimate knowledge of the game, Busquets keeps it simple in midfield, performing his conductor’s role to perfection. One of La Roja’s modern-day greats, he is sure to have a prominent part to play in Qatar.

The Secrets of La Roja

How Spain dazzled the whole world on their way to lifting the Fifa World Cup in 2010.

An injury picked up on Nations League duty saw Torres ruled out of the decisive World Cup qualifiers against Greece and Sweden last November, having already made a significant contribution to the campaign. La Roja’s leading scorer of the Luis Enrique era and the side’s top marksman in the Qatar 2022 qualifying competition with four goals, Torres is a key part of the Spain attack.

A versatile performer who can occupy a number of different positions, Torres has no problem switching roles during the course of a game. Though yet to hit his best form for Barcelona since his move from Manchester City, his ability to create space and find the back of the net are crucial for a Spain side yet to decide on its No 9 at Qatar 2022. Torres is at his best wide on the right, thanks to his knack for slipping past defenders and getting to the byline and for cutting in and finding the target.