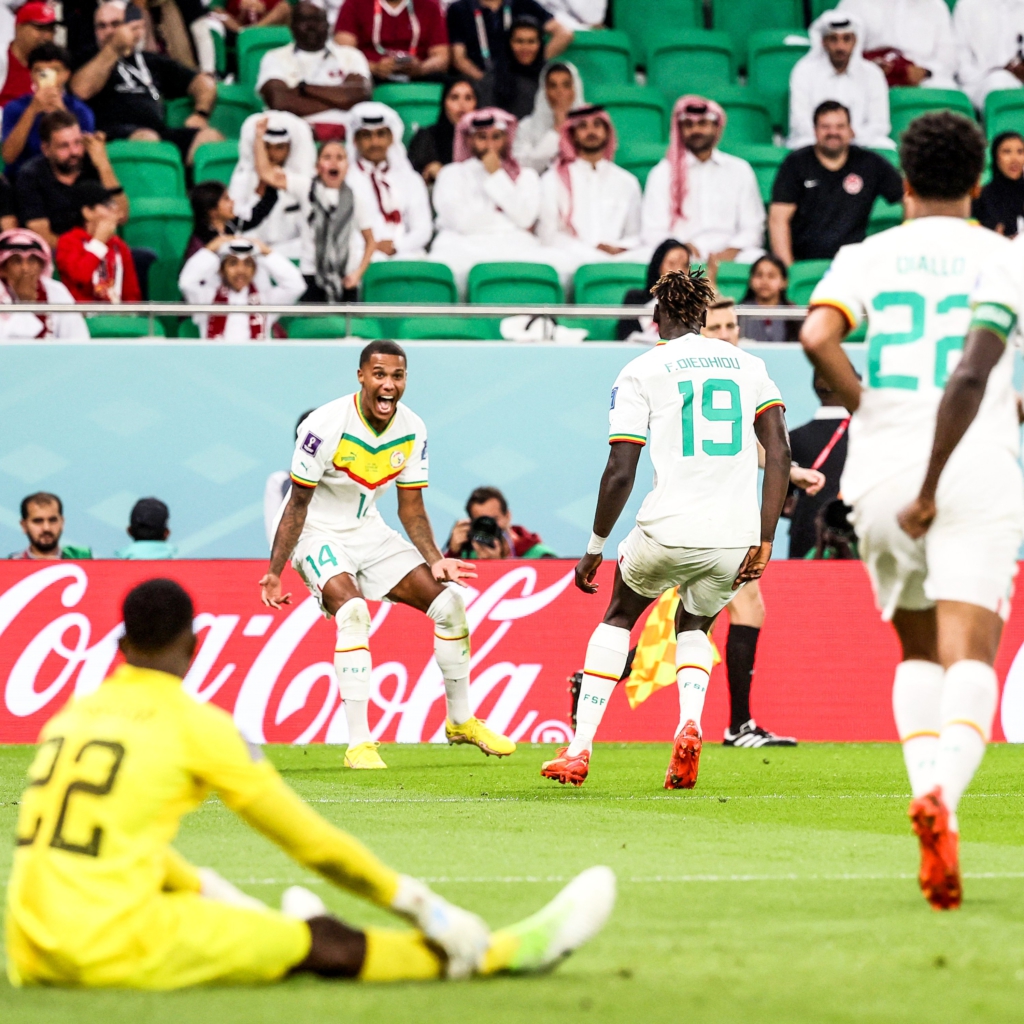 Senegal became the first African country to pick up a win at the 2022 FIFA World Cup following their win over Qatar on Friday, November 25.

Goals from Boulaye Dia, Famara Diedhiou and Bamba Dieng were enough for Aliou Cisse’s side who recovered from their first-game loss to the Netherlands.

Mohammed Muntari came off the bench to score a consolation goal for the hosts but it wasn’t enough to salvage any point.

The defeat, however, leaves Qatar on the brink of elimination having also lost their opening game to Ecuador last Sunday.

Four minutes before halftime, Dia scored to end the scoreless tie and make up for Boualem Khoukhi’s errant clearing.

When former Bristol City striker Famara Diedhiou rose to flick in a beautiful header just three minutes after halftime, Qatar’s chances of bouncing back in the second period were crushed.

When Sarr tripped Akram Afif in the area during the first half, Qatar felt they should have been awarded a penalty. However, Antonio Lahoz only awarded a goal-kick, much to the ire of the home crowd.

Almoez Ali and Ismail Mohamad were both denied by incredible reflex saves from Chelsea goalkeeper Edouard Mendy, but he was powerless to stop Mohammed Muntari’s thunderous header.

After two games, Qatar was in search of an equalizer, but Bamba Dieng’s goal deflated the home crowd and dropped their side to the bottom of the group with no points.