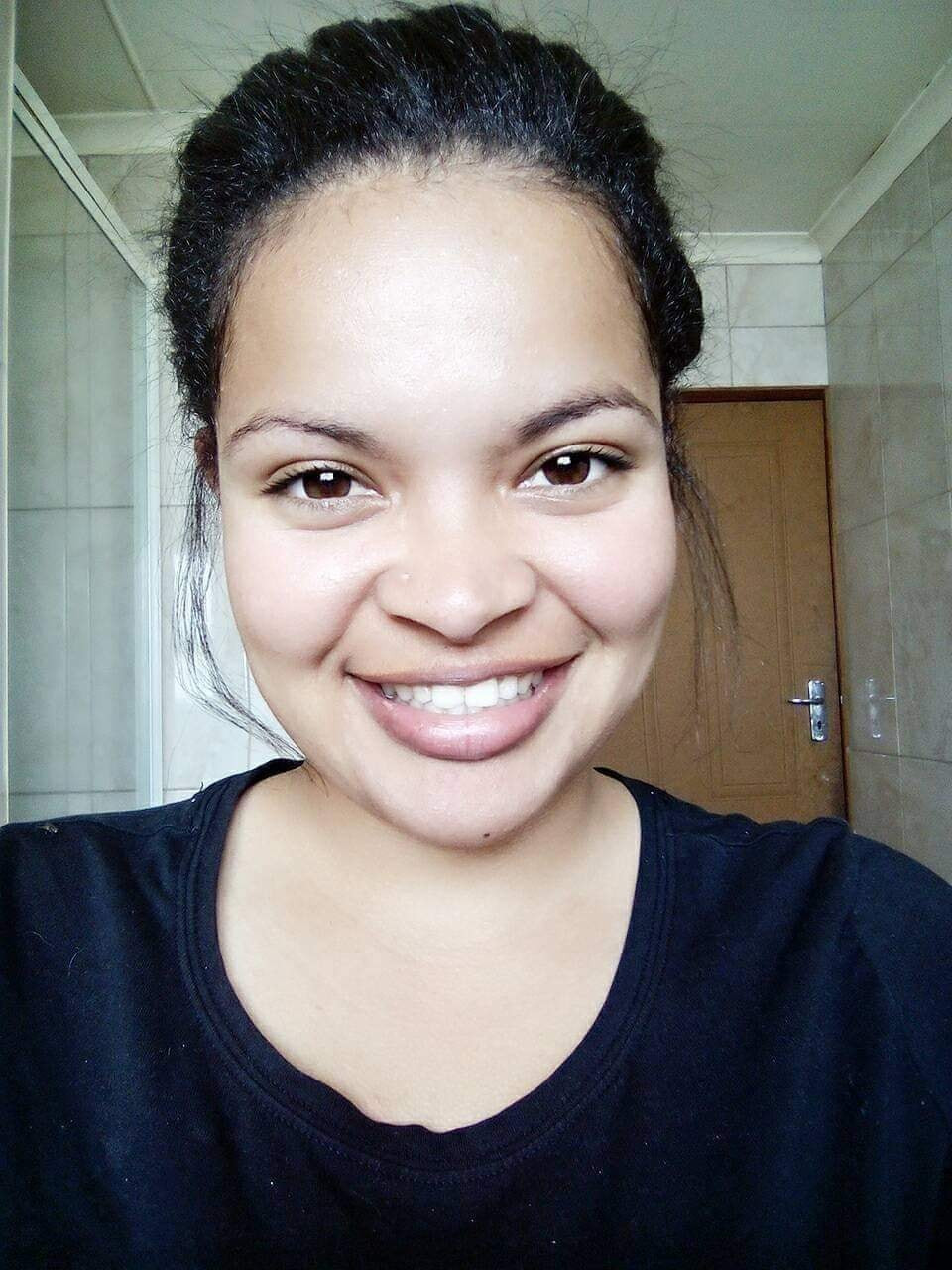 A 27-year-old woman, Kristy James was brutally murdered by her friend while at work in Mossel Bay, Cape Town, South Africa.

It is alleged that the suspect used a knife and stabbed parts of Kristy’s body 30 times.

Police spokesperson, Warrant Officer Pieter Koekemoer, who confirmed the incident on Tuesday, October 18, said the victim, who worked at NDK Valuers was attacked by the 32-year-old suspect at around 3.30 pm on Monday.

He said the victim was stabbed multiple times over her body and the blade of the knife broke off during the attack.

Koekemoer said when police arrived on the scene the victim was still alive and could speak to detectives.

However, she died on her way to hospital.

The suspect sustained a cut to her hand during the attack and is currently under heavy police supervision at the Mossel Bay Hospital.

She will make her first court appearance in the Mossel Bay Magistrate’s Court on Thursday, October 20, on a charge of murder.

It is yet to be established as to what led to the suspect whose name is yet to be released to kill her friend.

The knife wielding suspect is a known individual to the James’s family and it has been said that she was a close friend with Kristy and the family.

Kirsty was a young mother of 1 and she leaves behind a grieving mother who recently lost her husband.

Her mother wrote a heartfelt message on Facebook, addressing it to the murderer and said: “I forgive you for what you have done , Kirsty loved you so much and held you at the highest regar , my heart goes out to your family and children.”

“How do you as a woman take another woman’s life, how do you as a mother take another mother’s life Don’t you think of both of y’all’s kids going to lead down there? As a mother, how do you think of all the consequences that will follow after you commit the kind act? My heart bleeds for you too because your children are leading just as hard down there. The Lord forgave the murderer, so we as humans must also forgive you, but how are you going to live with the murder you committed every day? That is a punishment that you give yourself first and forever.” she wrote. 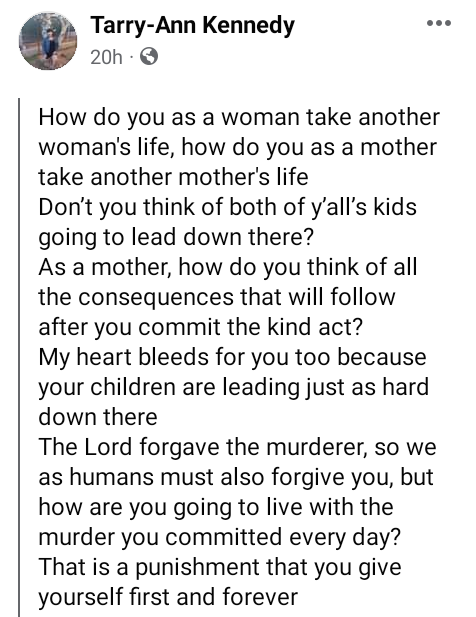