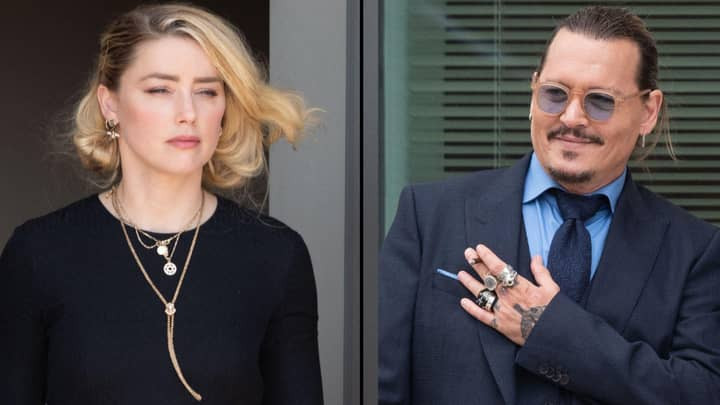 American actress, Amber Heard and her new legal team have filed a 16-point argument in her appeal against her ex-husband, Johnny Depp over their defamation trial.

According to the documents filed to the Court of Appeals of Virginia, Heard, who owes Depp $10.3 million in damages, claims her ex-husband misled the jury into believing she was on trial for statement prior to her domestic abuse allegations.

Depp, who only owes Heard $2 million as a result of the trial, sued her for defamotory statements made in her 2018 Washington Post op-ed piece about sexual violence, which Heard said did not name Depp as an abuser directly.

Heard claimed the trial had a lack of ‘clear and convincing evidence’ for actual malice, the very standard of a defamation case, and called out the court’s alleged failure to invalidate the damages awarded to both her and Depp after ruling they both defamed each other.

‘Inherently and irreconcilably inconsistent,’ the appeal stated of the damages awarded to both.

Heard’s 16-point argument begins with a claim that the heated defamation trial, which gripped the nation over the summer, should’ve been dismissed as is because it belonged in a more appropriate setting than Fairfax, Virginia.

Depp’s team had pushed for the trial to be held in Fairfax county because that is where the Post is printed.

Heard’s team also argued that the court erred in not allowing into evidence the fact that Depp lost a similar defamation trial against his ex-wife in the United Kingdom, and his statements following that loss.

They also condemned the court for allowing testimony about Heard’s lie that she donated $3.5 million to the ACLU from her divorce settlement despite telling the UK court that she had.

At the heart of her appeal was the claim that the court mistakenly allowed Depp to argue or suggest that damages could be awarded based on statements prior to the publication of the 2018 op-ed piece.

Much of the couple’s disorderly conduct was put on display in the trial, including allegations that they attacked each other during their tumultuous relationship before their 2016 divorce.

Arguing that Depp’s allegations against his ex-wife should have been solely centered on the op-ed piece, Heard’s team claims the court wrongly ruled that the statements made in the Post were ‘actionable as statements of fact rather than non-actionable expressions of opinion.’

In other words, the lawyers argued that Heard should have been protected by the First Amendment and that Depp had no case because he was never named in the op-ed piece.

‘The trial court erred in denying the motion to set aside the jury’s verdict with regard to Mr. Depp’s failure to prove that the allegedly defamatory statements in the challenged op-ed each conveyed a defamatory meaning about him by implication and that any such implication was both designed and intended by Ms. Heard,’ the appeal document states.

Specifically, Heard took issue with the implication that she had published the op-ed pieces headline, ‘I spoke up against sexual violence—and faced our culture’s wrath. That has to change,’ which she claimed was not the case.

At the end of the defamation trial, Depp, 59, was awarded $ 10 million to $15million in compensatory damages and $5million in punitive damages.

The judge later capped the damages at the state’s maximum of $350,000 leaving Depp with a total of $8.35million.

Meanwhile, Heard won one of her three countersuit claims related to statements made by Depp’s lawyer suggesting the actress and her friends had trashed their apartment before calling the police.

The actress was awarded $2 million in compensatory damages out of the $100 million she sought.

A day after Heard’s team filed an appeal, Depp’s team did the same to overturn the couple million the actor owes to his ex-wife.

The Pirates of the Caribbean actor’s team said they filed an appeal to ensure ‘all information is considered by the court’ while they return to consider Heard’s appeal.

GPL still on hold as court adjourns hearing to October 20