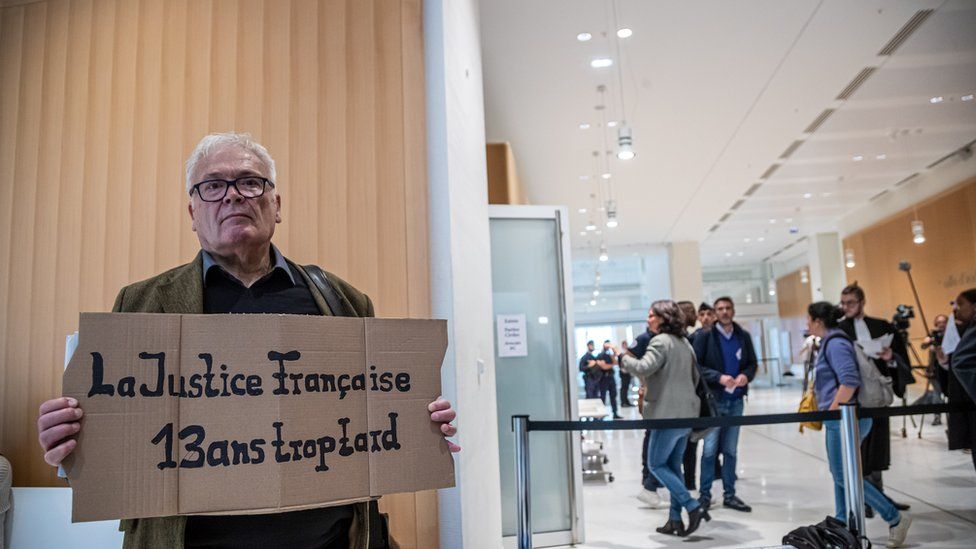 The bosses of Airbus and Air France have been greeted with cries of “shame” at the opening of a long-awaited trial in Paris connected with a deadly 2009 plane crash off Brazil.

The firms deny involuntary manslaughter in the loss of the Airbus A330 flying from Rio de Janeiro to Paris.

Investigators found the pilots had lost control when air-speed sensors froze, and all 228 people on board died.

Families of the deceased have campaigned for years for a trial.

Mr Faury told reporters “it will be a difficult trial” and that the company wanted to contribute to “truth and understanding”. Ms Rigail expressed “the deepest compassion” after telling the court Air France would never forget its worst ever accident.

But Mr Faury’s remarks met cries of “shame” and “too little, too late”.

“Thirteen years we have been waiting for this day and we have prepared for a long time,” Daniele Lamy, who lost her son in the crash, told Reuters news agency before the hearing.

The Air France Flight 447 crashed hours after departing from Rio de Janeiro, having run into a high altitude thunderstorm.

After a years-long search for the plane’s black boxes, investigators concluded that speed sensors on the plane failed and gave false readings, causing the plane to stall.

The pilots then failed to follow correct procedure and lost control of the aircraft, which plunged 38,000ft (11,580 m) into the ocean. The captain was on a break when problems began and investigators concluded that the co-pilots did not have the training to deal with malfunctioning equipment.

Judges had initially charged both the airline and manufacturer with manslaughter, but the prosecutor then recommended that only Air France should go on trial. In September 2019 charges against both were dropped, because there were not enough grounds to prosecute.

That decision was challenged, and in May last year the Paris appeals court decided that both Air France and Airbus should face trial.

Our exchange rates have never been managed - Prof. Lord Mensah