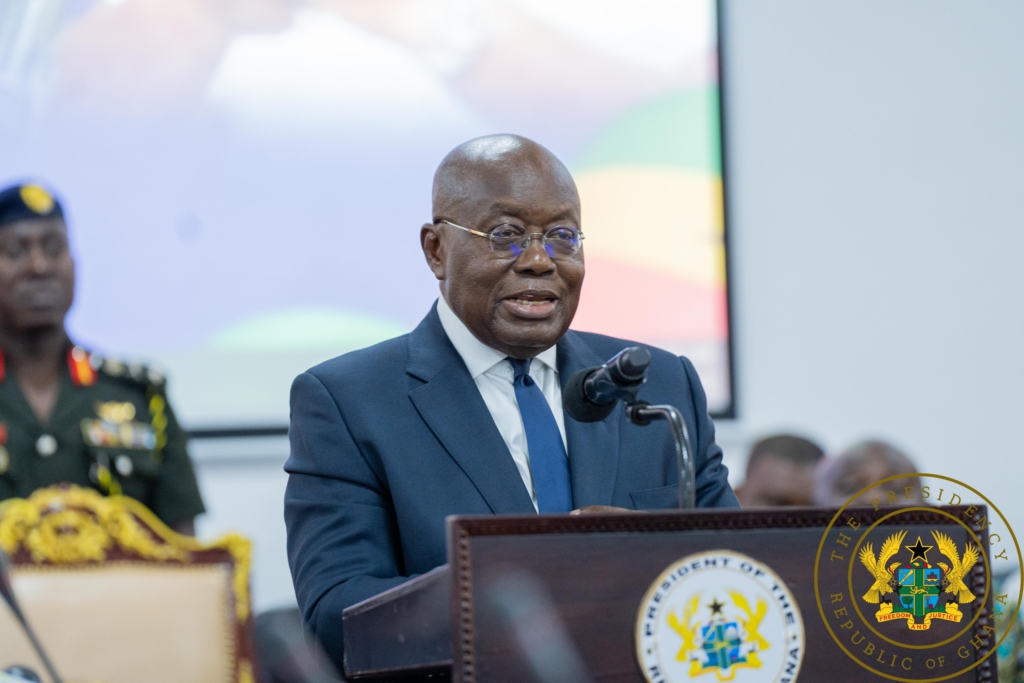 The General Secretary of the Ghana National Association of Small Scale Miners has said that while illegal mining is a national issue, it can be addressed at the local level.

Speaking in an interview on JoyNews’ Newsfile on Saturday, Godwin Armah, therefore welcomed President Akufo-Addo’s decision to meet with the leadership of the National House of Chiefs on Wednesday.

According to him, it can be the starting point to help fight ‘galamsey’ at the local level.

This, he explained is because the chiefs “are the first point of call when it comes to illegal mining or mining in this country.”

“When you go to mining communities, areas that the chiefs and elders of the community say we will not allow illegal mining operations to take place, those areas you see that their water bodies are clean, their lands are not destroyed. You still have people mining, but with the requisite licence. So it is very important for the President to engage with the chiefs so that we can manage it at the local level,” he articulated.

According to Mr. Armah, the Small Scale Miners Association has also decided to form a committee – Community Enforcement approach to help manage mining activities at the local level.

He added that the Association intends to, “get Mineral Commission to let the members of the committee [about to be formed] have the licences of people who have applied to operate in those communities so that the Chiefs will be informed.”

Meanwhile, Security Analyst, Prof. Kwesi Aning has said President Akufo-Addo’s meeting with the National House of Chiefs on galamsey activities in the country would amount to nothing.

Prof. Aning believes the meeting by the President will have no impact on the fight against galamsey.

He noted that for many years now, the government’s utterances have not corresponded with actions taken, hence, the meeting was just a façade.

“I do not think it [the meeting] is going to have any impact at all because when you look across the spectrum of public action and public implementation, what is the nexus between public utterances and implementation? That correlation cannot be positive. So that meeting is a nice meeting that brought people together, they had opportunities for photoshoots and that is that. I am not expecting anything at all to come out,” he said.

Stopping 'galamsey' will not take a day – Mireku Duker