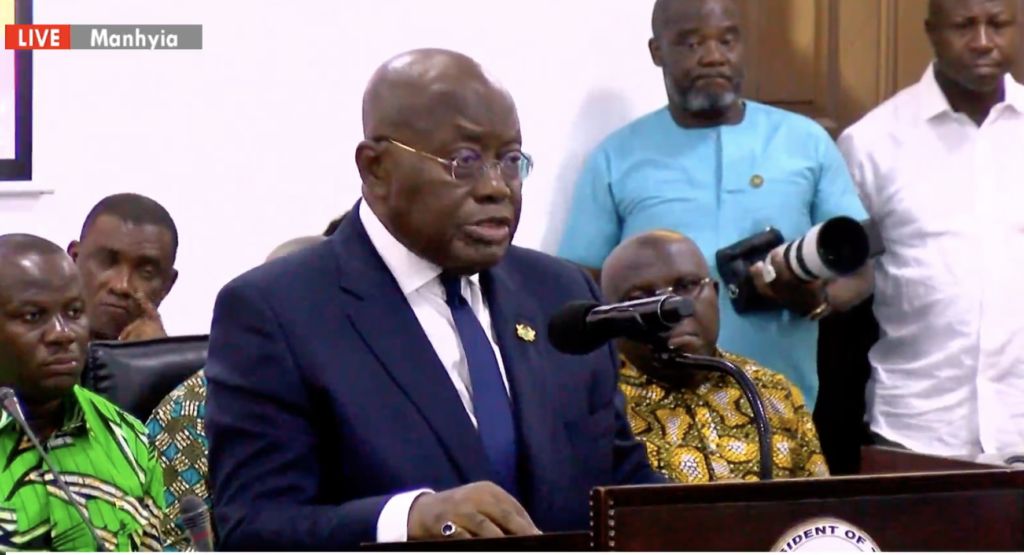 A private legal practitioner, Martin Kpebu has said that President Akufo-Addo’s declared commitment to fighting against ‘galamsey’ is a false pretence.

According to Mr Kpebu, President Akufo-Addo’s statement that “he will put his presidency on the line” for galamsey fight was just to make Ghanaians believe that he will end the illegal mining menace.

The private legal practitioner asserted that Akufo-Addo has not shown any signs of seriousness in curbing illegal mining, but rather uses statements and phrases to deceive Ghanaians. He said the President has never been committed in the fight against the so-called ‘galamsey’ and that has really exposed him.

“That’s a charade, it’s posturing. The Americans call what he’s doing the ‘Kabuki’ dance or ‘kabuki’ theatre. He just talks and that’s it.

“He knows that Ghanaians when he says it, we like interesting catchy phrases. He gets a byline and then we rhyme with it. You see how now that it has exposed him. That’s it, he’s never serious about it. You see now, history has shown that he’s not committed”, he said.

Speaking on Newsfile Saturday with host Samson Lardy Anyenini, the private legal practitioner said President Akufo-Addo was just being reactionary when he made that statement.

He explained that it was the citizenry and the media who took on the fight against illegal mining and that led the way for the President to make that promise.

“It was you guys [media] that took on the fight. If you followed Bernard Avle on Citi (FM), he was crying day in day out, then later I saw you guys on. So it’s citizens that led the way, he was being reactionary. So that I will put my presidency on the line was just something for the media, he never meant it”.

However, President Akufo-Addo on Wednesday, October 5, 2022, stood by his declaration to put his presidency on the line in the fight against illegal mining, popularly known as ‘galamsey’.

The President made this known when he addressed the National House of Chiefs and MMDCEs in a meeting on how to end illegal mining.

According to him, he was being truthful when he made that proclamation in 2017.

He, therefore, insisted that the declaration was “neither bombast nor reckless” but one that was a “simple truth.”

“Since I took office on January 7, 2017, nearly six years ago, I have made it a central feature of my presidency to lead in the effort to rid our country of this menace. Indeed, it was an important aspect of my inaugural speech of that day. It has not been easy and we have not got the immediate result that I was looking for.

“Indeed, in the 2020 election, my stance on the issue caused my party and I significant loses in the mining communities,” he said on Wednesday.

After my first experience on stage, my criticism of plays will change - Arnold Asamoah Baidoo