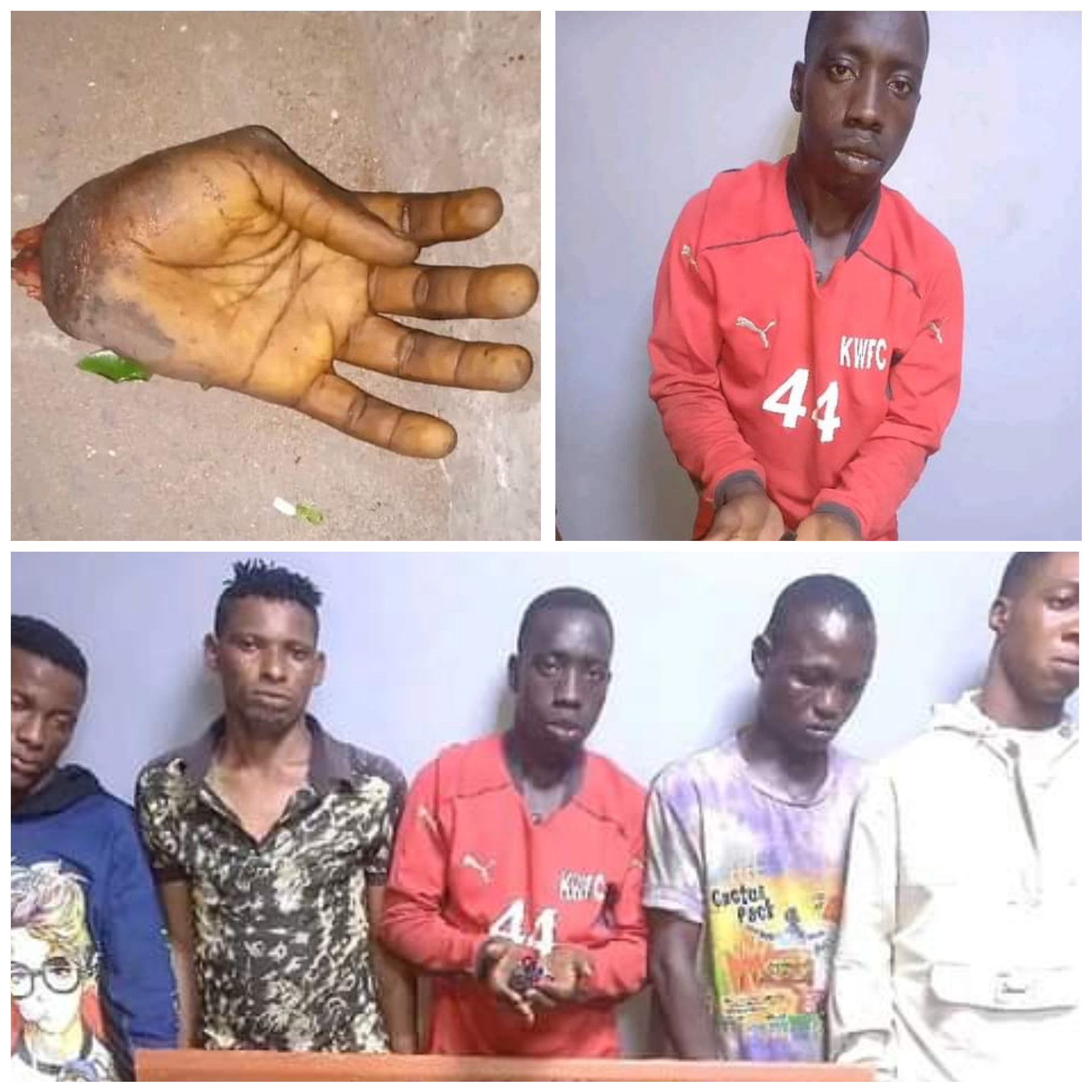 A suspected armed robber had his wrist chopped off by an angry mob at Ijora Badia area of Lagos State.

According to The Nation, the suspect had attempted to evade arrest after his gang numbering over 25 attacked traders under the Iganmu Bridge, Apapa-Iganmu LCDA area of the state.

Unfortunately for him, a mob including some of the victims who were dispossessed of their cash, mobile phones and other valuables, severed his wrist while he fled being lynched.

Police operatives attached to Badia division also arrested five of the suspect’s alleged accomplices at Ajeromi Primary School, where they were said to have hidden after attacking their victims.

Various charms and the severed wrist were recovered by detectives in the operation carried out around  8pm on Thursday, January 19, 2023.

A source said that the hoodlums struck around 7:30pm and operated for about 30 minutes before the police were notified and they raced to the scene.

He said it was one of the victims identified as Mohammed, who told detectives the direction the criminals fled to, adding that the operatives immediately recovered the severed wrist as they went after the suspects.

According to the source, Dauda, the alleged ringleader, had been on the wanted list of the police since his alleged involvement in the looting and burning of Orile Police Division during the ENDSARS violence of October 2020.

“We received a distress call around 7:30pm on Thursday that people were seen running as some boys numbering over 20 with dangerous weapons were attacking people,” the source narrated.

“Immediately we mobilised and went after them. They succeeded in robbing some Hausa people before we got to the scene.

“We saw one Mohammed Sanni, a trader who deals in electronics. He told us that the hoodlums came in a commando style and attacked them with dangerous weapons and in the process, they robbed them of about 20 handsets, various sums of money and other valuables.

“He also told us the direction in which they went, which made us to go after them and in the process, five of the suspected armed robbers led by Jamiu Dauda, a notorious and wanted suspect, were arrested.

“Unfortunately, one of the suspects was captured by the mob, beaten mercilessly and his left hand severed as he managed to escape from the scene before the arrival of the police.

“The severed wrist was brought to the station and other suspects identified it as that of their member by name Sodeeq (alias Sogbe).” the source added. 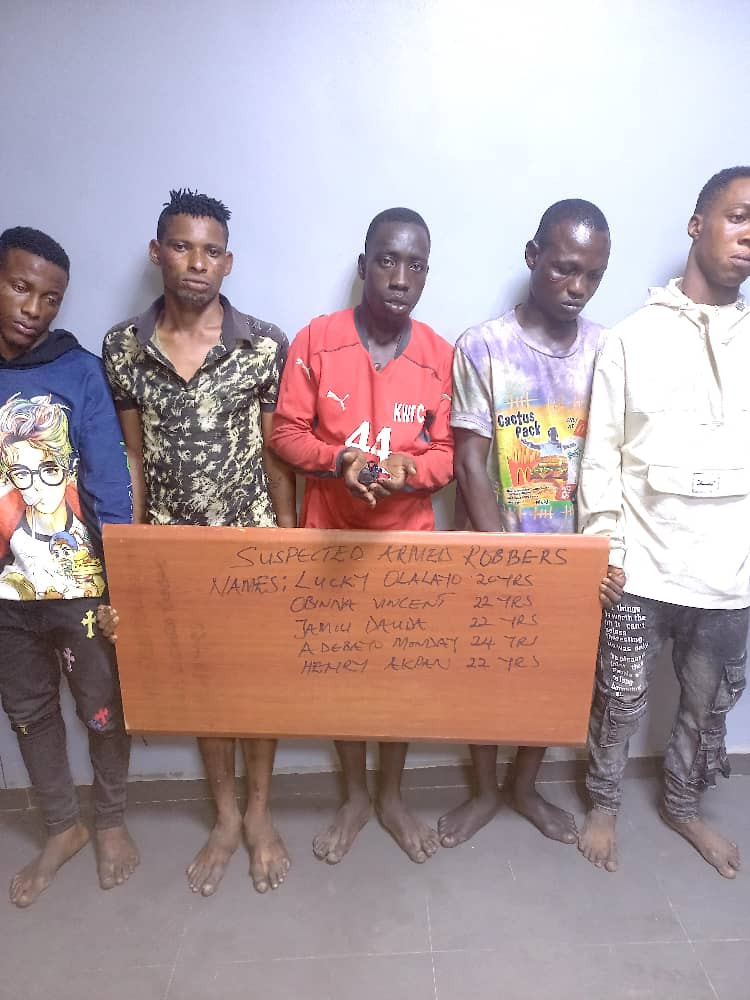 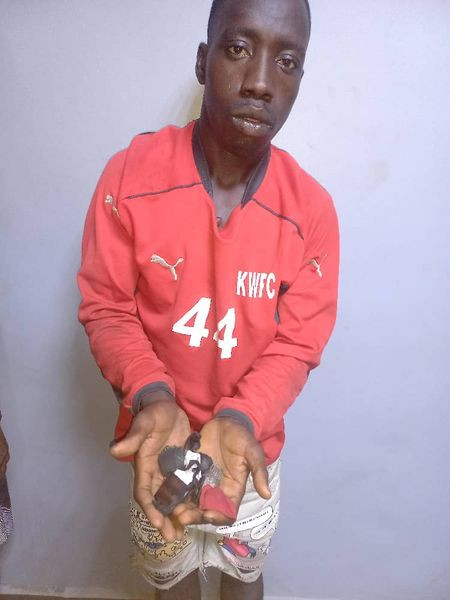