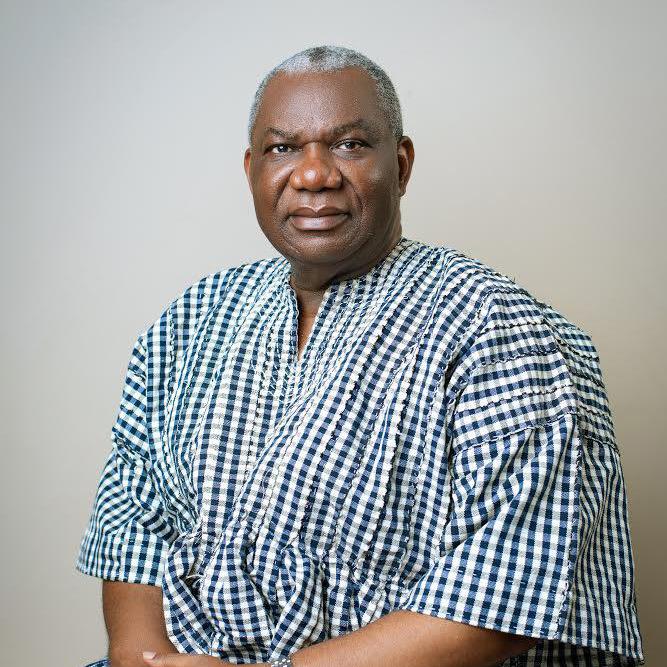 Dr. J.B Danquah, in 1961, penned the following statement, which has become the credo of our party, the New Patriotic Party.

“The party’s policy is to liberate the energies of the people for the growth of a property-owning democracy in this land, with rights to life, freedom and justice, as the principles to which the Government and laws of the land should be dedicated in order specifically to enrich life, property and liberty for each and every citizen.”

Like all suggestive political slogans, the phrase itself has become the subject of a lively, yet distorted ideological debate with both protagonists and antagonists slanting it for political advantage.

Our opponents seized on three out of fifty-eight words in this credo, “property-owning democracy” and sought to cast it as an avenue for selfish greed, never mind that the statement also states that this is meant for “each and every citizen” of the land.

A property-owning democracy is a socio-political system whereby political authority is directed at seeing to a fair distribution of productive property across the populace generally, rather than allowing the concentration of such productive property in the hands of a few.

This intends to ensure that all individuals have a fair and equal opportunity to participate in the market.

The claim that private property ownership promotes the necessary independence of mind and social stability for responsible exercise of political power is what has given rise to the phrase “property-owning democracy”.

Our party therefore seeks to carve out a distinctive ideological space that is focused on securing a wider dispersion of property and power, as opposed to the concentration of property in the hands of either the state or capitalists.

This dispersion of property is crucial for the realization of individual independence and autonomy. To create a society of free and equal citizens not subject to the economic and political domination of a wealthy minority.

The birth of a property-owning democracy as the means of creating social and political stability goes back to the 18th century, and arose out of the concerns about the impact of concentrated wealth on politics and society.

It was argued that the democratic State had a role in distributing resources to all members of the community as a means of securing the material conditions of their equal citizenship.

Rousseau in 1762 had these to say, “Do you, then, want to give the State stability? Bring the extremes as close together as possible, tolerate neither the rich nor the beggars” and “no citizen should be so very rich that he can buy another, and none so poor that he is compelled to sell himself”.

Paine thought that the rise of representative government should bring with it a new social commitment to individual rights to material resources, furnished by the State through a system of taxes and transfers.

Paine expressed his palpable revoltion towards the moral depredation of a civilization that rendered some fabulously wealthy while others starved in the streets.

He further argued that to enable citizens to posses the independence and security required to exercise their political duties, it was necessary to provide them with material support “not of the nature of charity, but of a right”.

According to Paine, such social rights should include benefits for the children of the poor, conditional upon attendance of their children at school; old age pension and funding for universal education.

In AGRARIAN JUSTICE, Paine argued the case for a universal endowment of capital for every person; male or female, reaching the age of 21, as well as the payment of an annual pension to those over 50 to be funded through the taxation of inherited wealth.

In his view, the accumulation of private property was the “effect of society”, as opposed to the exclusive result of individual initiative and thrift, and concluded that every property owner should therefore return at least part of their holdings to the community that facilitated their gains.

In more recent times, James Meade presented and summed up the property-owning democracy argument as follows, “A man with much property has great bargaining strength and a great sense of security, independence, and freedom and he enjoys these things not only vis-àvis his property-less fellow citizens but also vis-à-vis the public authorities”.

He can snap his fingers at those on whom he must rely for an income; for he can always live for a time on his capital. The property-less man must continuously and without interruption acquire his income by working for an employer or by qualifying to receive it from a public authority”.

The phrase “Property-owning democracy” was coined by the British Conservative Noel Skelton, who hoped to adapt Conservatism to the arrival of a mass working-class electorate by proposing the diffusion of individual property ownership as an ideological alternative to the collective ownership proposed and defended by Socialists.

The only attractive option was to ensure a wider dispersion of individual property holding among the population.

Fundamentally, Skelton’s aim was to address what he saw as the legitimate economic grievances felt by the working class, and the consequent political and industrial instability by creating a real identification of interest between capital and labour.

John Rawls, one of the most influential political philosophers of the last century, advanced the argument that social justice is indeed not possible within the constraints of the capitalist welfare State.

Rawls believed that the capitalists societies we know of, in which a small minority holds a massively disproportionate share of wealth could not possibly be just.

Instead, justice requires a different form of socio-economic organization, one in which human and non-human capital is dispersed widely, which is what a property-owning democracy is.

Thus, political theorists from Rousseau to John Rawls and beyond alighted upon the idea of property-owning democracy as a non-socialists model for the advancement of the objectives of equitable distribution of property in the society.

What you believe in and value, dictates in large measure what you do and how you think and act.

In order to catch the full import of this question we have to go back to the statement by Dr. J.B Danquah, which now serves as the credo of the New Patriotic Party.

Property-owning democracy as our credo is to liberate the energies of the people of this land.

Our energies for far too long were trapped under a statist economic path that suffocated and stultified the creative intellect and private initiative of citizens.

The first time a party born out of the UP Tradition has had the opportunity to serve its full term was under the Presidency of John Agyekum Kuffour.

Guided by the principles of a property-owning democracy, his government put in place ideas, projects and programmes that have been pro-poor and which sought to disperse the ownership of property rather than concentrate if in the hands of a few.

Programs such as National Health Insurance, Maternal Health Care, School Feeding, Free Metro-Mass Bus rides for school children and the aged, LEAP and many others were all borne out of the recognition that such provision to all members of the community was a means of securing the material condition of their equal citizenship.

The NPP administration under President Kuffour expanded the ambit of social intervention programs with the most creative and innovative program far more than the NDC, which describes itself as Social Democrats but without any programs that advanced the social rights of Ghanaians before or after his administration.

The Akufo-Addo government, equally guided by the tenet enshrined in the principles of property-owning democracy is expanding the boundaries of social rights for Ghanaians even further.

As far back as 1792, Thomas Paine passionately argued for social rights that included benefits for children of the poor, conditional upon attendance of the children at school and for such schooling to the universally funded.

Fast forward, the NPP administration under President Akufo-Addo is implementing a transformational free Senior High School programme, which will fundamentally secure the material conditions of their equal citizenship.

There are many more equally cogent examples but I forebear on grounds of space: suffice it to say however, that the principle of a property-owning democracy which seeks to disperse the ownership of property among our citizens and which our opponents have sought to malign and demonize is indeed the safest and surest way of promoting the necessary independence of mind and social stability for the responsible exercise of political power in Ghana.

If we of the NPP should remain true and honest to the tenets of the UP Tradition, we can be sure that those principles will engender even greater ideas, programmes and projects which will enlarge and enrich further the opportunities that will become available to all our citizens.

This is how we can move to better secure the material conditions of our equal citizenship.