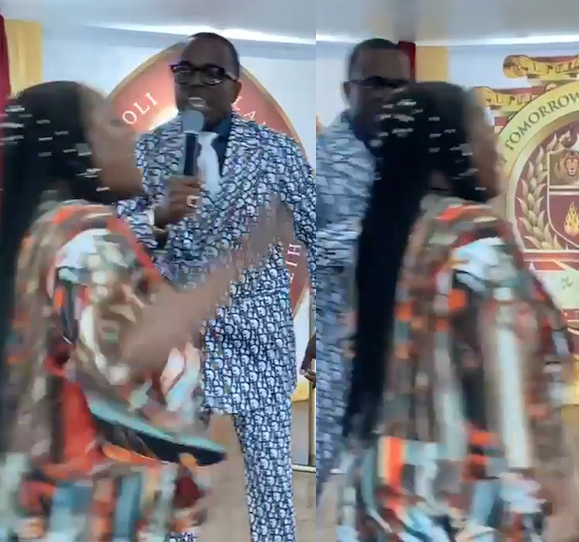 A Brooklyn pastor was filmed manhandling a woman during his Sunday service and this comes weeks after the same pastor went viral when he was robbed during service.

Bishop Lamor Whitehead, whose jewelries were stolen when he was robbed mid-service, has gone viral again, this time, for assaulting a member.

Whitehead, who heads the local chapter of the Leaders of Tomorrow International Ministries in the Canarsie neighborhood of Brooklyn, got violent with the woman on the pulpit on Sunday, September 18, and police responded to the scene but no arrests were made.

According to NYPD sources, there was an argument over somebody filming Whitehead during the service and it escalated into an alleged physical confrontation.

In a video of the incident, Bishop Whitehead appears to get interrupted by someone who is shouting, and he tells the congregation to let her record.

He then invites the woman to the pulpit by asking her if she wants to come up and deliver the word for him.

When the woman finally reaches the altar, he grabs her by the head and shoves her out of frame.

Whitehead tells somebody to get her out of there, and says he felt threatened.

He then continues the service normally like nothing happened.

Whitehead and the alleged victim were taken to a precinct for further investigation but nothing appears to have come out of it from either end.

A video of the woman after the assault shows her with a scar on her neck. 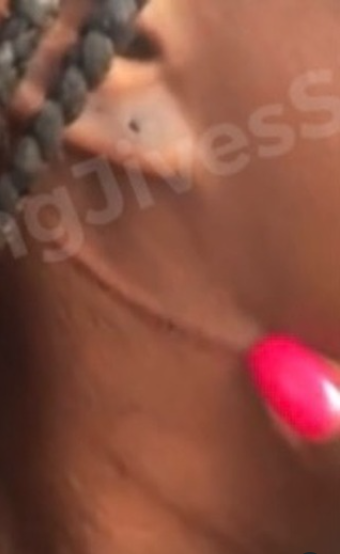 Whitehead has responded. He claims the woman, and others, were sent in to disrupt his service and this has to do with litigation he’s involved in.

He claims the woman was actually threatening and beginning to charge at his wife and baby daughter. He says he did what he had to do to protect his family, and that he has more videos that will show the full story.

Whitehead insists he’s pro-woman, and that the narrative is being twisted.

Watch the assault and his response below.