The College of Education Teachers Association of Ghana (CETAG), at its emergency meeting held on 17 January 2022, has agreed to unanimously suspend its indefinite strike in all 46 colleges of education across the country.

The group in a statement said “teaching is restored in all 46 public colleges of education effective Tuesday, 25 January 2022, as the validation of January 2022 salaries has confirmed the implementation, but with disparate payment of arrears of the 2017-202 CoS.”

CETAG wants the needed steps to be taken by stakeholders to remedy the situation by paying fully all unpaid arrears in February 2022. 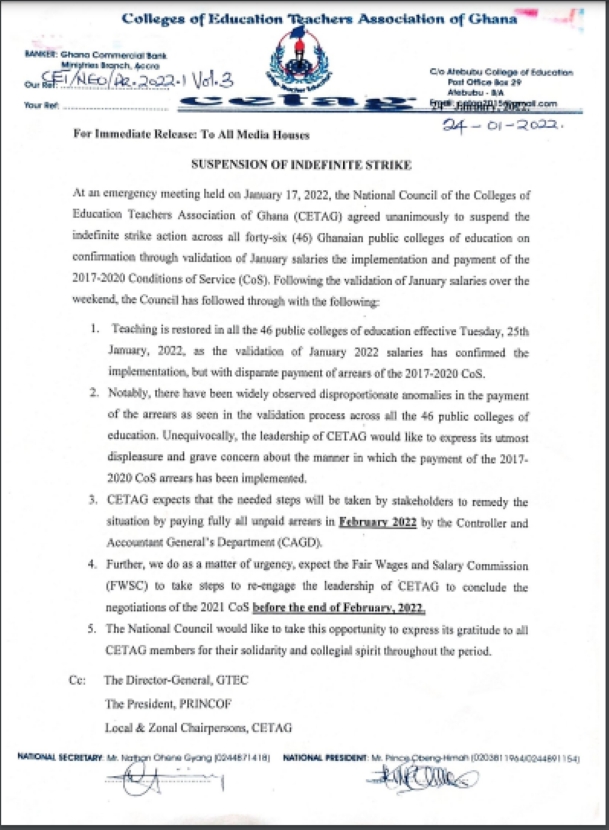 CETAG embarked on strike early this year because the government’s failed to implement the 2017 to 2020 conditions of service, as agreed.

According to CETAG, the MoU stated that the effective date of implementation was January 1, 2021, while the payment of associated arrears of nine months was to be honoured in October, November and December 2021 but that was not been done.

IMF to deploy another mission to Ghana in coming weeks