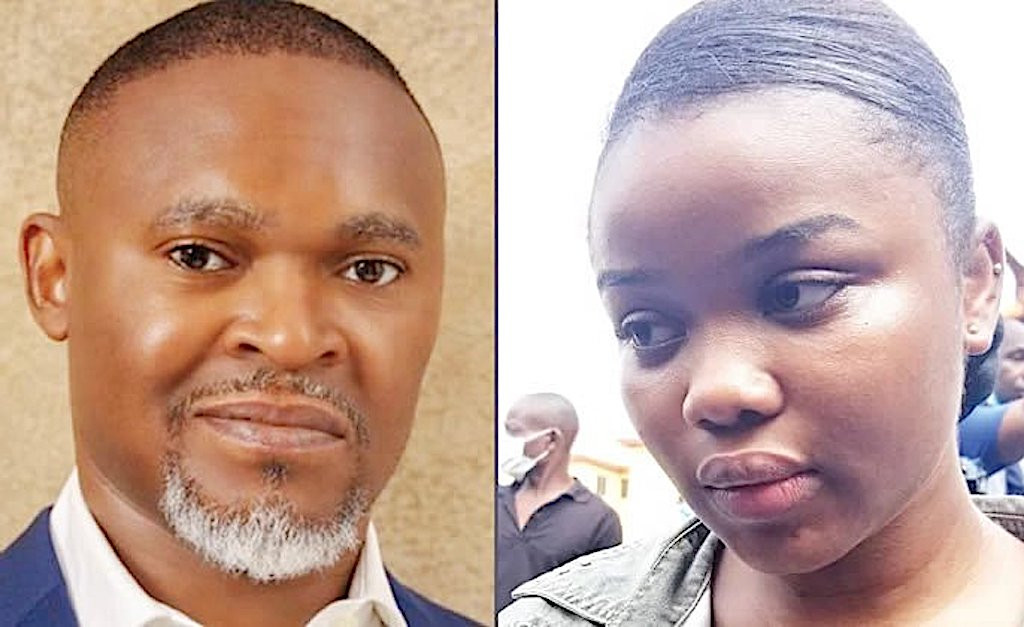 University of Lagos student, Chidinma Ojukwu, accused of killing the Chief Executive Officer of Super TV, Usifo Ataga, has denied killing the deceased in a confessional video that was played before Justice Yetunde Adesanya of the Lagos State High Court sitting at Tafawa Balewa Square on Tuesday, October 18.

This was her claim when the court resumed watching of the recorded video footage of the confessional statement of the prime suspect.

In the video recording played before the court, Chidinma denied knowledge of who killed the deceased. According to her, she went out on the said day and by the time she returned, she saw Ataga on the floor and she quickly picked her things and left because she was scared.

“I don’t know who entered I just picked my things and left because I was scared.”she said

This is contrary to her confession when the video showing the lifeless body of Ataga was earlier played at the last proceedings on October 11, 2022, where she said that she killed the deceased on her own.

“There was nobody that assisted me, I did it alone.”she said in the video

While being interrogated in the video, Chidinma was asked why she denied knowing the deceased, and she said she didn’t deny knowing Ataga but that she didn’t kill him.

“I did not say that I didn’t know him, I said I did not kill him, I can not kill somebody.”she said

When a member of the team that interrogated her asked why she said the blood stains on her clothes were her period, she kept saying she cannot kill somebody.

“I don’t know who came in after I left the room, when I came back I saw him bleeding, I had to leave because I was scared, I did not kill him, I don’t know who killed him.”

The suspect was heard saying in the video that when she saw him in the pool of his blood she left him instead of calling for help because she was scared.

When asked why she ordered for Loud and Rophynol, the defendant responded that it was the deceased that ordered them and that she doesn’t know where he ordered them from.

Chidinma was also asked why she took the deceased’s two iPhones and Mac Laptop, and she replied claiming they were her things so she picked them and left because she was scared.

The ninth prosecution witness DSP Olusegun Bamidele from the Intelligence and Tactical Unit of the State Criminal Investigating Department Panti Yaba, while being led in evidence by the Lagos State prosecuting counsel, Yusuf Sule, gave information of how the handwritten statement of the first defendant was taken and how the second and third defendants were arrested shortly after the video stopped playing.

The investigating Police officer said that after the arrest of the first defendant, on June 23, 2021, her written statement was recorded on June 24.

“She started writing by herself, but because her hand-writing wasn’t legible I told her that she should ensure that her writing is legible or write in capital letter.

It was at that point that she said I should write for her and she confessed to killing the deceased.

She also mentioned how she had killed Michael Usifo Ataga and went away with the knife, phones and Mac book laptop. We took the first defendant to the computer village with her laptop and we located the phone hub.

I and my OC went and we met one Yomi, we invited him but he insisted on not knowing what happened so I hinted him, when he came to our office, we gave him the whole details and he said it was few days ago that the first defendant came to sell the laptop to them, and it was one of his colleagues Ifeoluwa Oluwo that they did the transactions together.

That was how the Mac book was recovered and the first defendant confessed that she was the one who sold the laptop to them.

On that same June 24, I remember she mentioned one DG, that he assisted her in getting ID card, drivers license, Access Bank ATM, among others but that she doesn’t know his full name, but only speak with him on phone.

I now said ok, assist us in this investigation so that we can get this DG, she said she doesn’t know the house, this prompted us to bring the tracking team who traced her to her house.

In the course of investigation we studied her call log very well we noticed that there were frequent calls with a particular number between June 15, 17, 18 and 21, the tracker led to the arrest of the 2nd defendant.

Four other phones were recovered from him, two small size Itel phones and two Tecno phones.

Eventually, when he was brought to our office I called him DG, he said his name was not DG, then I confronted him with who is Chidinma, then he narrated how he met Chidinma.

He said he met Chidinma through a friend called Sam, who was an ex-boyfriend of the first defendant and that he is capable of getting international passport, drivers licence, statement of bank.

The second defendant said that he got Chidinma’s number from Sam and after conversations he visited her at choice places at Sabo Yaba.

Along the line he said there was a particular day during the week when Chidinma called him and requested that he gets her Loud, smoke and Rophynol, he collected the money and went to Shitta area of Surulere and got the Rophynol from the Mallam in that area.

He said he remembered sending it to the first defendant while she was at Lekki, through a dispatch rider, he told me that he supplies her two or three time in Lekki, with Loud, smoke and Rophynol.

He said on one of the occasions he called the first defendant when the dispatched rider got to Lekki and she went to collect it,” the witness said.

Bamidele who continued in his evidence, said that the 3rd defendant was arrested through the help of the foster father of Chidinma Onoh Ojukwu and their uncle Mr. Obi alongside their mother.

He said the 3rd defendant narrated that the iPhone was gifted to her by Chidinma and she had questioned the first defendant where she got the phone from and she said it was one of her boyfriends that gave her.

The three defendants were arraigned on October, 12, 2021, on a nine-count charge preferred against them by Lagos State Government.

Ojukwu and Quadri are facing the first to eight counts bordering on conspiracy, murder, stabbing, forgery, making of bank statements and stealing. The third defendant, Egbuchu, is facing the ninth count – stealing of iPhone 7 belonging to the late Ataga.

Ojukwu and Quadri are alleged to have conspired and murdered Ataga on June 15, 2021, by stabbing him several times with a knife on the neck and chest. The alleged murder took place at 19, Adewale Oshin Street, Lekki Phase 1, Lagos. The duo were also accused of committing forgery by procuring and making bank account statements purported to have been made by the deceased.

Justice Adesanya adjourned till October 20, 2022 for the continuation of trial.