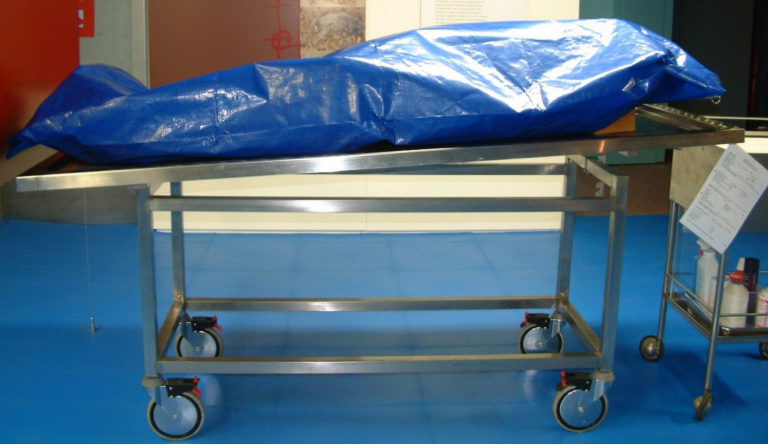 The remains of Linda Obri Akufu, 57, which got missing weeks ago at the St. Francis Xavier Hospital at Assin Fosu has finally been found and buried.

Per information gathered, the confusion was a result of mistaken identity. The body of the deceased was mistaken for a young lady from Assin Adiembra with a similar name Linda.

Mrs Akufu’s body was mistakenly handed over to a different family and buried for over a month, while the family’s original corpse remained in the mortuary.

However, the confusion became glaring when Mrs Akufu’s family rejected the corpse the hospital presented to them, and made the situation a legal case.

After exhuming the decomposing body, they confirmed it was the body of Mrs Akufu, and it was duly handed back to them for proper burial after rituals were performed.

Few weeks ago, food items worth thousands of Ghana cedis meant for the funeral of the late Mrs Akufu went waste after her corpse got missing at St. Francis Xavier Hospital at Assin Fosu on the funeral day.