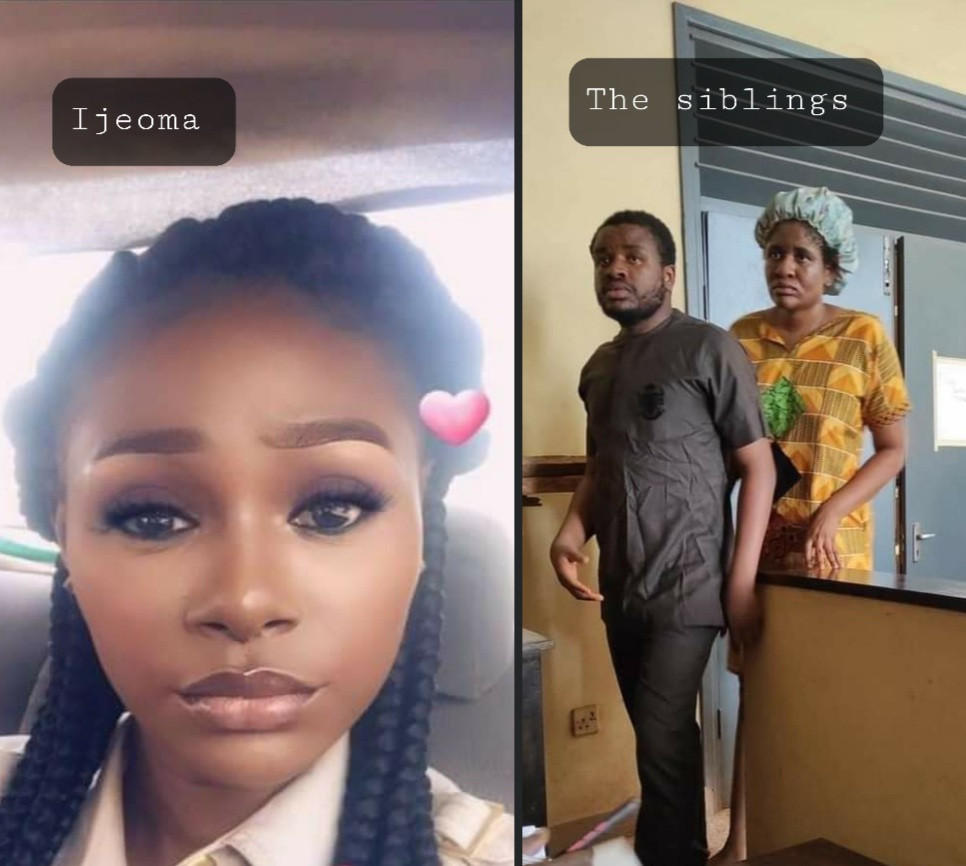 An Enugu State High Court has discharged one of the two siblings accused of killing a makeup artist, Ijeoma Nneke.

The siblings, Chiamaka Ifezue and Chukwuemeka Ifezue, are standing trial for allegedly forcing the deceased to drink a poisonous substance that caused her death in November 2020.

The suspects thereafter, allegedly dumped her body at the Maryland axis of Enugu metropolis and poured a corrosive substance suspected to be acid on the carcass.

Discharging Chukwuemeka, the trial judge, Justice K.I Okpe, held that there was no evidence that he actually participated in the Commission of the crime.

A court document SaharaReporters sighted on Tuesday, October 18, 2022, showed that Chukwuemeka Ifezue was discharged of the crime on July 28, 2022.

At the resumed trial on Tuesday, October 18, 2022, the case could not go on as the defence counsel, Mr Chuma Oguejiofor, informed the court that he had filed an appeal against the continued trial of the case.

The Prosecution counsel, Mrs C. C. Chigbo, however, told the court that she had not been served the notice of the appeal.

Consequently, Justice Okpe adjourned the case till November 30, 2022, for the defence to open their case.

The court in the last two sittings had admitted into evidence police exhibits on the case of the alleged murder of the makeup artist.

Oguguo, who was attached to the Independence Layout Police Division, Enugu, said that the exhibits were recovered at the scene of the alleged crime.

The exhibits included five pieces of 20 British pounds, an iPhone 7plus with MTN SIM card, another iPhone device and a blackberry phone.

Also tendered in evidence was the key of a Toyota Metrix Scan with registration number JJJ410BJ which was allegedly used to move the dead body of the deceased from the scene of the crime to where it was dumped.

The police officer said that the car which had been parked at the Police Anti-kidnap Formation was no longer in good condition to be moved to the court.

He also tendered hard copies of the WhatsApp messages and text messages (SMS) the deceased had with her fiancé and girlfriend respectively while at the scene of the crime.

He also tendered the non-confessional statement of Chukwuemeka made on November 18, 2020.

Unite for Universal Hand Hygiene: A policy and practice for all

Microsoft lays off nearly 1,000 staff worldwide as share price plunges 30% in a year