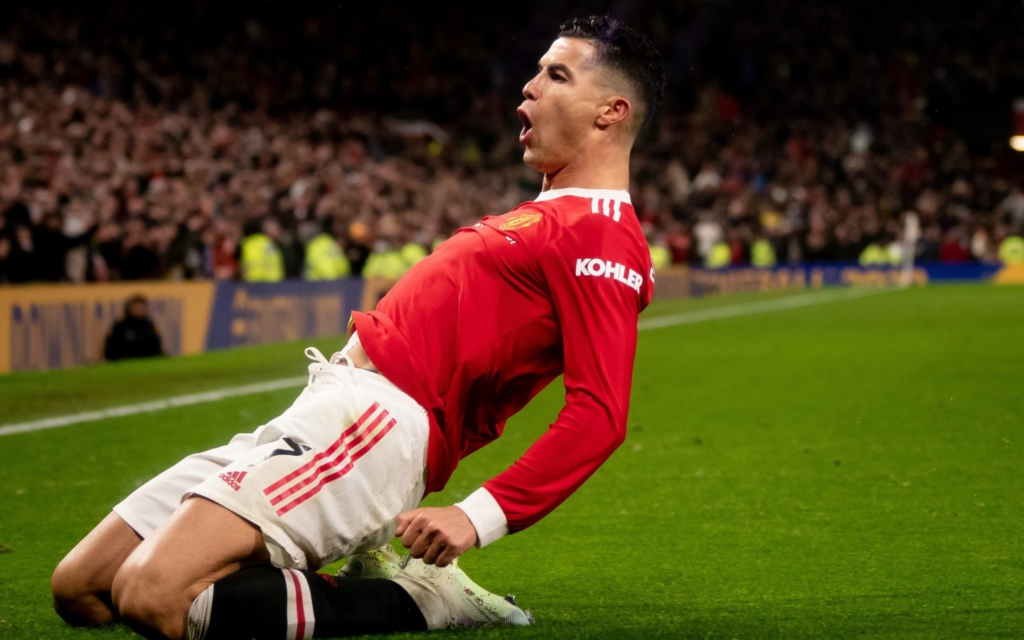 Cristiano Ronaldo reached another landmark in his illustrious career by scoring his 700th club goal to give Manchester United the lead at Everton.

The goal took the Portugal forward’s tally to 144 for United in his two spells at the club.

He scored 450 for Real Madrid, 101 for Juventus and five for Sporting Lisbon.

Sunday’s goal at Goodison Park was only the second of the season for Ronaldo, whose 699th goal came in the Europa League against FC Sheriff in September.

Ronaldo started the Everton game on the bench but came on for the injured Anthony Martial in the 29th minute and scored 15 minutes later to put United 2-1 up.