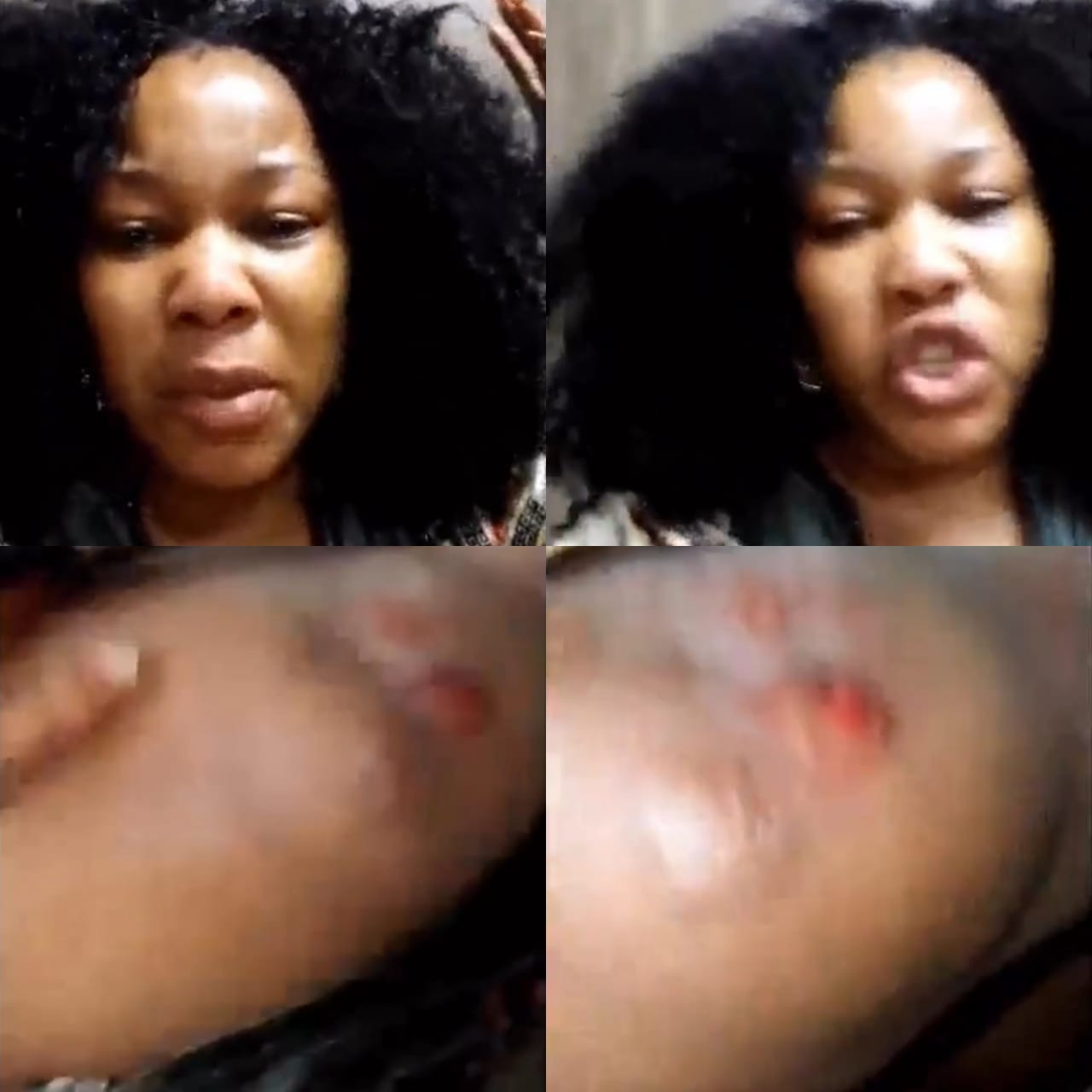 The FCT police command says it has begun an investigation into the allegation made by a lady, Miss Ugwoegbu Ugomwa, claiming one of its officers, DSP Jude Ifeanyi, attached to the State Criminal Investigation Department (SCID) of the FCT Police Command, attempted to rape her in their office.

In the video, Miss Ugomwa,  claimed Jude lured her to his office and asked her to follow him so he can ease himself. She said when they got there, he attempted to rape her. She alleged that while defending herself, he pushed her from the staircase and she injured herself.

The alleged Officer had promised to drop miss Ugwoegbu off when he branched into the office to ease himself as the video insinuated. An argument ensued between both parties on the stairways resulting in physical struggles hence the rash pronouncements that were regrettably too late to be retracted.”

Adeh stated that while an internal investigation for necessary disciplinary actions has been instituted against the erring Officer, it is important to state that Ugomwa was at the Command’s SCID earlier that day, to report a case of Blackmail, Threat, Defamation of character and sexual Harassment and sundry offenses against another person and had lauded the investigation approach of the Officers. Adeh stated that it is however disappointing to have seen the command dragged into their undefined private episode.

The FCT police spokesperson mentioned that due diligence will be carried out without any restraint in ensuring that justice is served in both instances.

Watch the viral video below 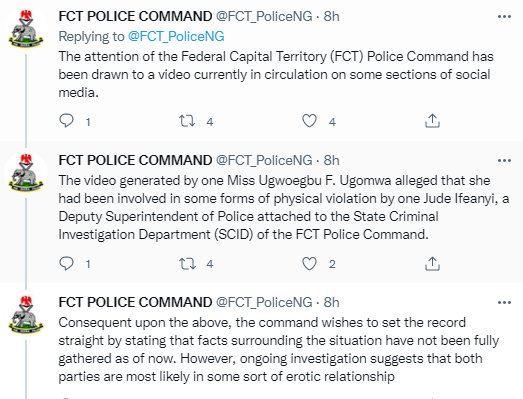 Madonna hints at being gay in new TikTok video