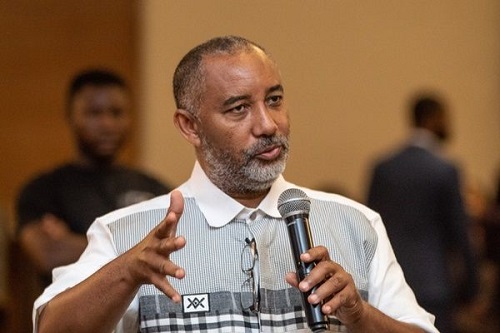 Former Chief Executive Officer of the Ghana National Petroleum Corporation (GNPC), Alex Mould says President Akufo-Addo’s government has run out of ideas on how to run the economy.

According to Mr. Mould, government’s inability to cutdown on expenditure is largely the reason for which Ghana’s economy is in its current state.

Government’s borrowing has increased to over a hundred percent of GDP with the World Bank expressing fears that this situation could get worse by end of this year.

Speaking on Ghana’s ailing economy on The Pulse on Thursday, October 6, 2022, the former GNPC boss stated that, “the government is in a pickle and I think they have run out of ideas, and I think they really need help”.

When asked how an immediate solution could be fashioned out, Mr. Mould noted that, “they (government) should have cut their expenditure, especially on discretionary spending, their landmark policy programmes that do not add anything to our GDP, they should have looked at the sectors that we should have invested in (agriculture) so that we do not have the kind of inflation we are having now.”

”Any government that does a haircut to individuals will stifle savings. If you stifle savings, people are not going to put their monies in banks and that’s going to have a ripple effect on the economy, because the banks are the intermediaries for loans to these companies that need working capital and if there are no funds, these companies are going to also fold up, there’s going to be job losses,” he cautioned.