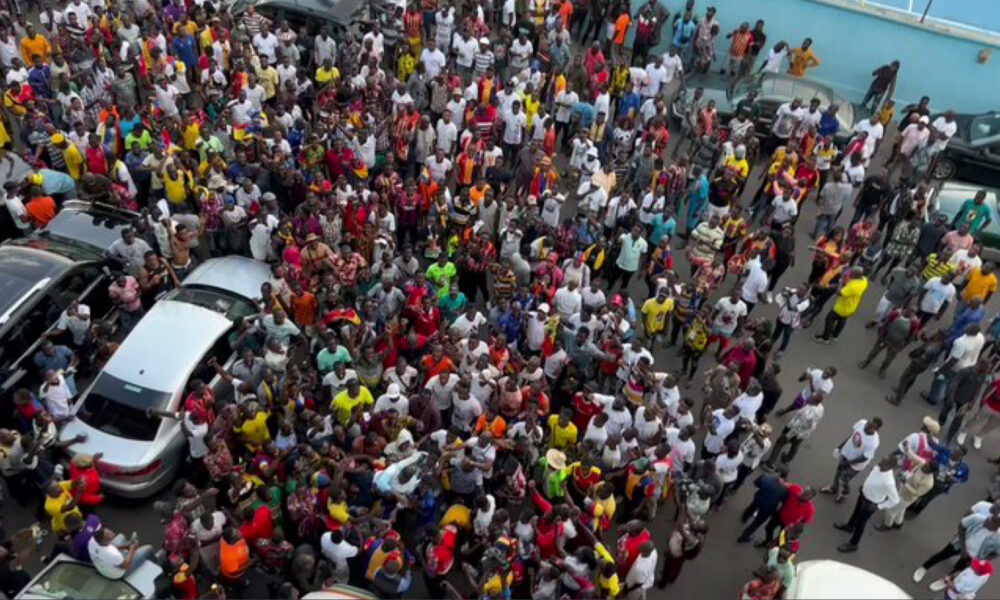 Hearts of Oak National Chapters Commitee chairman, Herman Elvis Hesse, has denied claims accusing him of inciting fans to attack board members of Hearts of Oak.

Hesse has been blamed by Sowah Odotei, board member at Hearts, for firing up fans of the club at the CAF Confederation Cup second-leg tie at the Accra Sports Stadium.

The 54-year-old football administrator was videoed in an altercation with Hesse, and explained to JoySports: “During the recess, one of the deputy organizers of the NCC approached me and said they were going to beat me and Alhaji Akambi at the end of the match if Hearts did not qualify. He’s called Sabatu or something.

“He was standing next to the NCC chairman so I went to him and asked why he allowed one of his people threaten the life of a director. And he told me ‘we cannot continue to gag the supporters’. So I felt I needed to tell him he was behaving irresponsibly and he couldn’t do that. Yes, if you feel the club isn’t doing well, you can express your opinion but you cannot threaten the lives of people.”

At the end of the game, Sowah and Akambi were held in the stadium by police for 3 hours, as fans vandalised cars belonging to the duo in an activity Sowah described as fans ‘following through with the threat they made’ to JoySports.

However, in an interview with JoySports, Hesse strongly denied gauging the violent conduct of fans witnessed at the stadium.

“Some of the supporters were captured on video, they were captured on camera [so] it wouldn’t be difficult to identify them. The could be asked questions, whether me (he said hitting his chest) Elvis, spoke to any of them or incited them against anybody, and I know I’ll be vindicated at the end of the day.”