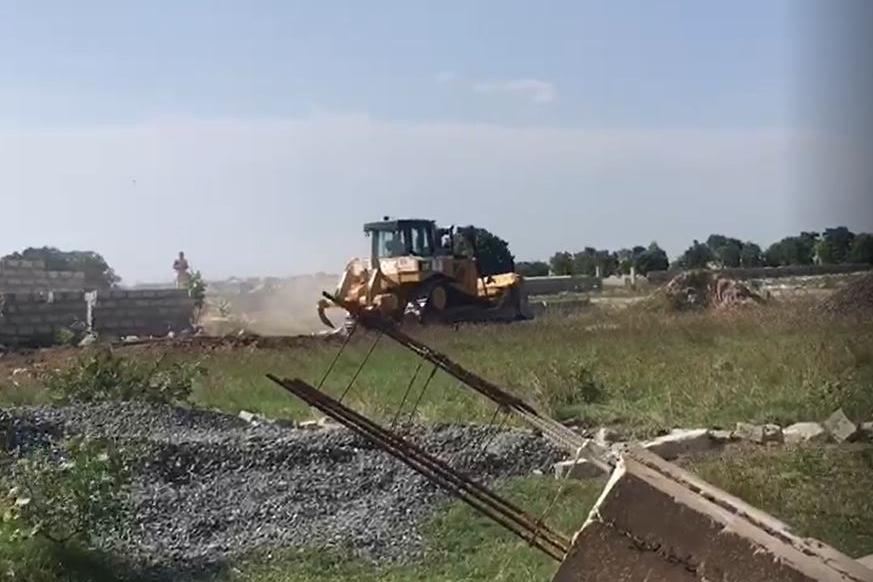 The New Patriotic Party Chairman for Tema West, Kwesi Poku has said that he is not against the demolition exercise undertaken at the Ramsar site.

He said the exercise is in the right direction because encroachment of the water way could be dangerous.

Earlier on Wednesday, the Greater Accra Regional Minister, Henry Quartey joined by officials from the Lands and Natural Resources Ministry and the security forces, began a 3-phase exercise by tearing down fence walls at the site where encroachers had built.

Mr. Quartey described the move as long overdue to avert flooding in the area and adjoining communities while preserving the wetlands for threatened animal species.

But Kwesi Poku appears to disagree with the manner in which the demolition exercise was carried out.

According to him, he received information that fence walls on water ways are going to be demolished only for him to get to the Ramsar site to see a different action.

This, Mr. Poku said, is what he is opposed to.

“I am not in opposition to the exercise in principle. Water ways that people have encroached is a bad thing and I think that the courage that the honorable member has taken to get fence walls off the water ways I am with him.

“When we got to the grounds, there were specific directions and we heard the voice of the Regional Minister loud and clear that he was going to move fence walls from waterways as at the time I got there, it was not about waterways, they were doing other things.

“The impression I had and what was happening on the ground is what I was opposed to,” he said on Newsnight on Wednesday.

Ahead of the exercise, he told JoyNews that occupants of the land have been given enough notification to leave, adding that the move has been endorsed by traditional authorities there.

“We’ve been talking about Ramsar in the last two months; we believe we’ve had over 70 days’ notice, which is enough for them. Any time we speak, they go ahead and build with impunity,” he insisted.

Originally spanning over 3,500 acres, the Sakumono Ramsar site is one of five in Ghana. It serves as holding bays for thousands of gallons of rainwater from the adjoining communities