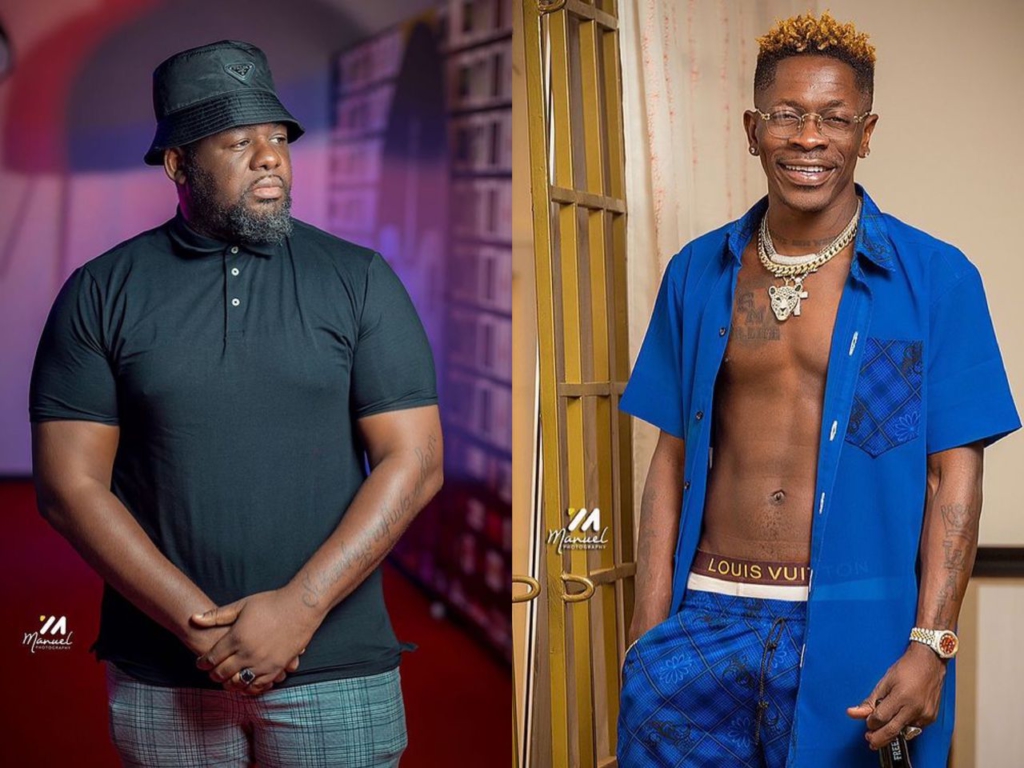 A grid of Bullgod and Shatta Wale. Credit: Manuel Photography

After many years of working with multi-award-winning reggae/dancehall musician, Shatta Wale, Bullgod says he didn’t know the artiste had a speech impediment until he was asked a crucial question.

During the Good Evening Ghana show on Thursday, the On God singer was asked: “But why are you not on a label?”

In response, Shatta Wale said in a stuttering manner: “That’s why I am saying…” Paul Adom Otchere interrupted him with another question, “Is it that no label wants you?”

Reacting to the distortion in Shatta Wale’s initial response, Bullgod said on Daybreak Hitz: “I didn’t know Shatta Wale stammered until he was asked by Paul Adom Otchere why he wasn’t on a label.”

“Bra Charles, I know you are listening to us. You no dey stammer,” Bullgod said in Pidgin English.

The controversial pundit added, “He [Shatta Wale] went on Paul Adom Otchere’s show to reiterate what I had said, after saying what I said was nonsense.

“If what I said was nonsense, then what was he doing on Paul’s show, saying the same thing?” Bullgod quizzed Shatta Wale.

The conversation stemmed from Black Sherif being signed onto the American record label, EMPIRE —and how the deal contributes to augmenting the artiste’s craft and brand to the rest of the world.

Bullgod believes that Black Sherif’s deal will propel his recently-released album, The Villain I Never Was to perform better than Sarkodie’s JAMZ and Shatta Wale’s Gift of God albums because the two are not signed onto labels.

Bullgod added that Ghanaian musicians, like Black Sherif, will triumph when they are signed onto international record labels.

'Education must remain a priority for global development' – Akufo-Addo