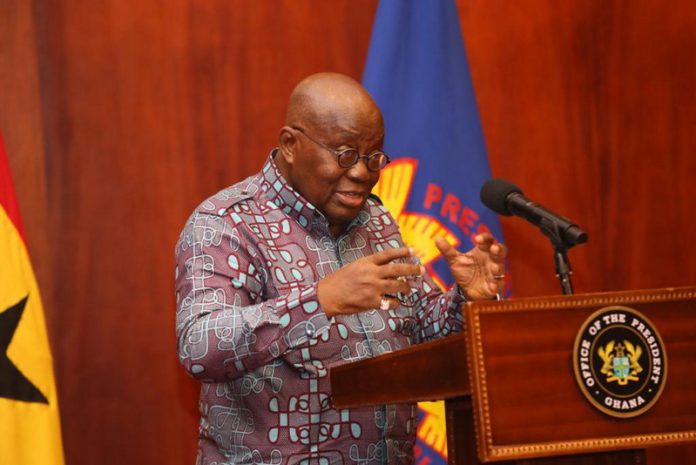 President Akufo-Addo has acknowledged the prevailing hardship in the country.

According to him, he receives briefing on the situation routinely.

The President said he is ruling the country from within and not outside. So, whatever happens in the country, he is aware.

Speaking on Kumasi-based OTEC FM as part of his Ashanti Regional tour on Monday, President Akufo-Addo said his government is working assiduously to ameliorate the plight of Ghanaians.

He cited the government’s negotiations with the International Monetary Fund (IMF) as part of the plans to resolve the crisis.

“That is why we are in negotiations with the IMF. It’s part and parcel of a larger programme of development we want to embark upon to solve the current hardship in the country.

“So it is not like the government is not doing anything about it,” the President said.

Meanwhile, he has assured Ghanaians that his government is committed to ensuring they are cushioned.

“We are working hard to try and find a solution to these problems because we know Ghanaians are suffering.”

Earlier, the President said he is not threatened by calls for the New Patriotic Party (NPP) to be voted out of office in the 2024 election.

He said such threats do not frighten him.

“No problem. I am saying people make those kinds of threats; me they don’t frighten me.”

According to him, although he understands the masses may support a party with an expectation, he, however, does not see the need to threaten the government if it fails to deliver.

“If you decide to vote for the NDC in the general election, it is your choice and that is not my problem. No one will force you to vote for someone,” he stated.