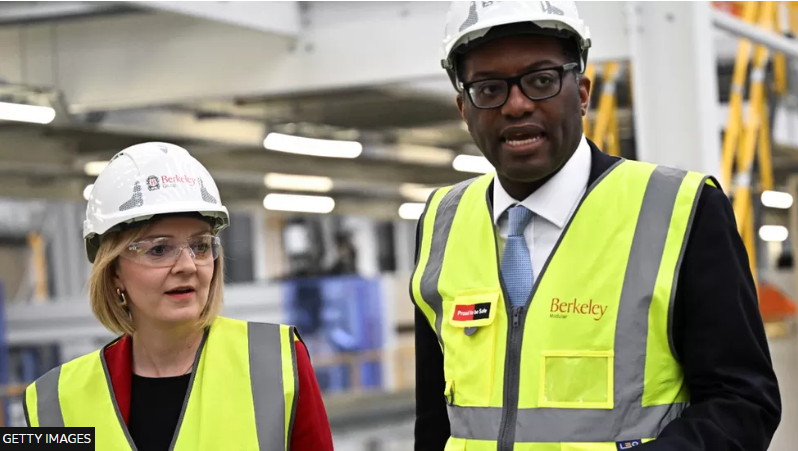 Former chancellor Kwasi Kwarteng has said he warned Liz Truss she was going too fast with her ill-fated economic plans.

In his first interview since he was sacked by the then PM, Mr Kwarteng told TalkTV he had warned her to “slow down” after September’s mini-budget.

He said he told her it was “mad” to fire him and she would only last “three or four weeks” if she did.

“Little did I know it was only going to be six days,” he added.

After abandoning almost all of the plan in a bid to stay in power, she announced her resignation a few days later after support from Tory MPs ebbed away.

Speaking to TalkTV Mr Kwarteng said that he had warned Ms Truss about going at a breakneck speed with economic measures after the mini-budget.

“She said, ‘Well, I’ve only got two years’ and I said, ‘You will have two months if you carry on like this’. And that is, I’m afraid, what happened.”

He also said: “I think the prime minister was very much of the view that we needed to move things fast. But I think it was too quick.”

In the interview he acknowledged he had to “bear some responsibility” for the pace of the changes, which were “too quick”.

He also revealed he found out he was going to be sacked when he saw a journalist tweeting about it while he was in the car going to Downing Street, after being summoned back from a trip to the US.

He said he had told her: “Prime ministers don’t get rid of chancellors.”

The former chancellor said he did not think the prime minister could fire him “just for implementing what she campaigned on.”

It doesn't matter who reads the budget; it's the message that counts - Economist