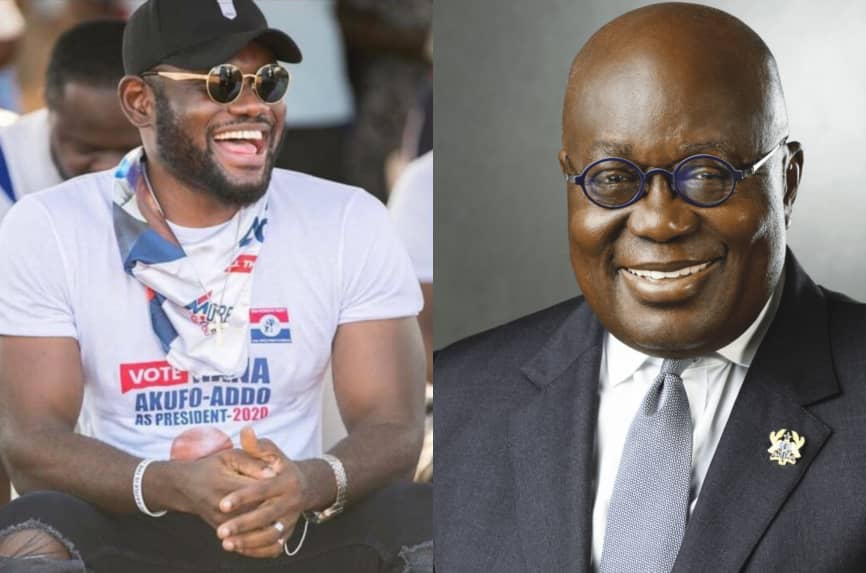 Actor, Prince David Osei, has made a U-turn on his earlier decision to support President Akufo-Addo to become Ghana’s President.

According to him, he was ‘wrong’ for giving Akufo-Addo the benefit of the doubt.

In an Instagram post on Monday, the award-winning film actor expressed misgivings about the current state of affairs and blamed the current regime for failing to address the problem.

He said government is not taking the needed actions to lessen the hardship in the country, hence his disappointment.

“I decided to give you and your government the benefit of the doubt, I reckon I was wrong!”, he stressed.

Noting his reservations, the actor further indicated that he will mobilise a non-partisan youth protest against President Akufo-Addo if the current economic challenges do not improve by December.

In his view, the current state of the economy requires urgent actions to salvage the situation.

“If things don’t change by December, we will mobilize the youth of this country and hit the street irrespective of party affiliations, whether NPP, NDC, CQQ, PNC whatever, doesn’t matter now, we are all in this together. God bless our motherland. We want to see improvement in our livelihoods”, he warned.

The sentiments by the award-winning actor come at a time when scores of Ghanaians are lamenting the hardship in the country.

The hardship, according to many has been fueled by the continuous depreciation of the Cedi, in comparison with other major trading currencies, especially the US dollar.

This has subsequently affected the rate of inflation in the country, with attendant increments in goods and services including hikes in fuel prices.

Many stakeholders have therefore expressed their worry and called on government to take more urgent steps to address the situation.

Checks by Joy Business indicate that the demand for the dollar keeps surging, as there are very few dollars in circulation.

Some forex bureau operators who spoke to Joy Business on condition of anonymity said the recent interventions by the Bank of Ghana have yielded little return.

Meanwhile, government has assured citizens of its willingness to mitigate the hardship through pragmatic economic measures.

This includes an ongoing talk between the Finance Minister, Ken Ofori-Atta and the International Monetary Fund (IMF), currently underway in New York.