The Attorney General and Minister of Justice, Godfred Yeboah Dame has demanded a retraction and apology from the Member of Parliament for North Tongu, Samuel Okudzeto Ablakwa following allegations of conflict of interest against him by the latter.

According to Godfred Dame, a failure on the MP’s part to retract and apologise for accusing him of conflict of interest will see him institute a legal action against the North Tongu Member of Parliament.

“I consider the allegation by Mr Okudzeto Ablakwa malevolent and ill-inspired for the simple reason that a cursory examination of the facts would have revealed the untruth in them. I call on the Member of Parliament to retract and apologise to the public for the falsehood he has published against me, failing which I may institute legal action against him,” the minister said in a statement.

In a Facebook post made on Tuesday, June 21, 2022, Samuel Akudzeto Ablakwa who has raised several issues with the construction of a National Cathedral by government wrote “It is quite revealing to observe that when the National Cathedral was incorporated on 18th July, 2019; the then Deputy Attorney General, Godfred Dame was registered as Secretary.

“During the same period, he served on the board of the Public Procurement Authority which approved David Adjaye’s irregular sole sourcing contract. A clear conflict of interest situation, particularly from additional evidence available to us,” he added.

But in a rejoinder to the MP’s statement, Godred Dame described the allegations as false and dishonest.

Refuting the allegations of conflict of interest, Godfred Dame said among other things that there was no company called the National Cathedral of Ghana in existence at the time the PPA board he served on approved the contract.

Read the full rejoinder by the attorney general below: 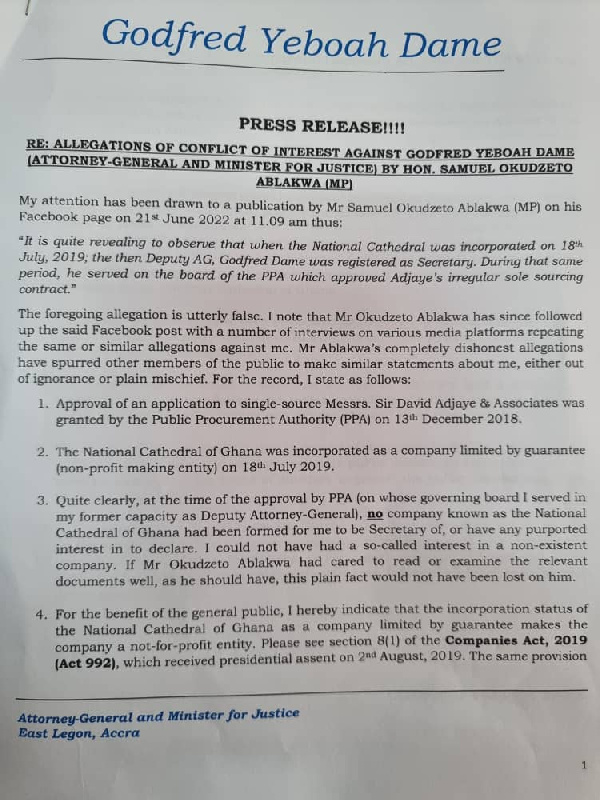 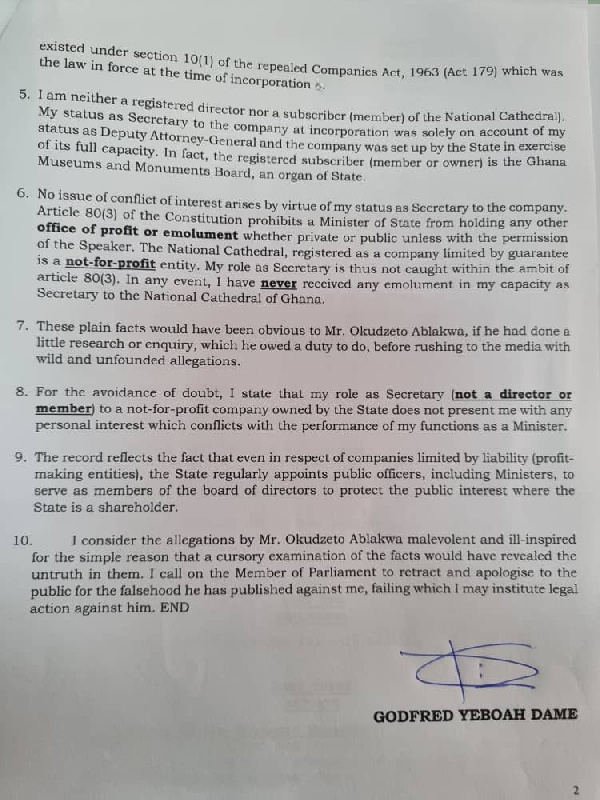