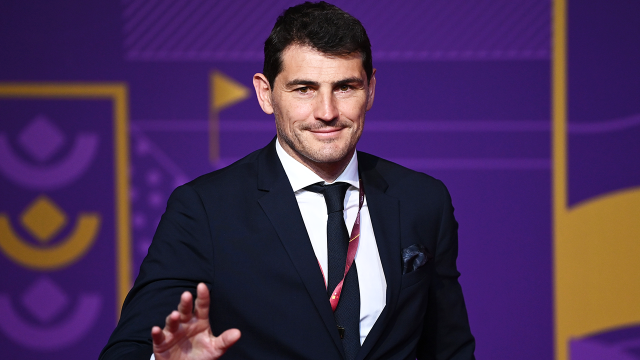 Former Real Madrid and Spain goalkeeper Iker Casillas has deleted a tweet that said he was gay – saying his account was hacked.

Casillas tweeted in Spanish: “I hope you respect me: I’m gay,” before his former Spain team-mate Carles Puyol replied: “It’s time to tell our story.”

The tweet was live for more than an hour before being deleted.

Casillas later tweeted: “Hacked account. Luckily everything in order. Apologies to all my followers.”

The tweet added: “Of course, more apologies to the LGBT community.”

Puyol also tweeted an apology, saying: “I have made a mistake. Sorry for a clumsy joke with no bad intentions and totally out of place. All my respect and support for the LGTBIQA+ community.”

Casillas split from his wife Sara Carbonero last March. They have two children.

Before Casillas’ initial tweet was deleted, Adelaide United player Josh Cavallo, who came out last October, criticised Casillas and Puyol for apparently joking about coming out.

“Joking and making fun out of coming out in football is disappointing,” Cavallo tweeted.

“It’s a difficult journey that any LGBTQ+ people have to go through. To see my role models and legends of the game make fun out of coming out and my community is beyond disrespectful.”

'I've got world champion nuts in these trousers'

The traders forced me to ferry them