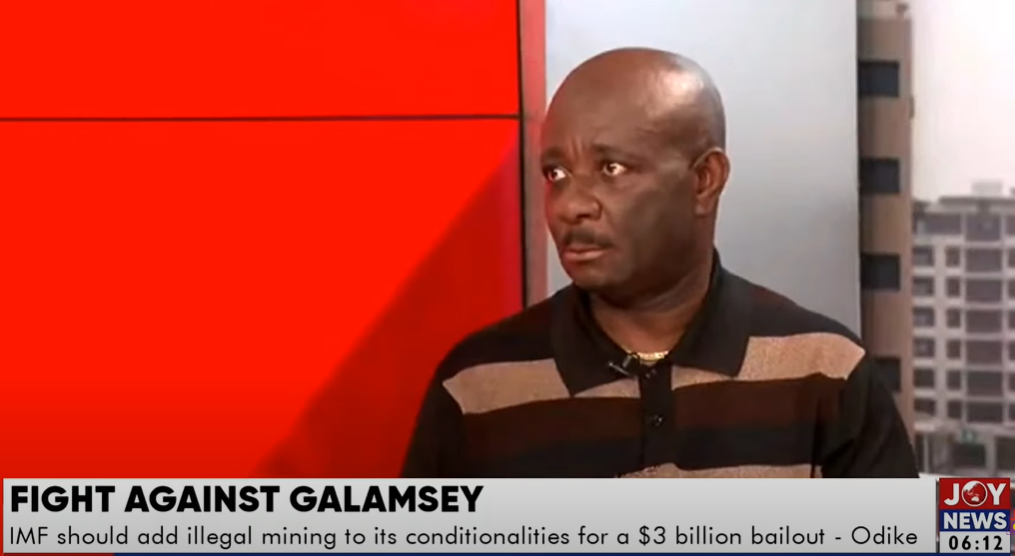 The founder of the United Progressive Party (UPP), Akwasi Addai Odike, says the International Monetary Fund (IMF) must include the fight against illegal mining as one of the conditions for extending support to Ghana.

According to him, this will quicken government’s commitment to rooting out the menace.

Speaking in an interview on The Pulse on Monday, Odike bemoaned the depletion of water bodies across the country due to illegal mining activities.

He said this has been occasioned by the inability of government to deal decisively with menace.

The politician however argued that if the IMF makes the fight against galamsey a condition for granting its $3 billion bailout, the state will combat the canker better.

“This will push the government harder to take decisive decisions to mitigate this menace. The United Nations Security Council too must come in”, he told host, Blessed Sogah.

Mr Odike also added that his outfit, the United Progressive Party, is making plans to file a petition to the IMF and other international stakeholders to draw their attention to the illegal mining crisis in Ghana.

The comments by the UPP founder come in the wake of recent agitations about the effects of illegal mining and how government is being lackadaisical in addressing the problem.

In this regard, scores of well-meaning Ghanaians, including the opposition National Democratic Congress and some civil organisations have intensified the calls for government to show more action instead of the usual rhetorics.

In this regard, private legal practitioner, Martin Kpebu indicated on Newsfile last Saturday that the President must wake up from his slumber, in order to make the fight more productive.

Meanwhile, the Special Prosecutor, Kissi Agyebeng, has started investigating some public officials over their alleged involvement in illegal mining.

The investigation targets some officials of the Lands Ministry, the Forestry Commission, and the dissolved Inter-Ministerial Committee on Illegal Mining (IMCIM).

In the case of the Committee, it will consider the issues regarding the seizure and management of excavators, machinery, road vehicles and gold nuggets.

In a press release issued on Monday, October 10, the Office of the Special Prosecutor said there is an ongoing enquiry into allegations of use of public office for profit against Charles Bissue during his tenure as secretary to the IMCIM.