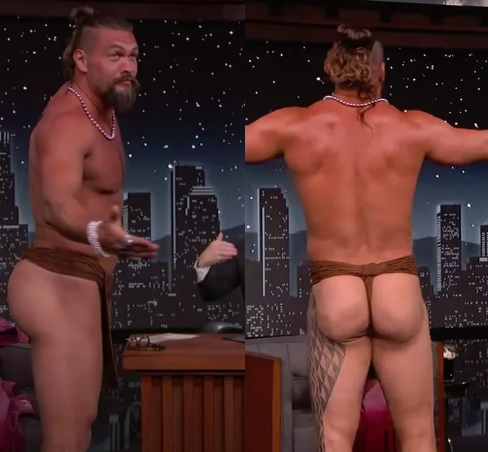 During the show, host Jimmy Kimmel took a moment to show Momoa and the audience a photograph that the Aquaman actor recently shared on Instagram showing himself wearing a beige thong-like piece of clothing during a fishing trip.

“That’s a traditional malo, it’s what the Hawaiians wear,” Momoa told Kimmel, explaining that he has taken to wearing the clothing while preparing to film his upcoming Apple TV+ series Chief of War.

Momoa told Kimmel the malo is “what I wear every day”‘ for the series, which he said takes place in late 18th century Hawaii.

“I was just getting ready for the role, cause I like to get into character, and so I was tanning my white ass,” the actor told Kimmel. “It was a second — you go past and he just happened to take a little photo.”

Kimmel then asked: “And that’s comfortable?”

Momoa replied: “Oh my God, yes. I actually don’t even like wearing clothes anymore. I’m in it every day. I wear it all the time.”

When Kimmel asked whether Momoa was wearing the malo under his clothes during their interview, the actor simply rose from his seat and began removing his clothes until he was wearing only the traditional thong-like clothing, baring his butt for the talk show host and his audience. 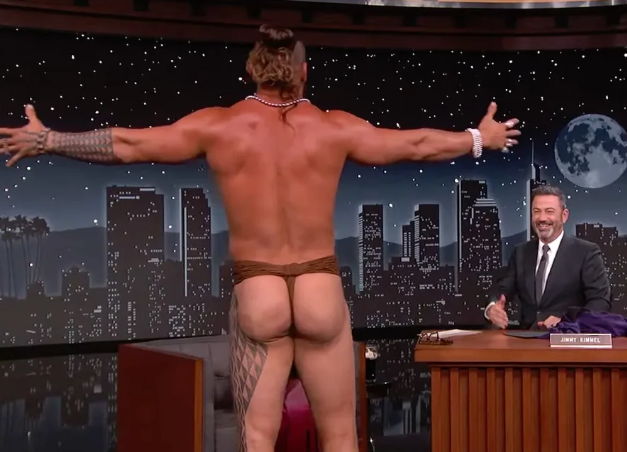 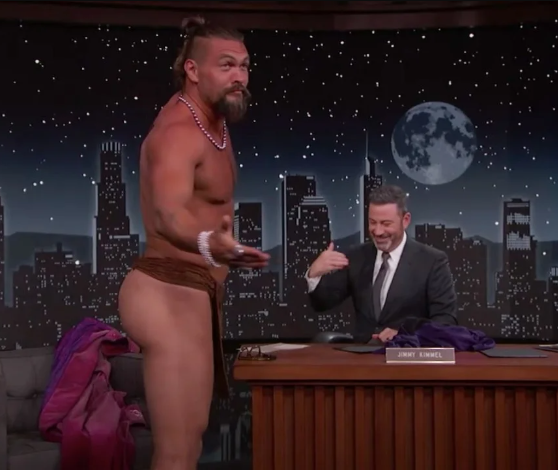 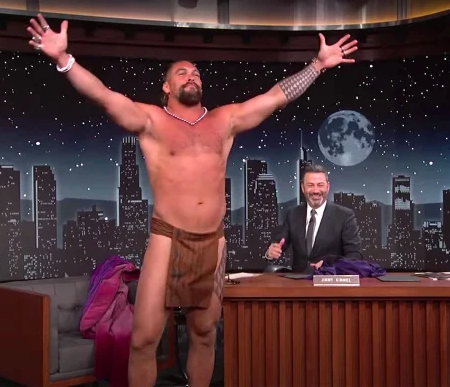 Watch the video below.

There is something at my baby’s back!

Court sets aside conviction of EFCC chairman for contempt