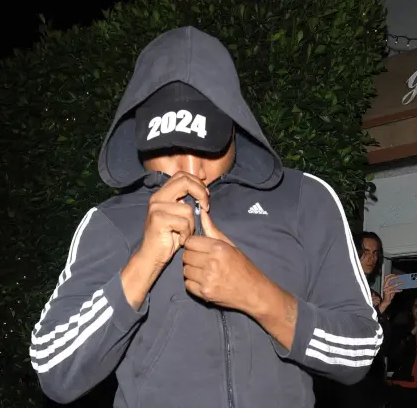 People close to Kanye West are certain he’s in the midst of a psychiatric episode and they are worried about him.

The American rapper made news headlines several times over the past week and his friends believe this is a result of a mental break.

Friends told New York Post that Ye is barely sleeping, which is an issue that reportedly contributed to his hospitalization in 2016.

Sources close to the star said that his odd behavior began when he fired the publicist for his Paris fashion show last week, scrapped his plans for the show and hastily put together a new show featuring the now-infamous “White Lives Matter” theme.

He also booked his jaw-dropping interview with Tucker Carlson against the advice of his team, according to insiders.

Since then he’s been firing consultants and advisers who have disagreed with him or resisted his ideas, which have widely been regarded as anti-Semitic or racist.

He’s also trying to hire a new team geared toward politics, and said he wants to focus on putting together a platform for a second presidential run in 2024.

Over the weekend, he posted a baseball cap with “2024” printed on the brim.

Kanye said in 2019 that he suffers from bipolar disorder.