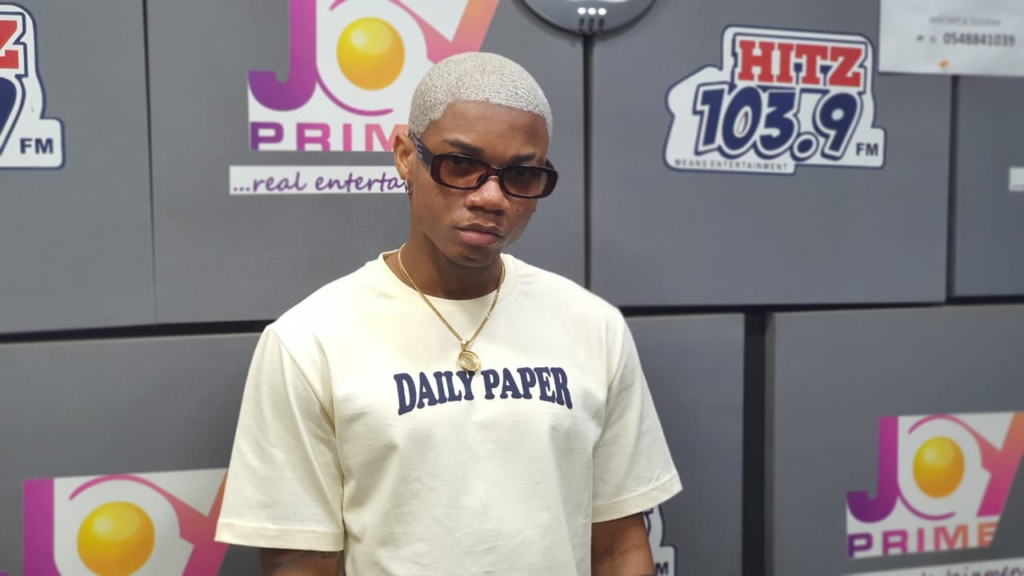 Musician Kidi is currently trending on Twitter for abandoning a performance due to a malfunctioned microphone.

The Artiste was due to perform on Saturday night as part of the University of Cape Coast (UCC) SRC week activities at the Casford field.

However, upon mounting the stage and with students cheering him on while excitingly waiting for his performance, the microphone malfunctioned.

In a viral video on Twitter, Kidi could be seen testing the microphone several times but the feedback and sound echoes from the microphone were poor which made it impossible for the musician to perform.

He eventually left the stage without performing.

This has got many Twitter users lambasting UCC SRC for such a disappointing and embarrassing display.

Apparently then the mic no Dey work so your man Japa
pic.twitter.com/PUBhCjUt51

GIJ host more artists and we never had any issues with Microphone or sound but Cape Coast UPSA host Kidi and cant give him a functioning mic 😂is this your school?

UCC be like SHS ah how you be book artist make them come perform then your microphone no good? Leave kidi alone 🤣😂😂😂

Kidi, however, defied all odds and finally performed with an intermittent faulty sound system.

KiDi performed at UCC SRC week but was faced with faulty systems.#PulseEvents pic.twitter.com/KnnSj9CJQS