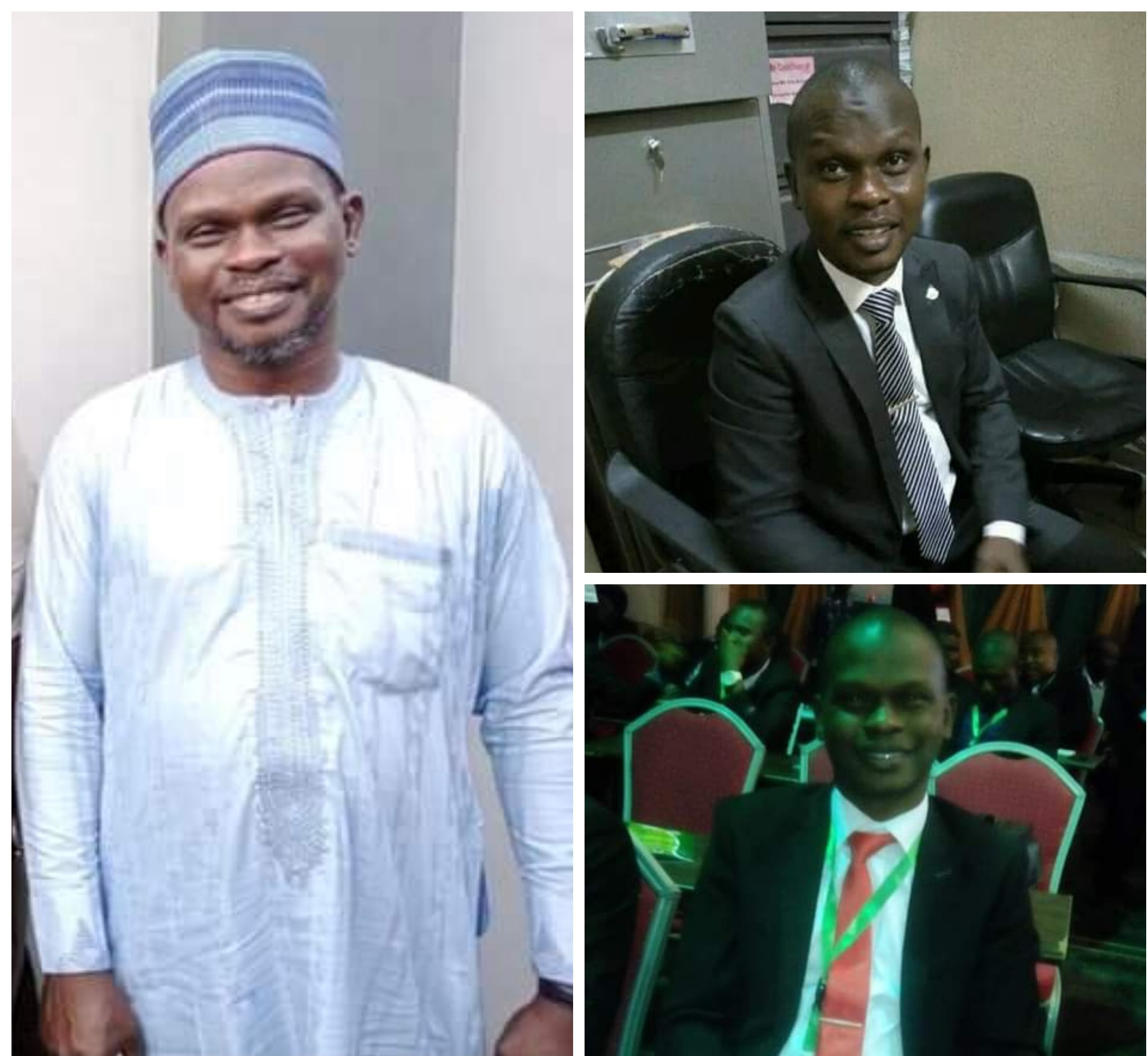 Kidnappers have killed a Surveyor, Shamsideen Abayomi Alamu, after payment of N2.3m ransom.

Alamu, an Assistant Chief Surveyor at the office of the Surveyor-General of the Federation, was abducted last week by gunmen along the Abuja-Lokoja road.

The mother of the deceased, Alhaja Afusat Alamu, told Daily Trust that the incident happened at the Yakwo Farms sharp bend, a kilometre away from the army checkpoint near Abaji town.

Alhaja Alamu said she and her son (deceased), alongside her grandson, Abdulhaq Alamu, were travelling from Iwo, Osun state in a Toyota Corolla with registration number RSH 661NY going to Abuja when gunmen suddenly emerged from the bush and opened fire on the vehicle.

She said the gunmen shot at the front tyres of the vehicle, which forced the deceased who was driving to stop.

According to her, the gunmen immediately came and whisked them away into the bush at the gunpoint.

“It was when the kidnappers took us to their camp after trekking for more than eight kilometres before they now asked us to communicate with whoever we can to raise N50m ransom,” she narrated.

“The gunmen maltreated me and my son until I was able to reach out to some relatives and my son’s colleagues in Abuja, after which a sum of N2,350,000 was raised.”

According to Mrs Alamu, her son was shot dead on Thursday after the gunmen claimed that the deceased attempted to fight them at their den.

The deceased’s mother, however, revealed that she is in a state of devastation over the non-release of her son’s corpse by the gunmen as she had been told to come to where they dropped the ransom to claim the corpse, but the corpse could not be found at the scene.

“My son’s friends and some other relatives mobilised some people to the scene where the kidnappers collected the ransom to retrieve my son’s corpse, but they went there and they could not find the corpse,” she said.

“In fact, I have reported the incident at Abaji police station because that Tuesday night when the incident happened, it was the police from Abaji police division who came and towed the vehicle to their station.”

Alamu, therefore, appealed to security agents to come to her aid to assist in recovering her son’s corpse from the gunmen. 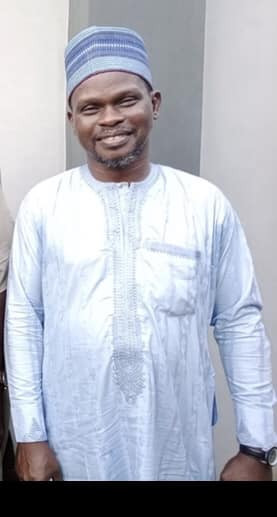 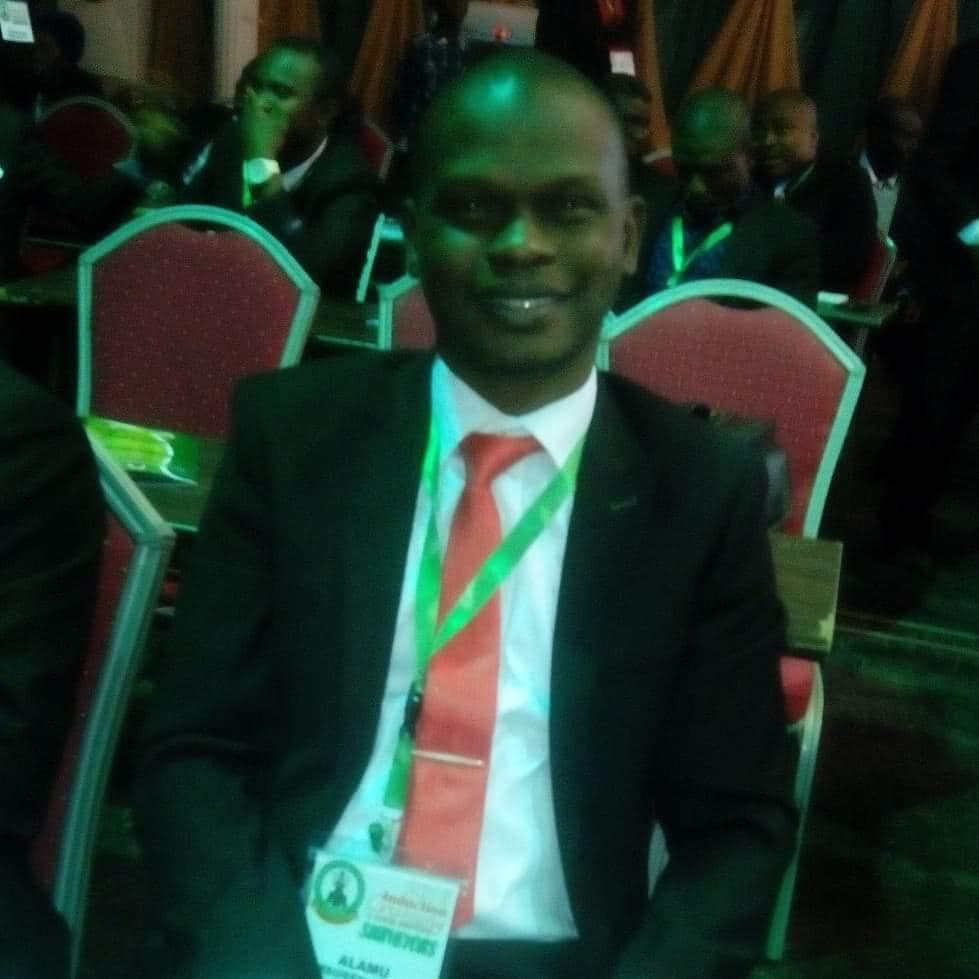 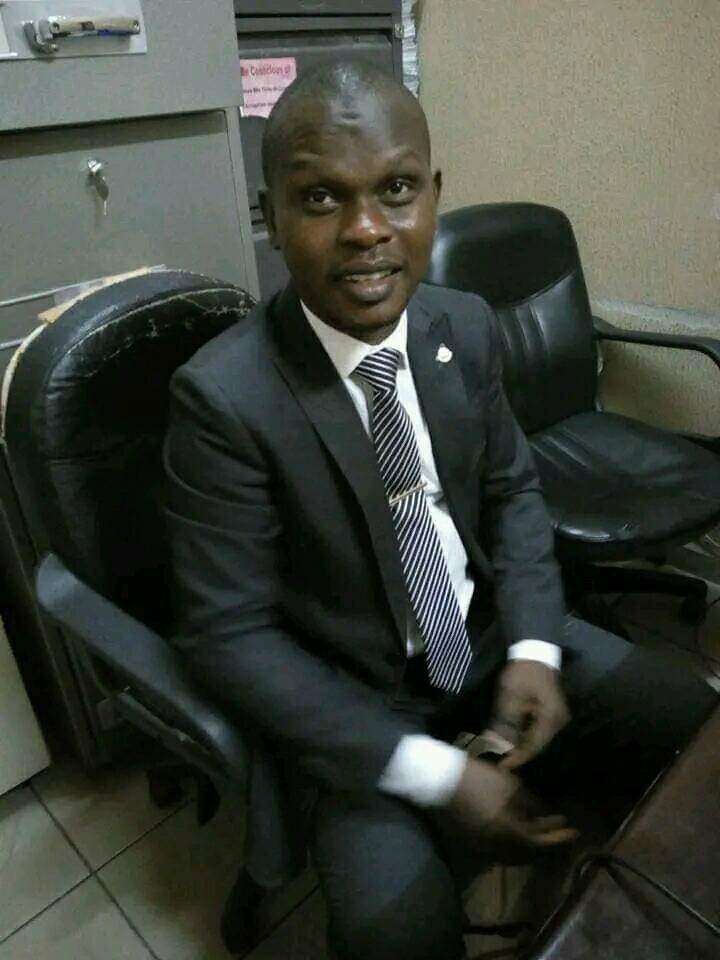 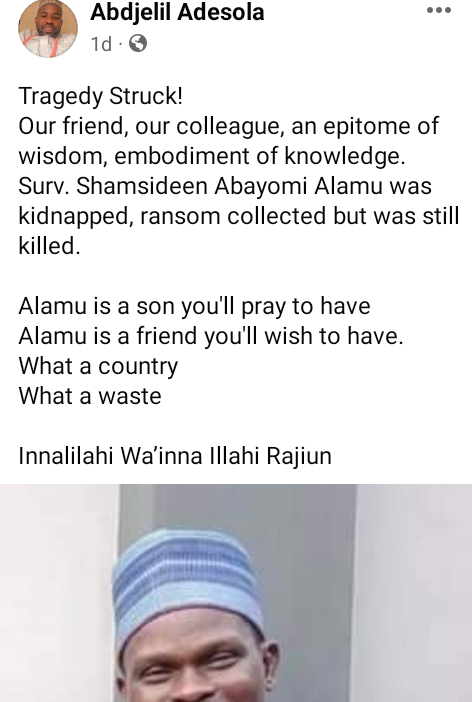 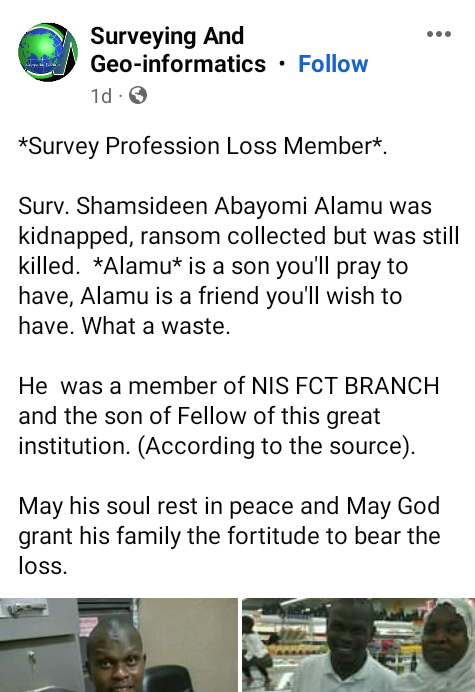 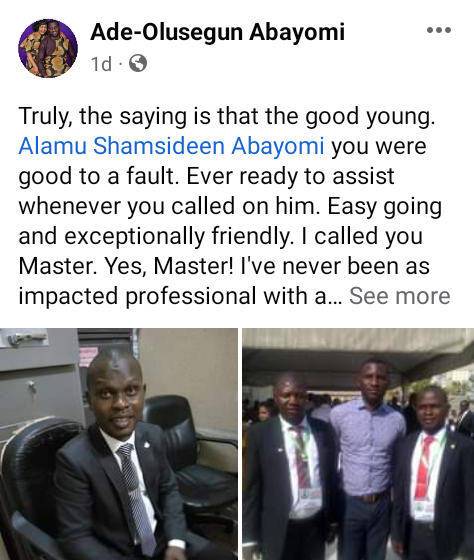 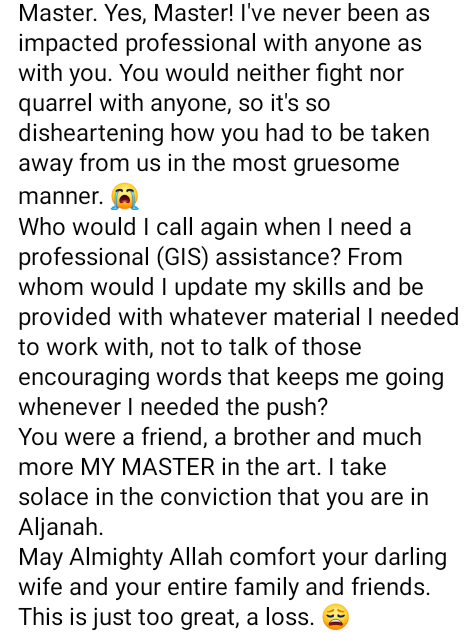