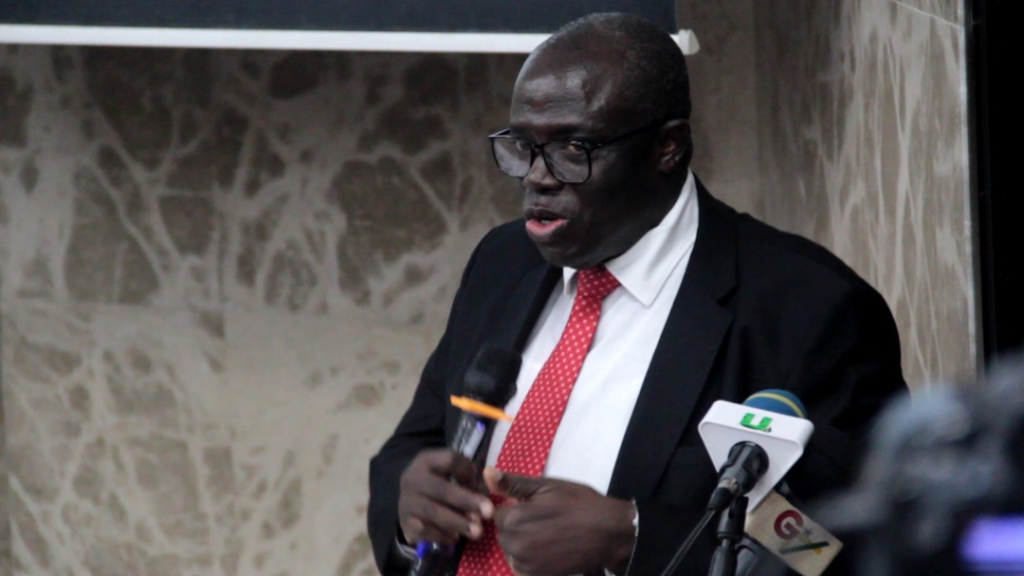 Chief Justice Kwasi Anin-Yeboah has charged judges in the country to expand their knowledge and understating of the new Insurance Act, 2021 (Act 1061).

This comes after the repeal of the Insurance Act, 2006 (Act 724) which occupied the insurance industry for about 15 years.

According to him, critically studying the new Act would ensure Judges of various courts properly apply and resolve cases related to insurance under the Insurance Act 2021 (Act 1061)

In a speech read on his behalf at the opening ceremony of the Nationwide Insurance Workshop for High Court Judges by the National Insurance Commission (NIC), an Appeal Court Judge and Acting Director of the Judicial Training Institute, Justice Dennis Adjei emphasised the importance of understanding the new changes captured in the new Insurance Act.

He said the new insurance law covers both statutory regime and common law in addition to new charges introduced by the Act.

“As judges, we are mandated to resolve all disputes and legalities that may come before us under the Act and we should be able to resolve them in accordance and purpose for which the Act was enacted,” Justice Dennis Adjei stated.

“We as judges must understand what the Act seeks to address and apply the Act to promote the interests of stakeholders in the insurance industry, particularly the citizenry,” he added.

These, according to him include solvency and capital requirements, transfers and mergers, licensing, statutory deposits, mediation of complaints, whistle-blowing, and financial provisions, among others.

Justice Dennis Adjei further called on the insurance regulator; NIC to ensure the workshop and sensitisation exercise on the new Insurance Act is extended to magistrates, circuit and district court judges across the country.

For now, the insurance workshop is targeted at Judges of the High Court, Appeal Court, and Supreme Court of Ghana.

“This is to inculcate good negotiation and other ADR skills in insurance practitioners themselves in order not to impede the amicable settlement of insurance cases, thus reducing insurance-related litigations,” Dr Ofori said.