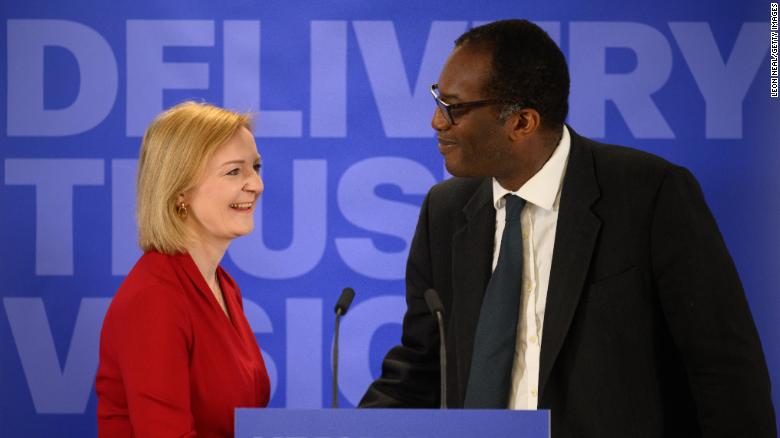 Kwasi Kwarteng has confirmed his sacking from office as the UK Chancellor, saying he was asked to “stand aside.”

In a letter written to the Prime Minister Liz Truss, which he posted on Twitter, Mr Kwarteng acknowledged the market turbulence that took place after his mini budget on September 23.

He noted that as the government plans to ensure economic discipline, “I look forward to supporting you and my successor to achieve that from the backbenches.”

Although he did not choose to leave but was sacked, Kwasi Kwarteng has assured that he will support new measures the Prime Minister Liz Truss puts in place, adding that “We’ve been colleagues and friends for many years.”

“As I have said many times in the past weeks, following the status quo was simply not an option. For too long this country has been dogged by low growth rates and high taxation – that must still change if this country is to succeed,” he observed.

“It is important now as we move forward to emphasise your government’s commitment to fiscal discipline… I have seen your dedication and determination. I believe your vision is the right one.”

With his sacking, it means Kwarteng is the second shortest-serving UK chancellor on record.

The shortest serving chancellor, Iain Macleod, died of a heart attack 30 days after taking the job in 1970.

Since 2019, the UK has had four chancellors, including Nadhim Zahawi who served the third shortest tenure with 63 days during a short-lived reshuffle under Boris Johnson, and Sajid Javid who served 204 days – the fourth shortest tenure since the Second World War.