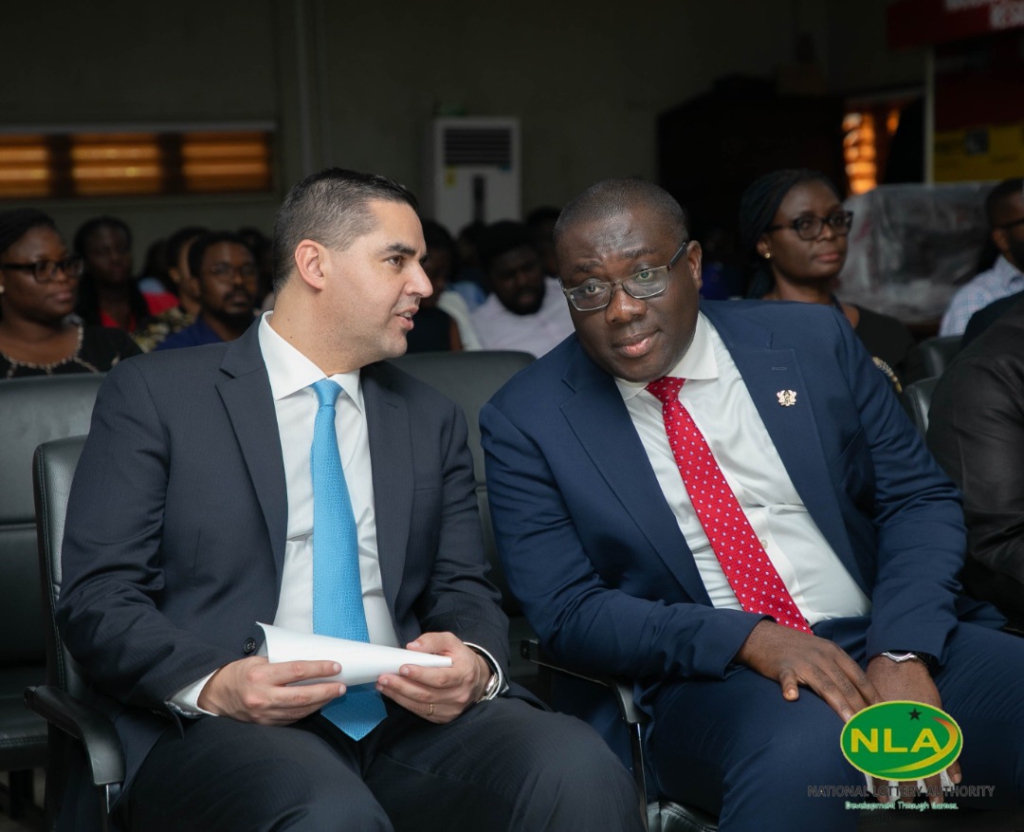 The Maltese Minister of Foreign, European Affairs and Trade, Dr. Ian Borg, has assured that his country remains committed to enhancing the partnership it enjoyed with Ghana and the National Lottery Authority (NLA) for the last 60 years.

He explained that the collaboration must be expanded to cover other areas of national development for the benefit of the people of both countries.

Dr. Borg stated this when he unveiled the bust of the first Director General of the NLA, Francis William Brennan, a Maltese who helped in establishing the authority and organised its first draw in 1962.

Dr. Borg noted that the relationship between the two nations, especially with the NLA exemplified the strong bond which should be nurtured to benefit other areas of national development

He commended the staff and management of NLA for guiding the smooth evolution and growth of the NLA since its inception 60 years ago.

He said listening to the story of the role Malta played in the establishment of the NLA, he was filled with pride because “a simple act of solidarity between two governments not only led to the establishment of this important national institution but also paved the way for closer ties between our two countries”.

Dr. Borg said 60 years of friendly relationship was thriving and it was for that reason that he had visited the NLA to memorialize the contribution of Malta and the Brennan Hall to the NLA in Ghana and cement their relationship.

He said the recent visit of NLA officials to Malta also served to rekindle and revive the collaboration between the two nations and their peoples.

A Board Member of the NLA, Philip Kofi Aning, assured that the NLA would continue to tap from the experience, expertise, and knowledge of their counterparts in Malta to grow and expand its base.

He commended the Maltese government for the reception offered the staff and management that visited Malta.

The Director General of the NLA, Samuel Awuku indicated that as part of its strategic objective, the authority planned to acquire new drawing machines and renovate the Brennan Hall into a world-class centre in line with international standards. This, he believes is also to preserve the hall for generations yet unborn.

He said the move would also help in attaining its mandate of generating extra revenue to be able to offer more assistance to the vulnerable, aged, orphans and destitute in the society, whiles supporting government’s developmental agenda.

He described the visit by Dr. Borg to Ghana and the NLA premises as concrete indications of how Malta intended to deepen the bilateral ties between the government of Ghana and Malta.

Mr. Awuku said the NLA held in high esteem the Maltese government for playing a great role in the establishment of the NLA and indicated that to express its gratitude, the NLA memorialize Mr. Brennan the first Director-General with a bust and named the hall after him.

“The two memorials, the bust and the Brennan Hall, he explained were permanent reminders of the brotherly relationship between the two nations, particularly with the NLA.

He announced that the NLA was seeking collaboration to facilitate the visit of some of its staff to undertake training in Malta to sharpen their skills to expedite the growth of the authority.