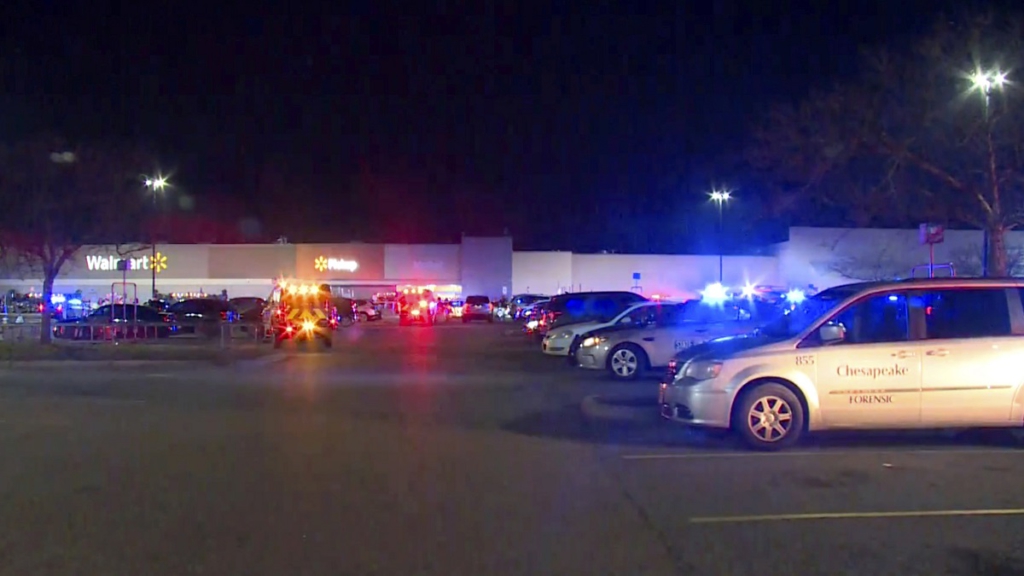 In this image from video police respond to the scene of a fatal shooting at a Walmart on Tuesday night, Nov. 22, 2022, in Chesapeake, Va. (WAVY-TV 10 via AP)

A gunman has killed up to 10 people in a Walmart supermarket in Chesapeake, in the US state of Virginia, police say.

A man believed, to be the store manager, opened fire then turned the gun on himself, and is now dead.

The City of Chesapeake tweeted “police confirm an active shooter incident with fatalities at the Walmart”.

There are few details, but a police officer spoke of no more than 10 people killed and multiple injured. No motive has emerged.

Spokesperson Leo Kosinski said the shooting was believed to have happened inside the store, and that the suspect acted alone.

Walmart said it was “shocked at this tragic event” and that it was “working closely with law enforcement”.

Virginia state Senator Louise Lucas said she was “absolutely heartbroken” at what she described as “America’s latest mass shooting”.

She added on Twitter: “I will not rest until we find the solutions to end this gun violence epidemic in our country.”

Tuesday evening’s attack comes just days after a gunman opened fire at a LGBT nightclub in the US state of Colorado, killing five people and injuring 17 others.