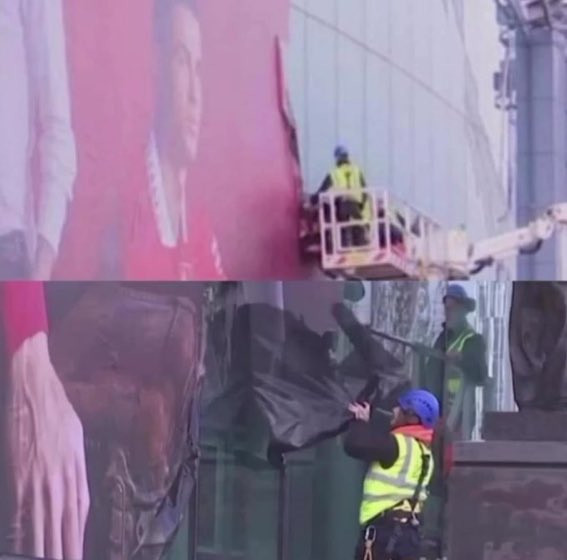 A giant mural of Cristiano Ronaldo has been taken down at Old Trafford.

The mural was removed days after Ronaldo said he felt betrayed by Manchester United for trying to force him out and that he has no respect for the club’s manager, Erik ten Hag. 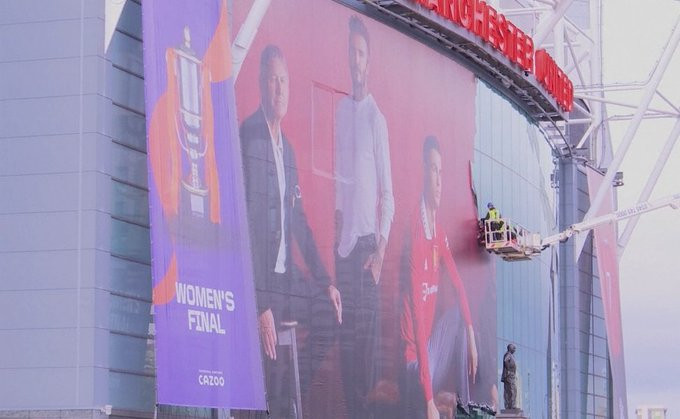 Reacting, the Red Devils in a statement said: “Manchester United note the media coverage regarding an interview by Cristiano Ronaldo. The club will consider its response after the full facts have been established. Our focus remains on preparing for the second half of the season and continuing the momentum, belief and togetherness being built among the players, manager, staff, and fans.”

Ronaldo was on the poster alongside some of the club’s iconic No 7s as part of the ‘More than a shirt’ campaign.

Workers were seen taking the giant poster down on Wednesday, November 16, just hours before the first part of his bombshell interview with Piers Morgan on TalkTV will be aired.

‘Wow.. so petty!,’ Morgan said in a tweet after a clip emerged of the poster’s removal.

Watch the video below