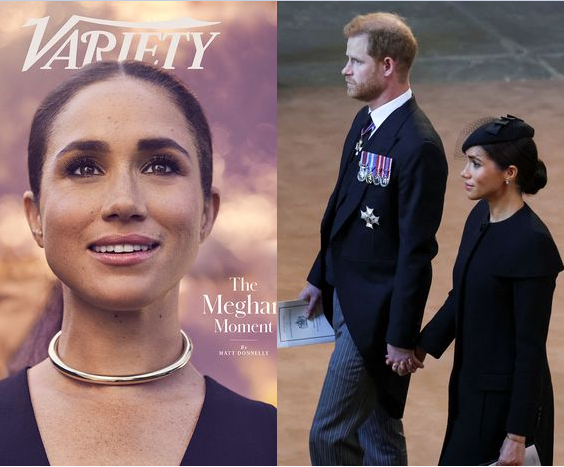 Meghan Markle has opened up about the Queen’s death for the first time in a new interview.

Speaking for a cover story in the latest edition of Variety magazine, the Duchess of Sussex admitted it was a “complicated time” for the family, while also sharing Prince Harry’s emotional remark about his grandmother’s death.

She also reflected on the time she spent with the Monarch, who died on September 8, and revealed how the royal family are coping with the loss. 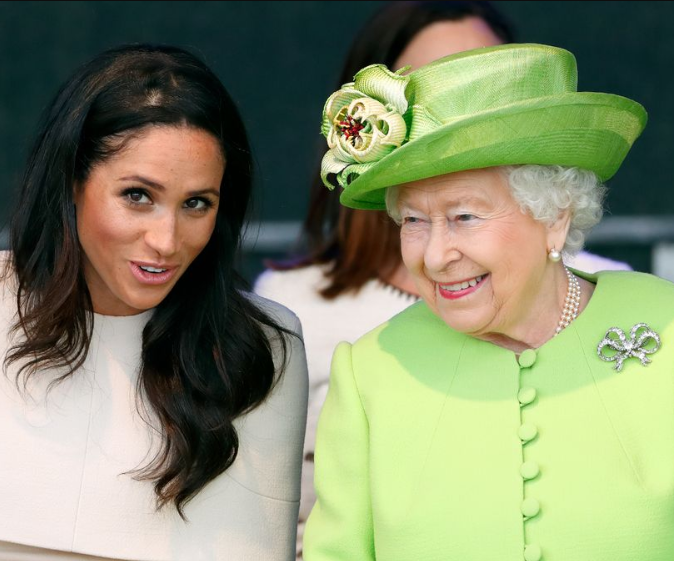 She said: “There’s been such an outpouring of love and support. I’m really grateful that I was able to be with my husband to support him, especially during that time.

“What’s so beautiful is to look at the legacy that his grandmother was able to leave on so many fronts. Certainly, in terms of female leadership, she is the most shining example of what that looks like.

“I feel deep gratitude to have been able to spend time with her and get to know her. It’s been a complicated time, but my husband, ever the optimist, said, ‘Now she’s reunited with her husband.’

“I’ve reflected on that first official engagement that I had with her, how special that felt. I feel fortunate. And I continue to be proud to have had a nice warmth with the matriarch of the family.”

Speaking on how the royal family is dealing with the Queen’s death, Meghan told Variety said: “In big moments in life, you get a lot of perspective. It makes you wonder what you want to focus your energy on. Right now, we feel energized and excited about all of the things we’ve been building toward. We’re also focused on our foundation. So much of the work we do includes the philanthropic space.”

Meghan also discussed her controversial interview with Oprah Winfrey in which she talked about her time with the royal family.

“I really wanted to celebrate her at what I thought was just going to be a small and intimate birthday lunch.

“I envisioned it being us eating sandwiches in this cottage she was staying at. Instead, it was an extravaganza — by the way, as she deserves. But I hadn’t really seen people in a long time, and the interview had come out maybe a week before.

“Walking into a room alone is never easy for me, and I remember feeling a bit uncomfortable. But before I could let my uncertainty linger, Pamela Adlon came up to me and greeted me with such warmth and kindness.

“She toured me around the room, and at every turn, more generosity and love was felt. Maybe it’s just a testament to the kind of company Glo keeps, but I also think these women were extraordinary to ensure I felt so welcomed.

“It’s like they knew exactly what I needed to feel in that moment. It meant, and still means, so very much to me. The power of sisterhood and female support can never be underestimated.”

Meghan also shared insights into life in the US, which she shares with Harry and their children Archie and Lilibet.

She explains that she and Harry both work from home in a shared office.

She said: “We share an office. We work from home, as most people started to do during lockdown. It allows us to have significant time with our kids at this really special moment in their lives. We’ll never get this time back. I make breakfast, and we get the kids set for the day.

“We do a lot of joint calls and Zooms, but also try to divide what we can focus our energies on so we can accomplish even more.

“My husband is on a 24-hour time zone, where half of your life is waking up as the other half is going to sleep. It’s kind of the reverse of what I went through living in the U.K.

“He’s very good at responding on text. Me, I try to be as fast as possible on email. I’ve always said, if it takes less than five minutes, do it now.”

Parliament to resume from recess on Tuesday