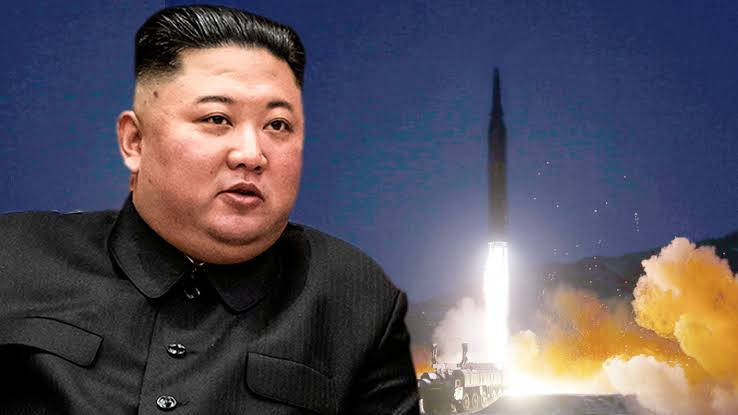 North Korean state media has broken its silence over the country’s recent string of missile tests, saying they were part of simulated procedures intended to demonstrate its readiness to fire tactical nuclear warheads at South Korea.

The Kim Jong-Un regime has tested ballistic missiles seven times since September 25, the latest of 25 ballistic and cruise missiles this year, raising tensions to their highest level since 2017 when he sparred with former US president, Donald Trump before they both held inconclusive summits in Vietnam and Singapore.

Quoting leader Kim Jong Un, who oversaw the drills, the state-run Korean Central News Agency (KCNA) said the tests, which coincided with nearby military drills between the United States, South Korea and Japan, showed Pyongyang was ready to respond to regional tensions by involving its “huge armed forces.”

KCNA said the series of seven drills of North Korea’s “tactical nuclear operation units” showed that its “nuclear combat forces” are “fully ready to hit and wipe out the set objects at the intended places in the set time.”

The KCNA report said the recent drills, from September 25 to October 9, were designed to send a “strong military reaction warning to the enemies” and to verify and improve the country’s fighting capabilities.

In the report, Kim called South Korea and the United States “the enemies” and said North Korea doesn’t need to hold talks with them.

KCNA said on September 25, North Korea workers took part in exercises within a silo under a reservoir to practice what it described as loading tactical nuclear warheads to check the swift and safe transportation of nuclear weapons.

Three days later, they simulated the loading of a tactical nuclear warhead on a missile that in the event of war that would be used in “neutralizing airports in South Korea’s operation zones.”

Experts say that North Korea has likely manufactured some nuclear warheads – “20 to 30 warheads for delivery primarily by medium-range ballistic missiles,” according to Reuters.

‘No room for compromise’ on Taiwan’s sovereignty