The mother of George Floyd’s daughter has sued Kanye West for $250m in the wake of his controversial comments about Floyd’s death at the hands of a Minnesota police officer.

West claimed that Floyd, who was murdered by Minneapolis cop Derek Chauvin in May 2020, died after taking fentanyl and the police officers knee ‘wasn’t even on his neck like that’.

The rapper made the claims in an appearance on the Drink Champs podcast on Saturday and made his comments while discussing Candace Owens’s documentary The Greatest Lie Ever Sold: George Floyd and the Rise of BLM.

Following the comments, civil rights attorney Lee Merritt, who represented Floyd’s family, took to Twitter to suggest that the family may take legal action against West.

Now Floyd’s family have issued a cease-and-desist letter to West, 45,  for the comments he made on the Drunk Champs podcast, which has since been taken down. 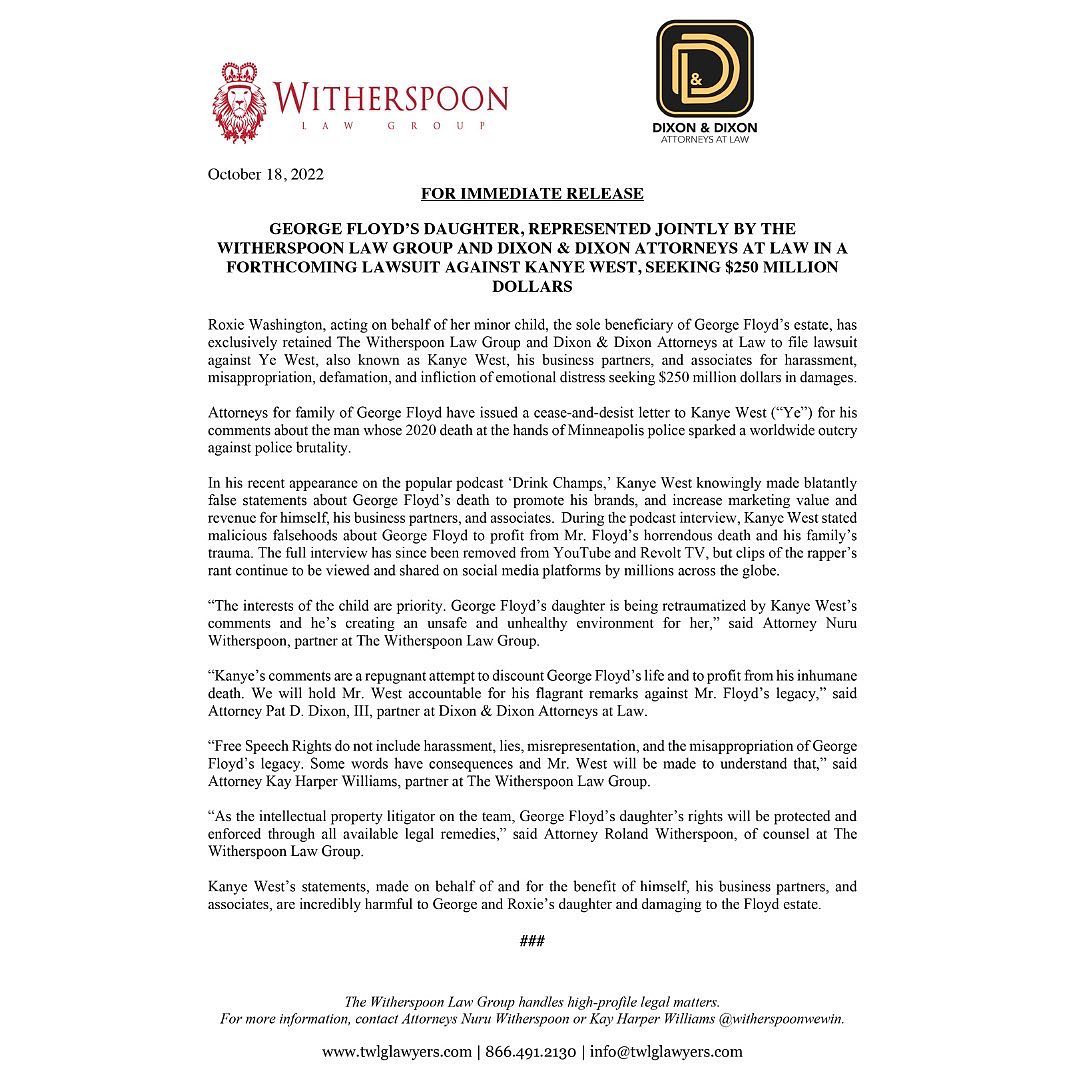 In the lawsuit filed by Roxie Washington, the mother of Gianna Floyd, lawyers said West made “false statements about George Floyd’s death to promote his brands, and increase marketing value and revenue for himself, his business partners, and associates.”

The lawyers also stated that West had used “malicious falsehoods” about Floyd in order to profit from his death and the Floyd family’s trauma.

“The interests of the child are priority,” Attorney Nuru Witherspoon, partner at The Witherspoon Law Group, said.

“George Floyd’s daughter is being traumatised by Kanye West’s comments and he’s creating an unsafe and unhealthy environment for her.”

Floyd, a Black man, was killed in an altercation with police in Minneapolis in May 2020, with a nine-minute video showing Officer Derek Chauvin with his knee on his neck.