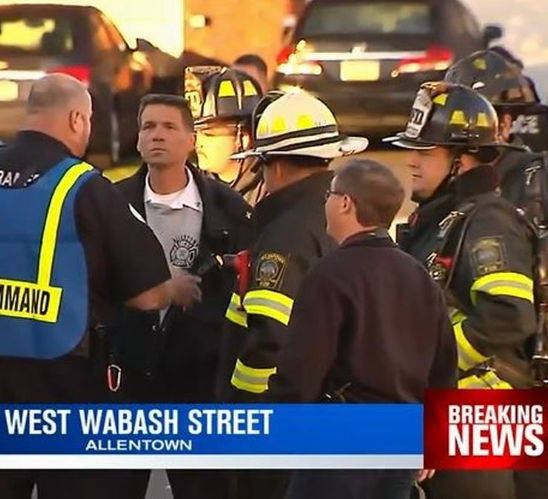 A nursery has been evacuated and emergency services are responding following a carbon monoxide leak.

A total of 26 people including children and teaching assistants have been transferred to four nearby hospitals due to the leak at a daycare centre in Allentown, Pennsylvania.

Several children were taken away on stretchers.

All are reported to be in stable condition.

Authorities declared a level 1 mass casualty, meaning there are warnings medical responders could become overwhelmed by the number of casualties.

A call for medical help was first received in relation to an unconscious child in the incident at Happy Smiles Learning Center on Wabash Street early on Tuesday morning, October 11.

Captain John Christopher of the Allentown Fire Department said their equipment alerted them to the presence of carbon dioxide when they attended the centre.

Fire departments and other responders have been forced to attend the incident, while a nearby daycare has offered shelter.

Gas company UGI is on the scene and is assessing the situation.

Parents have been notified about the incident.

Borussia Dortmund striker, Sebastien Haller opens up on his treatment for a malignant testicular tumour

Harrysong confirms he was arrested by the police in Lagos state