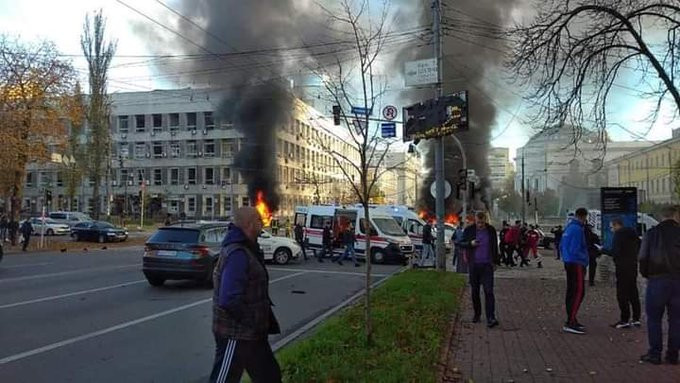 Russia has responded to the attack on the Crimean bridge over the weekend, sending multiple missiles to five Ukranian cities including the capital Kyiv on Monday morning, October 10.

“On the 229th day, they are trying to destroy us and wipe us off the face of the Earth. In general, destroy our people who are sleeping at home in Zaporizhzhia. Kill people who go to work in Dnipro and Kyiv.

“The air alarm does not subside throughout Ukraine. There are missiles hitting. Unfortunately, there are dead and wounded. Please do not leave shelters. Take care of yourself and your loved ones. Let’s hold on and be strong.” 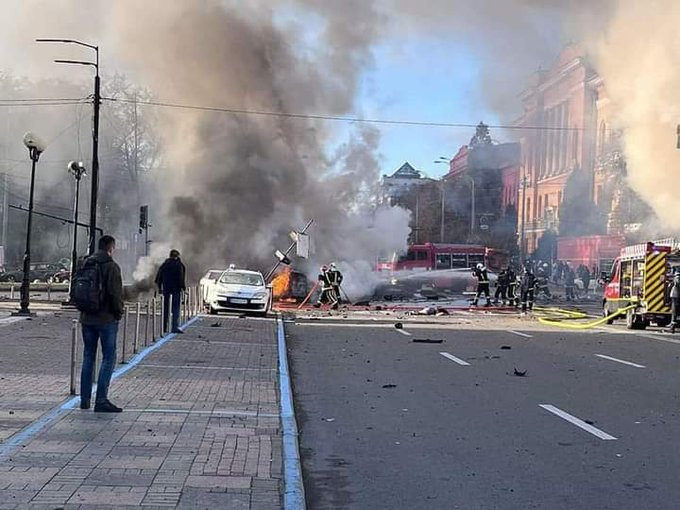 “The rockets hit objects in the city centre (in the Shevchenkiv district) and in the Solomyan district. The air alert, and therefore the threat, continues.

“I appeal to all residents of the capital: stay in shelters during the alarm. If there is no urgent need, it is better not to go to the city today.” 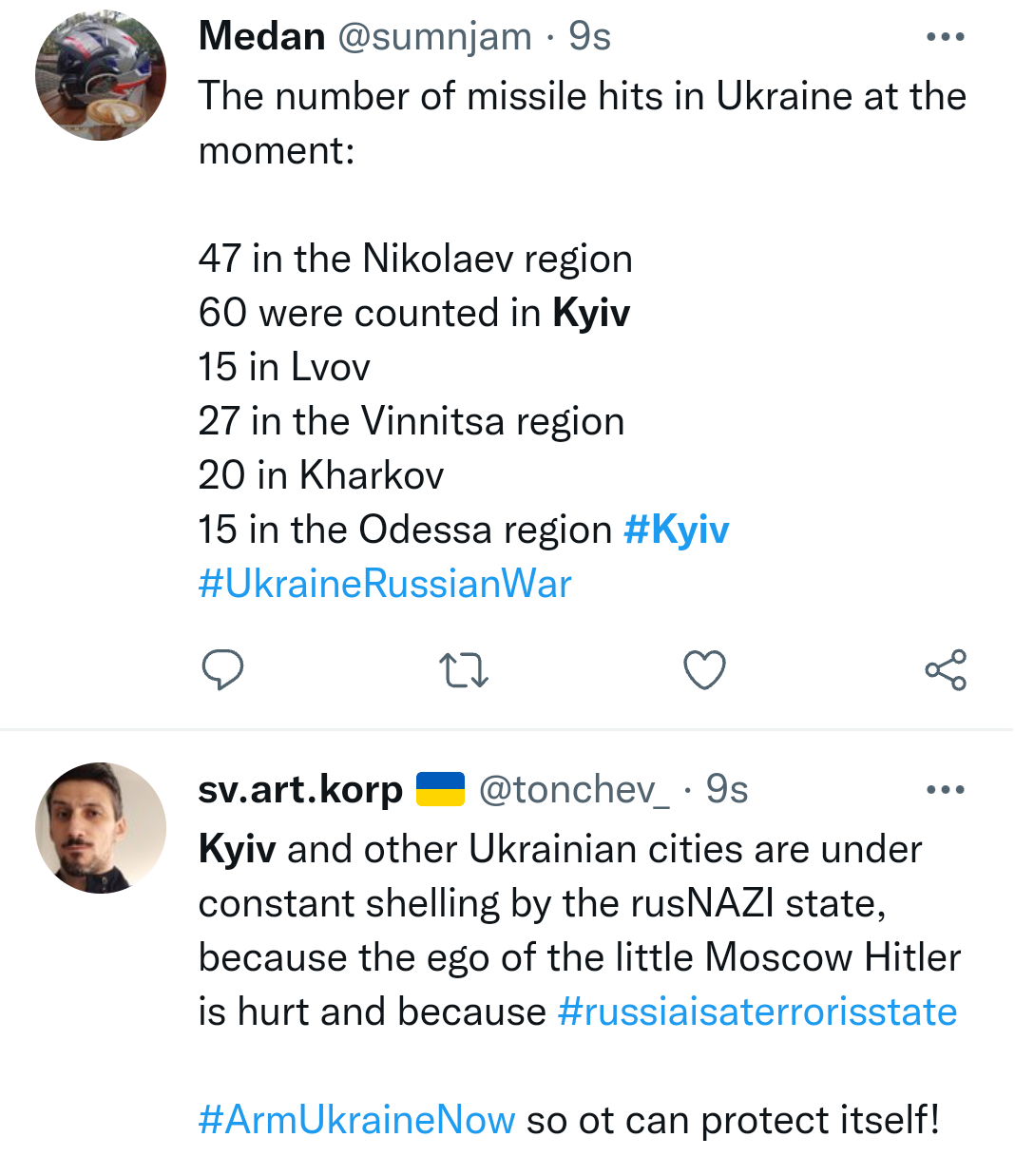 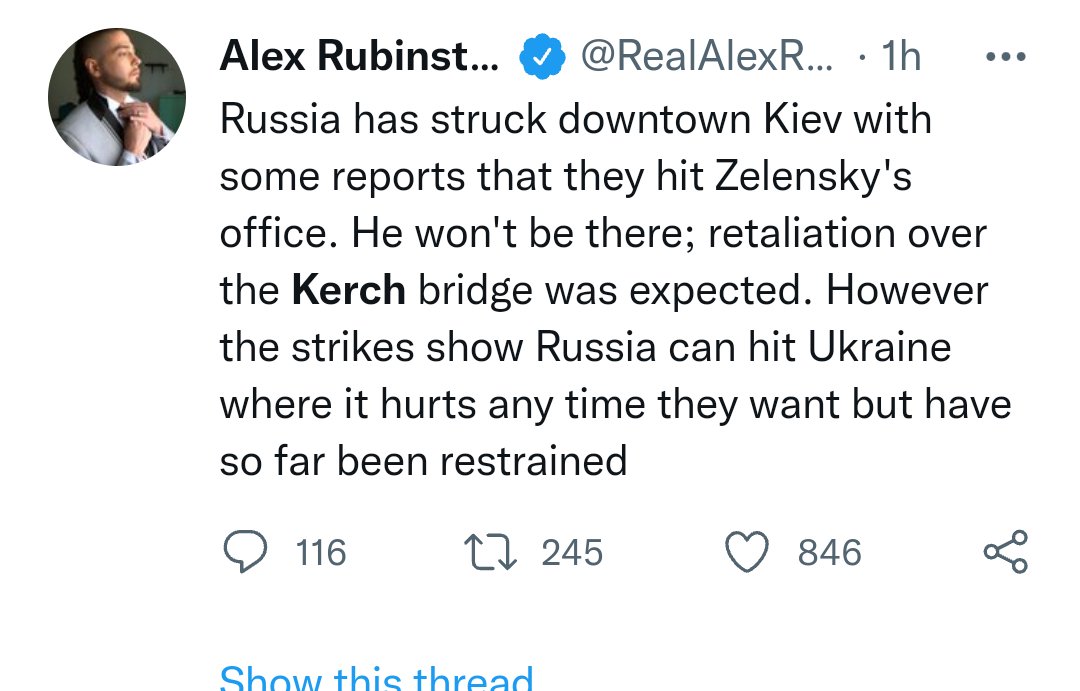 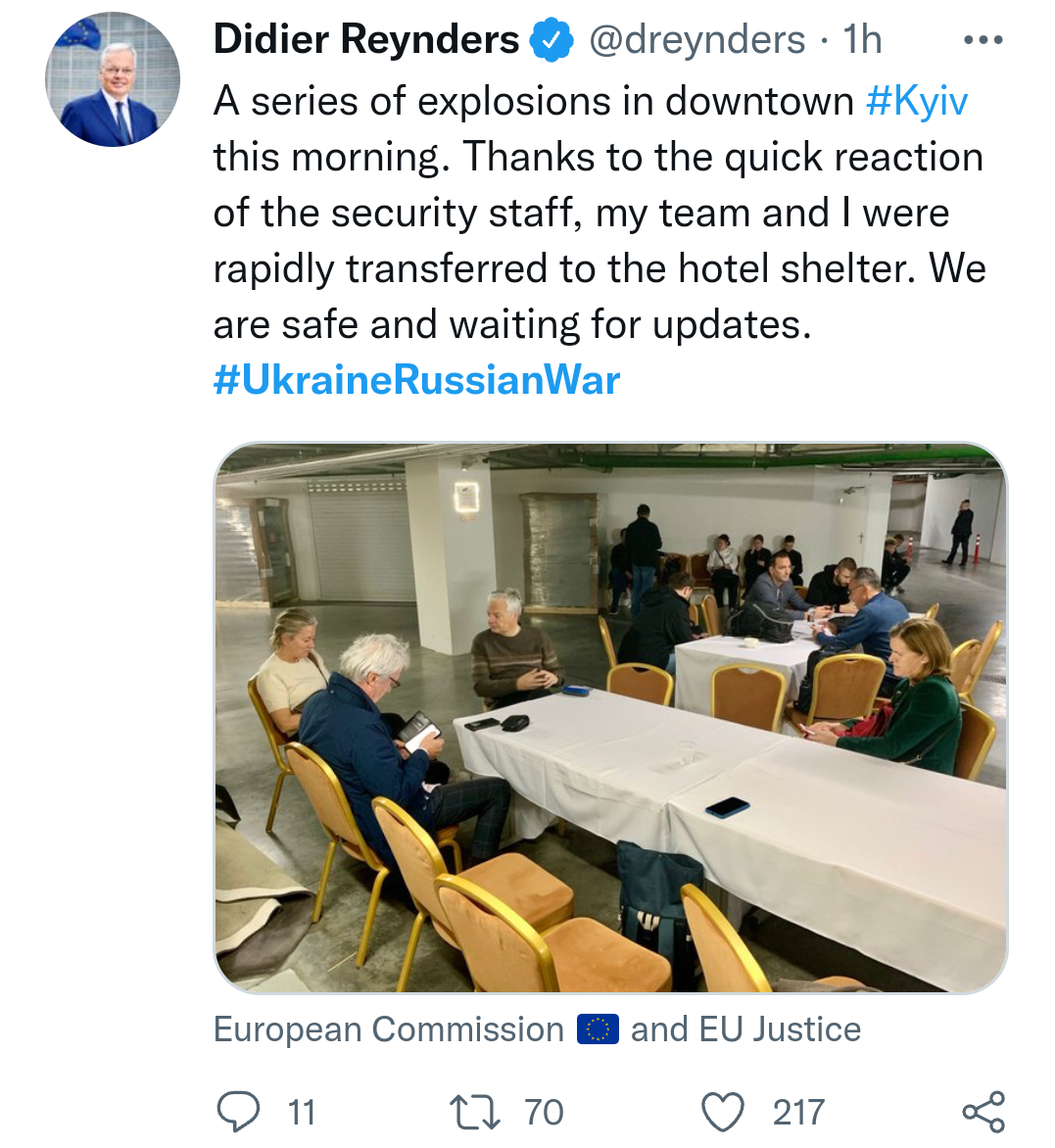 Videos on social media show black smoke rising from a building in the city centre following the sound of the blast, with eyewitness claiming some “missile attacks” were “struck down” by Ukrainian forces.

One of the missiles struck an apartment building, killing one and injuring six. But unlike previous attacks that mostly hit the outskirts of the capital. Monday’s strike targeted several locations in the centre of the city. 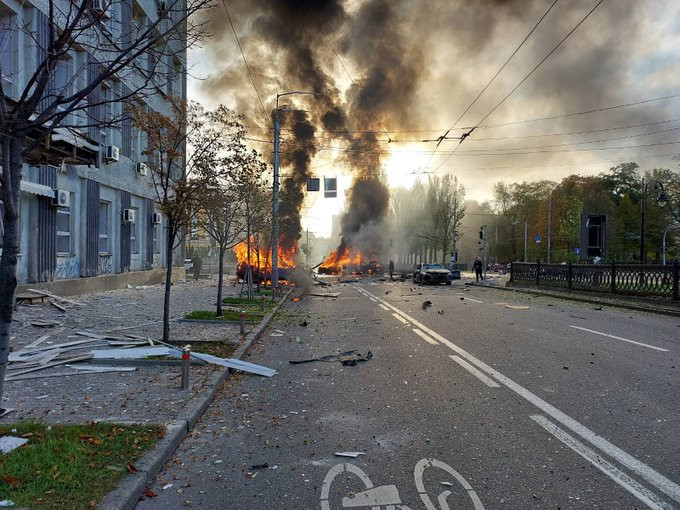 The last attack on Kyiv was in June.

The attack comes just days after an explosion on the Kerch Strait Bridge that links occupied Crimea to Russia.

Several explosions occurred all across Ukraine’s capital Kyiv on the morning of Oct. 10.

Large craters caused by the explosions can be seen at central city intersections during rush hour and in front of Shevchenko National University.

BREAKING: Russian missile attacks have been reported in multiple cities across Ukraine, including in Dnipro (pictured), Lviv, Zhytomyr, Khmelnytsky and Ternopil. #UkraineRussianWar pic.twitter.com/rldMnFJqrp

The cute tourist “Klitschko bridge” in Kyiv under bombardment.

Putin, seriously, this is your answer for #CrimeanBridge? How desperate are you, asshole?#RussiaIsATerroristState pic.twitter.com/WAQt52LG3Y