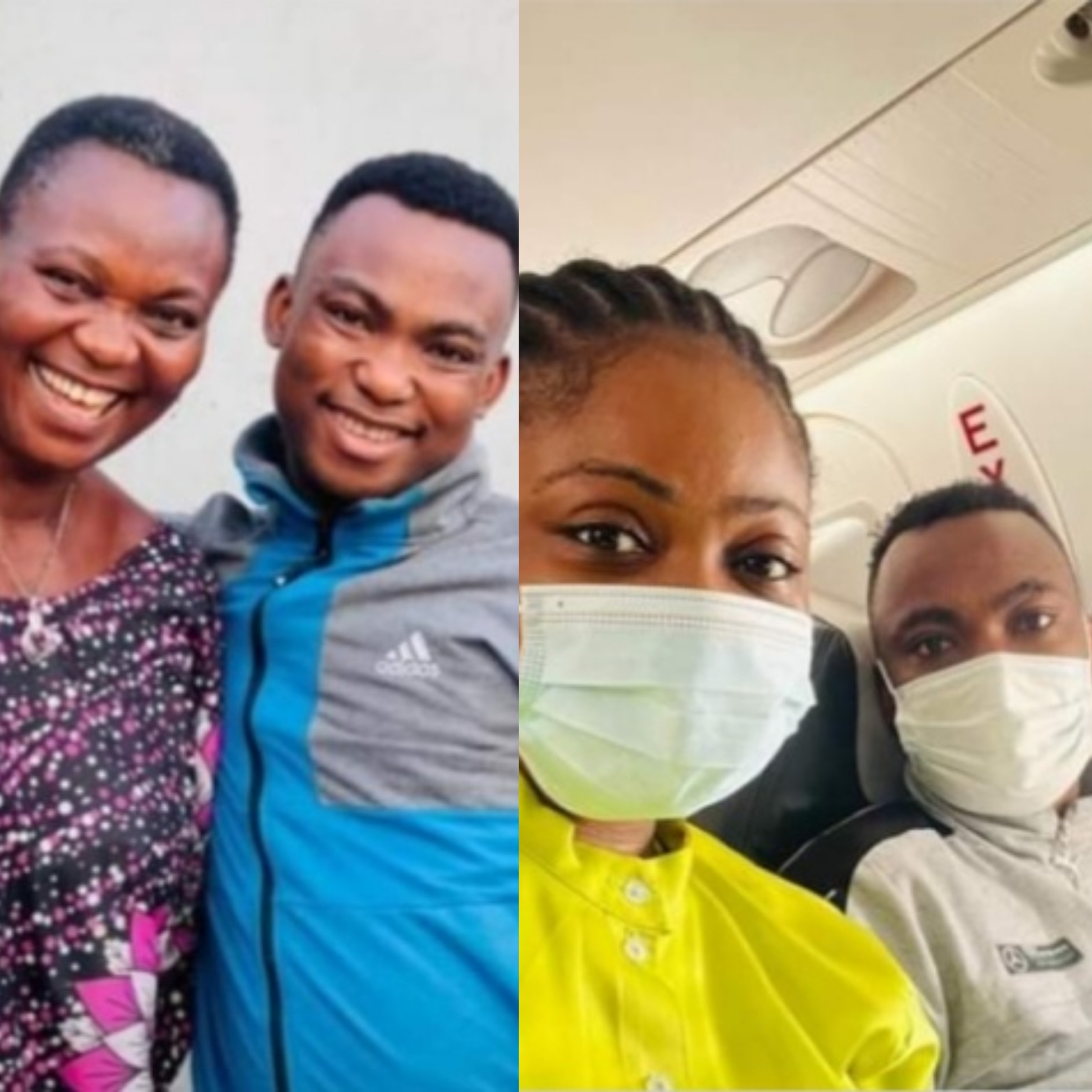 Evangelist Gospel Agochukwu, the founder of Shekinah Arena Gospel Ministries located in Port Harcourt, has advised his followers to treat men of God with respect.

He explained that his wife knows when to go from calling him “baby” to referring to him as “father”.

He said his mother even knelt down to welcome him to her office, to the shock of her colleagues.

He disclosed that when her colleagues told her she shouldn’t be the one kneeling for him, she told them that she might be his mother physically but spiritually he is her father.

He went on to say that what men of God wear is not just clothes but a “mantle” and people who want to benefit from the anointing of prophets have to receive them well.

His post is already going viral, with many Facebook users giving their opinion, especially about the part where he felt comfortable letting his mother kneel for him. 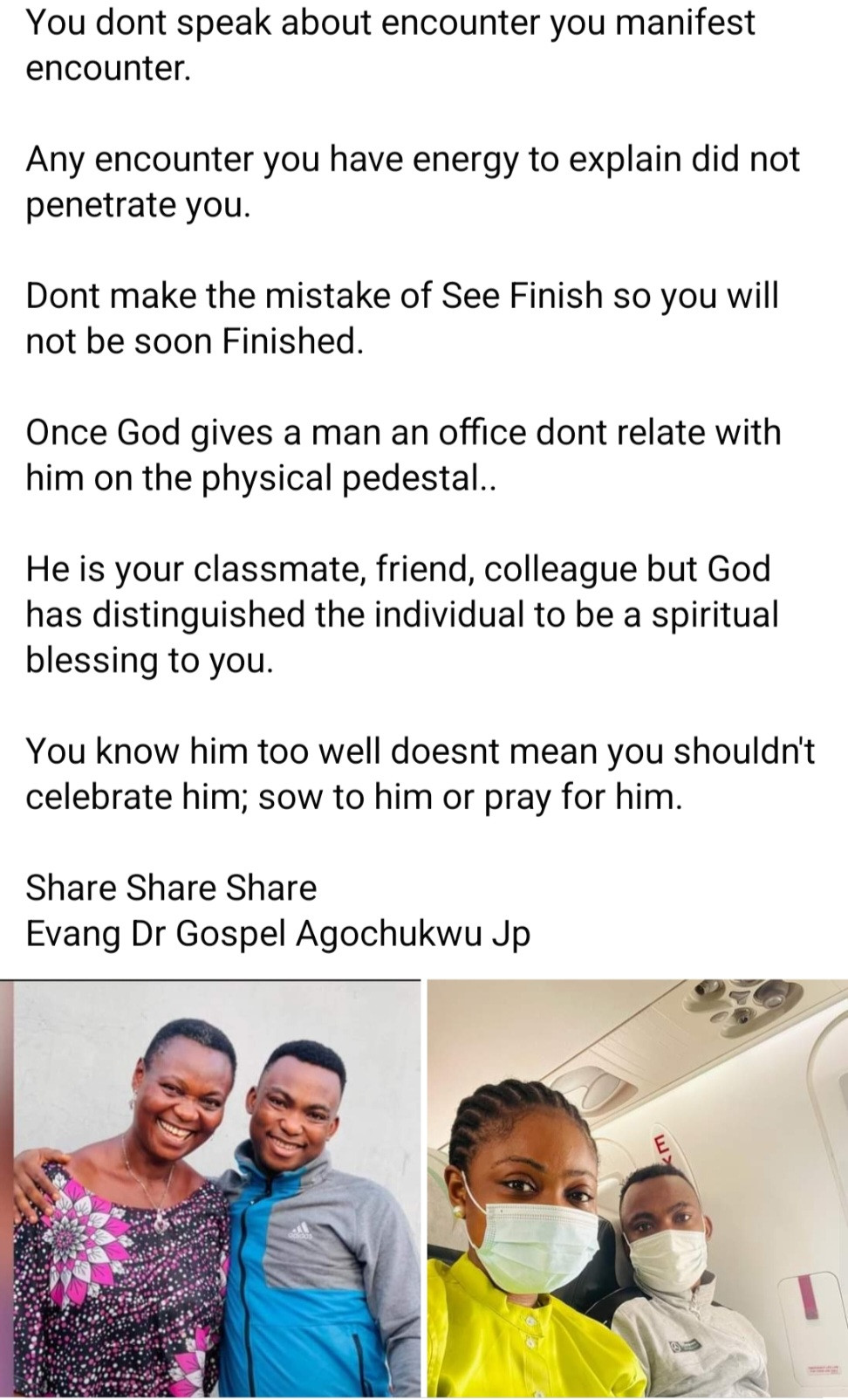