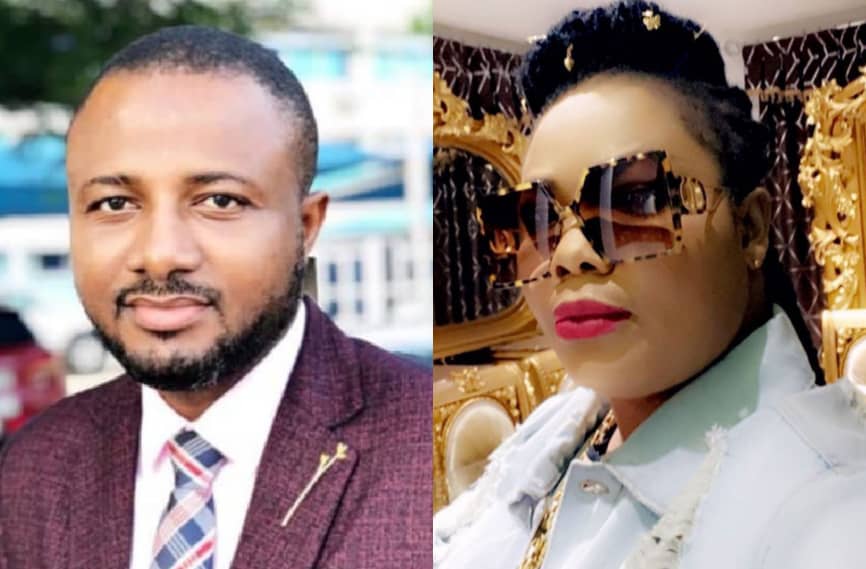 A security analyst, Adib Saani, has stated that the repeated incidents of scam involving Patricia Asiedua (aka Nana Agradaa) is evidence of broken systems in the country.

According to him, her successful attempts at deceiving the public is also due to the absence of strong security protocols to keep her excesses in check.

Speaking in an interview with Paa Kwesi Schandorf on JoyNews on Sunday, he explained that based on information available to him, the culprit, ‘Nana Agradaa’ and her nefarious activities are very well known to the Police.

He however noted that the only reason the Police have consistently left her off the hook, is due to the lapses within the country’s security apparatus and the lawlessness in society.

“Agradaa’s highfalutin is a result of a broken system. She is a reflection of a semi-lawless society. It is society that created her and it’s only society that can stop her. So I would blame everybody including us for what is going on. The blame shouldn’t be exclusive to the Police nor the victims”, he stated.

He continued, “In fact, I don’t blame Agradaa. I don’t blame her much. Because she is only an opportunist who is exploiting loopholes in our norms, values and in our criminal justice system. I blame us also because people’s penchant for overnight riches, greed [and] gullible state of mind is what is accounting for this”.

Mr. Adib Saani also blamed the Police for dealing passively with her despite repeated reports of her association with crimes.

“What has the Police done about her in the past? And I dare anyone to go to the Sowutuom Police station and ask for Agradaa’s files, and you’ll be amazed by the number of complaints that have been leveled against her at the Police station. Almost like a weekly ritual. But what has been done about it?” he quizzed.

The security expert added, “And they know her, she knows them. At a point, people even go to the Police station and the Police is even able to anticipate that ‘I know you’re here because of Agradaa’. What has happened to them? Nana Appiah Mensah, Menzgold, is walking a free man but has destroyed many lives. So the system is broken and the only way out is to fix that system”.

The comments by Adib Saani follow recent complaints from some members of the Heaven Way Church in Weija who accused their leader, Evangelist Mama Pat, popularly known as ‘Nana Agradaa’, of cleverly deceiving them and running away with their monies.

According to the aggrieved congregants, ‘Nana Agradaa’ had earlier promised to double their monies through her special spiritual endowments.

But in a series of viral videos on social media on Saturday, the church members who reposed confidence in the recently converted fetish priestess said their monies have not been doubled, and ‘Nana Agradaa’ is no where to be found.

Some of them who were spotted in the viral videos intimated that they had given huge sums to ‘Nana Agradaa’, ranging from GHC1,000 to GHC20,000.

Meanwhile, the Police have arrested Patricia Asiedua, alias ‘Nana Agradaa’ following the allegations of money doubling scam levelled against her by some members of the public.

The suspect is currently assisting the Police with investigation.

In a statement issued on October 9, 2022, the Police said, “Anyone who is a victim of the alleged money doubling scam should report to the Accra Regional Police Command for further action and to assist in the investigation”.