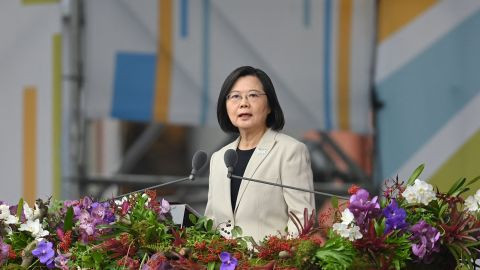 Taiwan’s President Tsai Ing-wen has said that there is “no room for compromise” over the self-ruled island’s sovereignty even though she is willing to work with China to find “mutually acceptable ways” to maintain peace across the Taiwan Strait.

Taiwan, home to 23 million people, lies fewer than 110 miles (177 kilometers) off the coast of China. For more than 70 years the two sides have been governed separately, but that hasn’t stopped China’s ruling Communist Party from claiming the island as its own – despite having never controlled it.

Chinese leader Xi Jinping has said that “reunification” between China and Taiwan is inevitable and refused to rule out the use of force – but in her speech Monday, Tsai urged Chinese leaders not to go down that path.

“The consensus of the Taiwanese people … is to defend our sovereignty and our free and democratic way of life. There is no room for compromise on this,” Tsai said in a speech marking Taiwan’s National Day on Monday, October 10, delivered as tensions between Taipei and Beijing simmer at the highest point in recent decades. 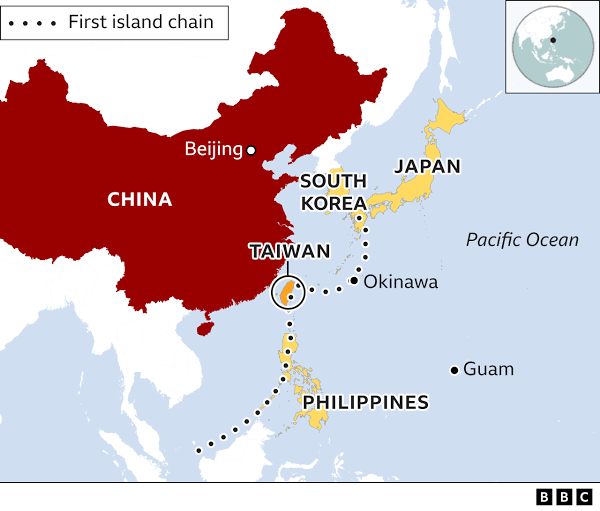 “I call on the Beijing authorities that resorting to war must not be the option for cross-strait relations,” Tsai said. “Only by respecting Taiwanese people’s insistence on sovereignty, freedom and democracy can we resume positive interactions across the Taiwan Strait.”

Following the visit of US House Speaker Nancy Pelosi to Taiwan in early August, China stepped up military pressure tactics on the island, sending fighter jets across the median line of the Taiwan Strait, the body of water separating Taiwan and China.

For decades, the median line had served as an informal demarcation line between the two countries..

Last week, Taiwan’s Defense Minister warned that Chinese fighter jets or drones that intrude into Taiwan’s territorial airspace – defined as 12 nautical miles (22.2 kilometers) from the island’s shores – will be regarded as a “first strike,” as Taipei seeks to step-up its defenses in response to Beijing’s military pressure.

Tsai said in her speech that Taiwan is an “important symbol” of democracy in the world and its people are determined to defend the island.

“The international community is very clear that defending Taiwan’s security equals defending regional stability and democratic values. If Taiwan’s democratic freedoms are destroyed, it will be a major setback for democracies around the world,” she said.

‘I still have memories of the May 9 disaster’ - Herbert Mensah