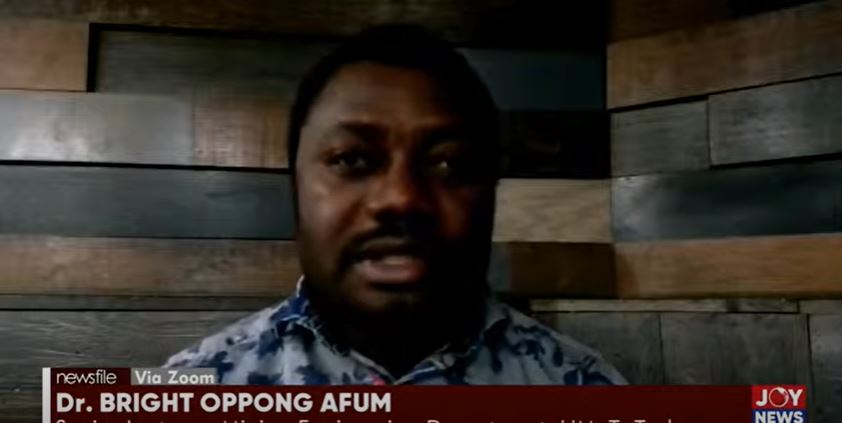 Senior Lecturer at the Mining and Engineering Department of the University of Mines and Technology (UMaT), has urged the government to arrest the financiers of illegal mining in the country.

According to Dr. Bright Oppong Afum, the focus must be shifted from arresting front liners to the financiers of illegal mining if the fight against the menace is to succeed.

“Where are the financiers? Why are we not going to them? But we only arrest the front liners who are finding something to eat. Then we only arrest them and leave the story behind,” he said in an interview on JoyNews’ Newsfile on Saturday.

His remarks come in the wake of numerous arrests of illegal miners across the country, while persons associated with government who are alleged to be complicit have been left off the hook.

Dr. Afum noted that the arrests made, signify that government has access to the broad spectrum of people involved in the menace.

He therefore questioned why the financiers of such illegal operations are not arrested and brought to justice.

“We all know what is happening, we know who is involved,” he added.

In a related development, President Akufo-Addo has vowed to deal with persons within his government who may be found complicit in illegal mining activities.

He said this when he met with MMDCEs on Wednesday to court support for the fight against the canker.

“If the response is not satisfactory, you can guess to yourself what the consequences will be,” the President said.

Meanwhile, the National Democratic Congress has asked President Akufo-Addo to demonstrate his commitment to the fight against ‘galamsey’ by prosecuting his officials who have been found complicit in illegal mining immediately.

Government is clueless on how to resolve economic crisis - Alex Mould