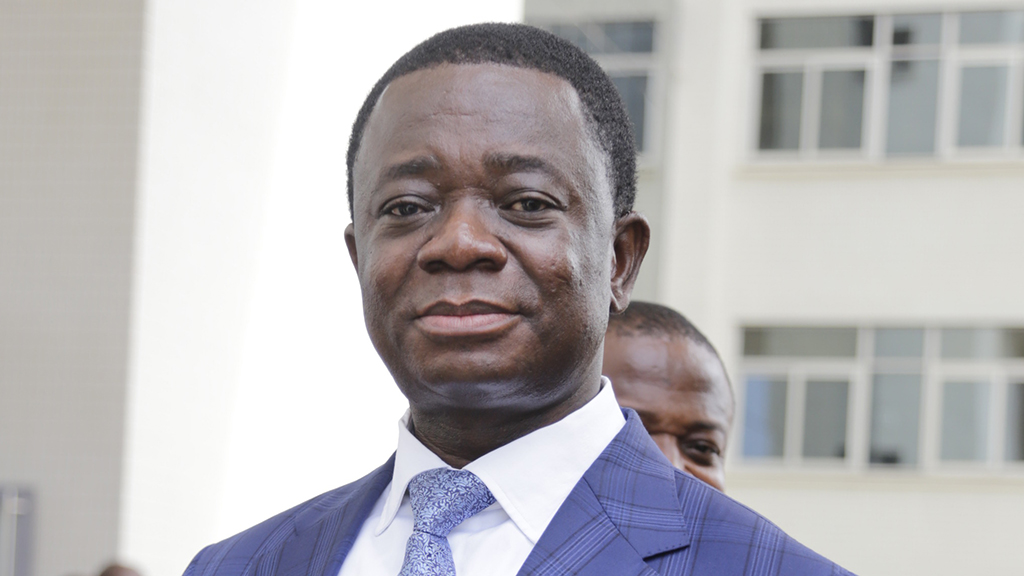 An Accra High Court has dismissed a motion filed by Dr Stephen Opuni to perpetually injunct the trial Judge from further hearing his case, citing Article 145(2a) of the Constitution.

The Court also dismissed an order to set aside the orders of the court dated July 28, 2022.

Dr Opuni and Mr Agongo are facing 27 charges, including defrauding by false pretences, wilfully causing financial loss to the State, money laundering, and corruption by public officer in contravention of the Public Procurement Act.

They have both pleaded not guilty to the charges and are on a GH¢300,000.00 self-recognizance bail, each.

Mr Samuel Cudjoe, Counsel for Dr Opuni, said on the last page of the proceedings of the court dated July 28, 2022, the trial judge said the Chief Justice had ordered him to continue hearing the matter with a limited time to finish.

He said it was their submission that the Chief Justice did not have the power to grant an extension to the tenure of the trial judge under the 1992 Constitution.

He said it was not in dispute that the trial was requested under 139(1c) of the 1992 constitution to sit as an additional high court by the Chief Justice.

The Counsel said because under 139(1c), any judge of the Court of Appeal or Supreme Court could be requested to sit as an additional high court judge by the Chief Justice.

Mr Cudjoe said Article 145(2a) stated that a Supreme Court judge was to mandatorily retire at the age of 70 unless his appointment was extended by the President under 145(4) of the Constitution.

“Under article 144(9) of the Constitution, it was quite clear that the person to be appointed need not be an existing judge unlike under 139(1c) which by its provision all Court of Appeal and Supreme Court are potentially high court judges,” he said.

Mr Cudjoe said that under 144(9), the position to be appointed should be one which existed but had become vacant due to three factors.

The Counsel said since the court resumed from vacation, there were a few court visits and this order had never been set aside by this court.

“We are submitting that the CJ engaged in an unconstitutional act when he purported to extend the tenure of your lordship under 144(11),” he added.

He said the power to extend the tenure of a Supreme Court judge was not to be exercised by the CJ, because he was not the appointing authority.

He said the only person, who could grant an extension to the tenure of the trial judge as stated in article 145(4) was the President and not the Chief Justice.

She said it was their case that the Chief Justice had power under the 1992 constitution to grant power to a justice of the Superior Court to sit for a limited time.

She said the power of the Chief Justice to do so could be found in article 139(c) of the constitution.

The DPP said the power of the Chief Justice to appoint a justice to sit in the high court was clearly stated, citing article 145(1) (2a) and (4) of the Constitution.

Mrs Attakora said under Article 145(2a) and 4, a justice of the Supreme Court, who attained the self mandatorily 70 years might continue in office not exceeding six months after attaining that age to enable that judge to do any other thing in relation to any case being handled before attaining that age.

She said there was no ambiguity or confusion as to whether it was the President or the Chief Justice, who granted an extension to a judge previously determining a case to continue with that matter for a limited period.

She said the appointment and removal from office of a justice of the superior court was different from an extension to a judge previously hearing a case to continue with the matter for a limited period and the constitution handled them differently.

The DPP said there was no confusion about the fact that it was the President who appointed the Chief Justice, the Supreme Court, Court of Appeal and high court judges, while Article 144 dealt with such appointments and 146 also dealt with their removal from office.

She said the trial judge was within the period given him by the Chief Justice and he had the jurisdiction to continue to hear the case.

“This application is frivolous, without merit and a calculated plot to waste the precious time of this court and it should be dismissed as such,” she added.

The Court presided over by Justice Clemence Jackson Honyenuga, a Supreme Court Judge, dismissed the application, saying article 145(9) must be read in conjunction with article 139.

He said Chief Justice as the administrative head of the Judiciary, had the power under the constitution to grant an extension to a retiring judge.