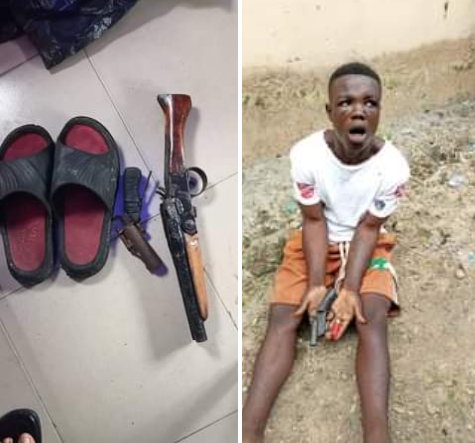 Operatives of the Delta State Police Command have arrested a suspected armed robber  in Warri area of the state.

Spokesperson of the command, DSP Bright Edafe, who disclosed this in a statement on Monday, October 10, 2022 said one locally made cut-to-size double barrel gun and short gun were recovered from the suspect.

“On 9/10/2022, Operatives of the Command Eagle-Net Special Squad while on Aberdeen patrol in Warri, sighted a male passenger carrying a mini bag who on sighting the Police, alighted from a mini bus and fled with the bag,” the statement read.

“His action was suspicious hence the operative went after him. The suspect on noticing that the Policemen were closing up on him, abandoned the said bag and escaped into a nearby river. Upon searching the bag, one locally made cut-to-size double barrel gun and one locally made short gun were recovered. Efforts are on to arrest the fleeing suspect,”

The PPRO also noted that another suspect, Famous Olotu, was arrested with a one locally made cut-to-size gun loaded with one live cartridge.

“In another development, on 5/10/2022, Police operatives attached to Oghara Police station led by the Divisional crime officer (DCO) while on stop and search duty along Ibori Road, Oghara in Ethiope East LGA, intercepted one Famous Olotu ‘m’ age 35yrs and subjected the suspect to a search during which, one locally made cut-to-size gun loaded with one live cartridge was recovered from him. Suspect was immediately taken into custody and the investigation is ongoing.” he added.

Meanwhile, the State Commissioner of Police, CP Ari Muhammed Ali, assured members of the public that the Command will leave no stone unturned in the fight against crime and criminality in the State.

To this end, the CP mandated all DPOS, and Tactical Commanders to ensure sustenance of raids of criminal hideouts/black spots in their area of responsibilities. 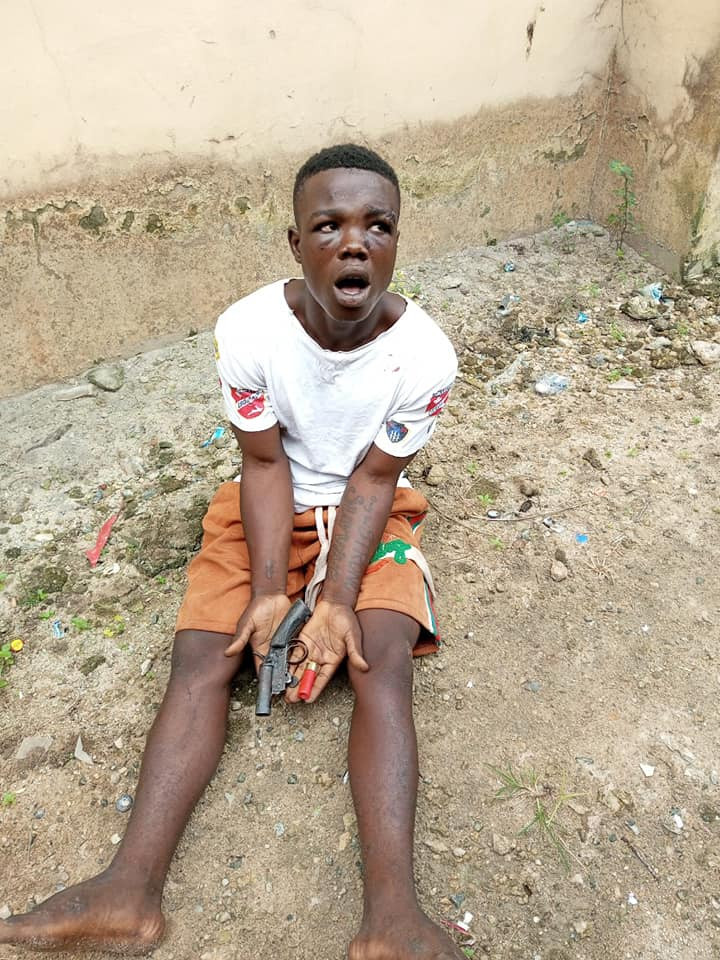 I eat lots of hearts and liver