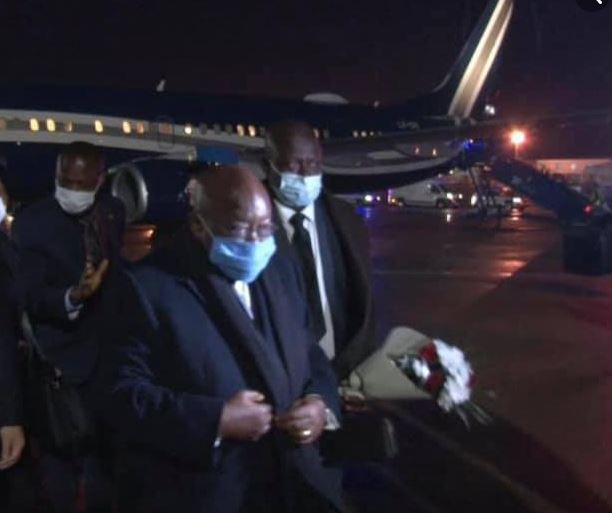 As part of the trip, the President will on Monday, 10th October 2022, receive an Award of Honoris Causa from Sorbonne University in Paris. It will be the third Honorary Doctorate Degree to be conferred on him.

It will be recalled that the first was an Honorary Doctor of Law Degree conferred on the President in May 2016, by the celebrated Fort Hare University of South Africa; and the second, in December 2017, was an honourary Doctor of Humane Letters Degree from the University of Liberia.

A statement issued on October 9, 2022 said, “Prior to receiving the Honorary Doctorate from Sorbonne University, the President will address the Executive Board of the United Nations Educational, Scientific and Cultural Organization (UNESCO) at its 215th Session.”

While in France, he will also address the Asia Society Forum on the theme, “To Act in Troubled Times: new perspectives from France, Asia, Africa and the world”, and commission the refurbished Chancery building of Ghana’s Embassy in Paris.

President Akufo-Addo was accompanied by the First Lady, Rebecca Akufo-Addo; the Minister for Foreign Affairs, Hon. Shirley Ayorkor Botchwey; the Minister for Education, Hon. Yaw Osei Adutwum, MP for Bosumtwe; and officials of the Presidency and Foreign Ministry.

The statement announced that the President will return to Ghana on Friday, 14th October, 2020. “In his absence, Vice-President Dr. Mahamudu Bawumia, shall, in accordance with Article 60(8) of the Constitution, act in his stead,” the statement added.