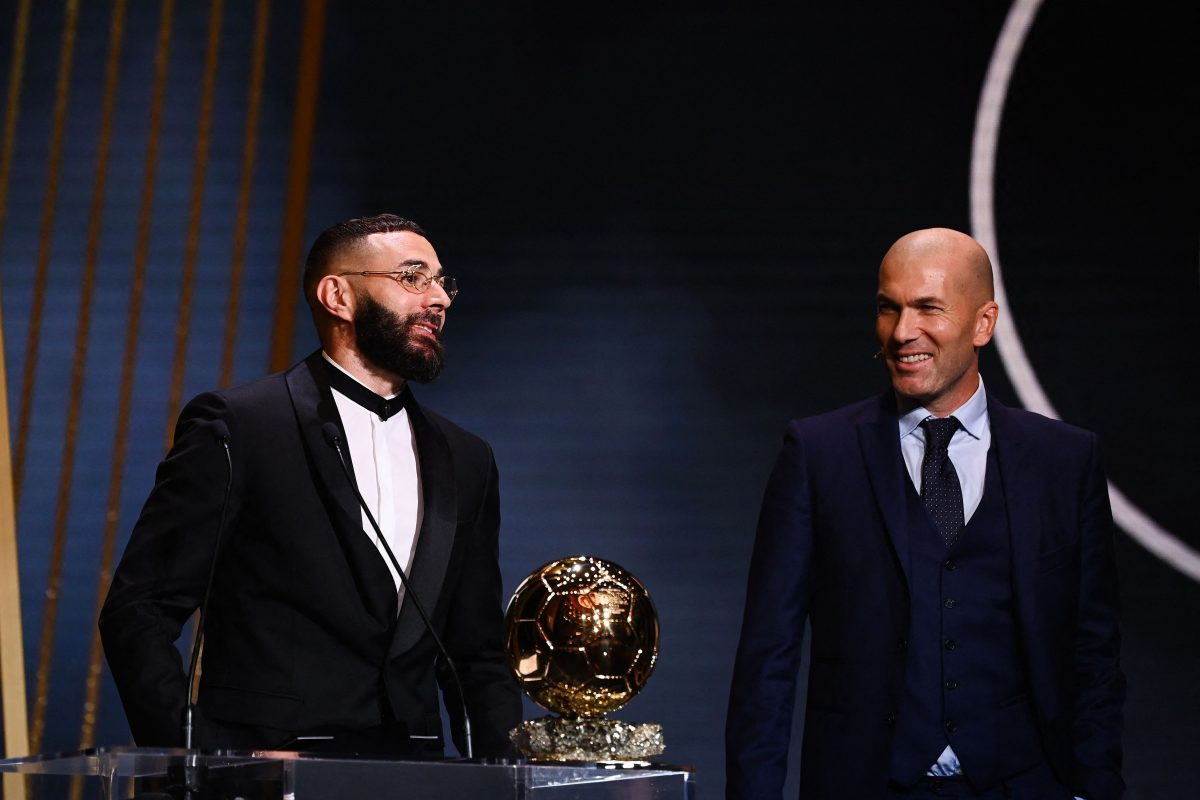 This comes after the French striker, 34, claimed the 2022 Ballon d’Or award on Monday ahead of runner-up Sadio Mane and third-place finisher Kevin De Bruyne. Benzema netted 44 goals for the Spanish giants last season, leading his side to Champions League and LaLiga glory.

Fellow France and Real Madrid legend Zidane, who presented the coveted trophy to Benzema at the ceremony, has now claimed that the forward is the best striker in the history of his country.

Zidane, who won trophy in 1998, told L’Equipe this week: ‘The best striker in the history of French football? Everyone has their favourite player.

‘Some people will tell you it’s Jean-Pierre Papin with his exceptional goals, others will talk about Michel Platini.

‘For me, it’s Karim, yes, because I’ve been around him and I know what he’s worth. In any case, he deserves to be very high.

‘I wish him to continue for a long time to go for records and to shine on the field, with Real Madrid, and with the French team. He is capable of going even higher.’

After claiming the prestigious award, Benzema said: ‘This prize in front of me makes me really proud.

‘When I was small, it was a childhood dream, I never gave up. Anything is possible.

‘I’m really proud of my journey here. It wasn’t easy, it was a difficult time for my family as well.’

Microsoft lays off nearly 1,000 staff worldwide as share price plunges 30% in a year