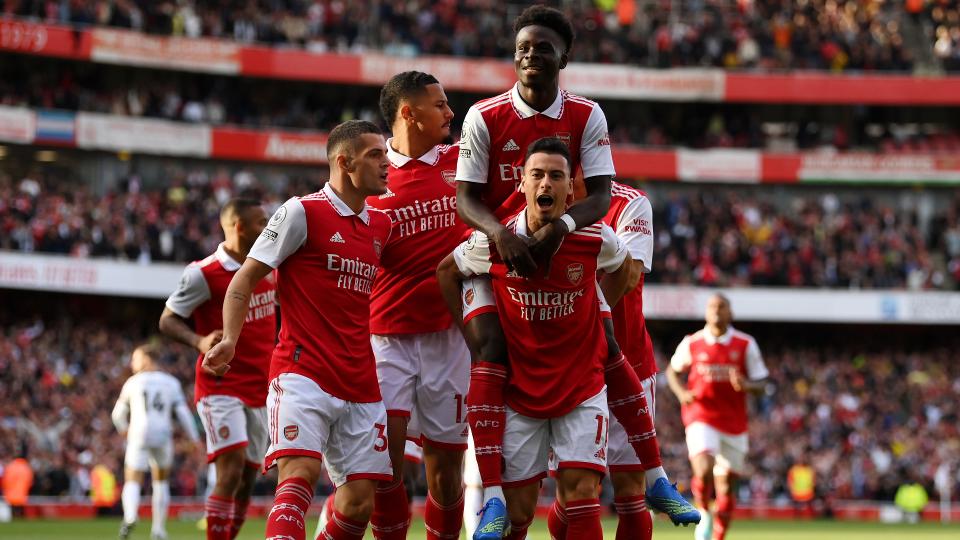 Bukayo Saka’s penalty settled a thrilling encounter and put Arsenal back on top of the Premier League with victory over Liverpool at Emirates Stadium.

Arsenal got off to a perfect start when Gabriel Martinelli put them ahead after 58 seconds but Liverpool responded well and striker Darwin Nunez deservedly got them level when he slid home Luis Diaz’s cross after 34 minutes.

Saka restored Arsenal’s lead in first-half added time after Martinelli broke clear on the counter-attack only for Liverpool to level once more eight minutes after the break when substitute Roberto Firmino, on for the injured Diaz, fired beyond keeper Aaron Ramsdale.

Liverpool, who felt they were denied a penalty when defender Gabriel handled in the first half, felt a further sense of injustice when Thiago Alcantara was penalised for a challenge on Gabriel Jesus with 14 minutes remaining, with Saka coolly converting from the spot.